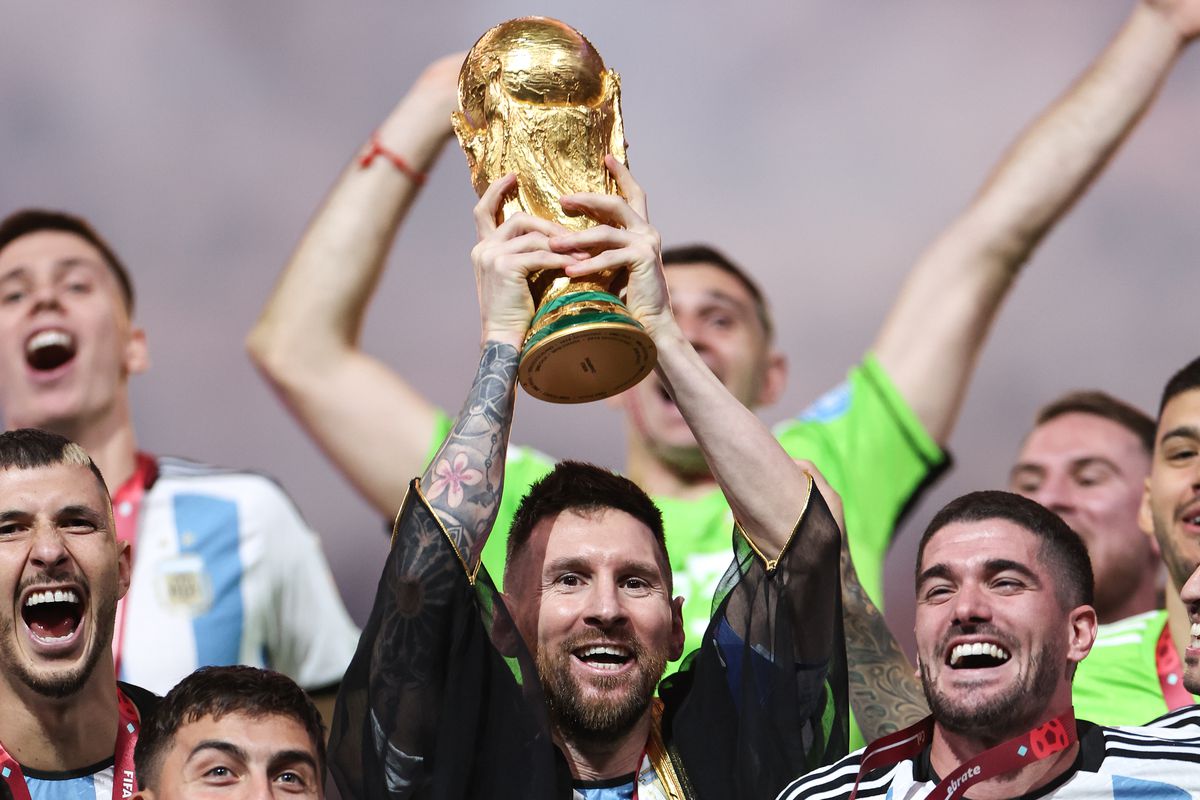 A look back at Lionel Messi’s career

On Sunday December 18, famed football player Lionel Messi helped the Argentenian national team secure their spot as the Qatar 2022 World Cup Champions. Messi was dressed in a black and gold bisht – a celebratory garment and a sign of respect and honor – by Qatar’s Emir Sheikh Tamim bin Hamad Al Thani, before finally getting his hands on the trophy.

The Argentinian team was off to a rocky start at the beginning of the tournament, when they lost to Saudi Arabia with a score of 2-1 during the opening game.

Yet the team was able to quickly recover, with Messi emerging as the team’s key player. He was named Man of the Match in five games this tournament, with 11 titles in total – a record number.

Messi is largely regarded as one of the greatest players of all time, with many awarding him the title of greatest of all time. Messi first made his international debut in 2005, when he won the FIFA World Youth Championship. In the following year, he became the youngest Argentinian player to ever play the World Cup and score.

Over the course of his international career, he has scored 98 goals, 13 of which were done in the World Cup – a record he still holds for Argentina. In total, he has played 26 World Cup games, making him the player with the most appearances in the tournament.

Despite his many successes since the start of his international career, becoming a World Cup champion has often eluded Messi up until this year’s tournament.

He began his career by joining Barcelona’s youth academy when he was only 13, and has since then, spent most of his professional career playing for the club.

He holds the record as the club’s top scorer and player with the most appearances, scoring 672 goals over a total of 778 games.

In 2021, Messi shocked the world when he transferred to the French club PSG. Since then, he has made 53 appearances for the club, scored a total of 23 goals and assisted 29 times. During this season, he was also successful in winning the Ligue 1 title, in addition to the French Super Cup in July 2022. Other honorable members of the team include Neymar Jr. and Kylian Mbappe.

On an individual level, Messi has won seven Ballon d’Or awards, two World Cup Golden Ball awards, and one FIFA World Player of the Year. He has also won six European Golden Shoe awards, and has earned the title of Argentina’s Footballer of the Year award 14 times.