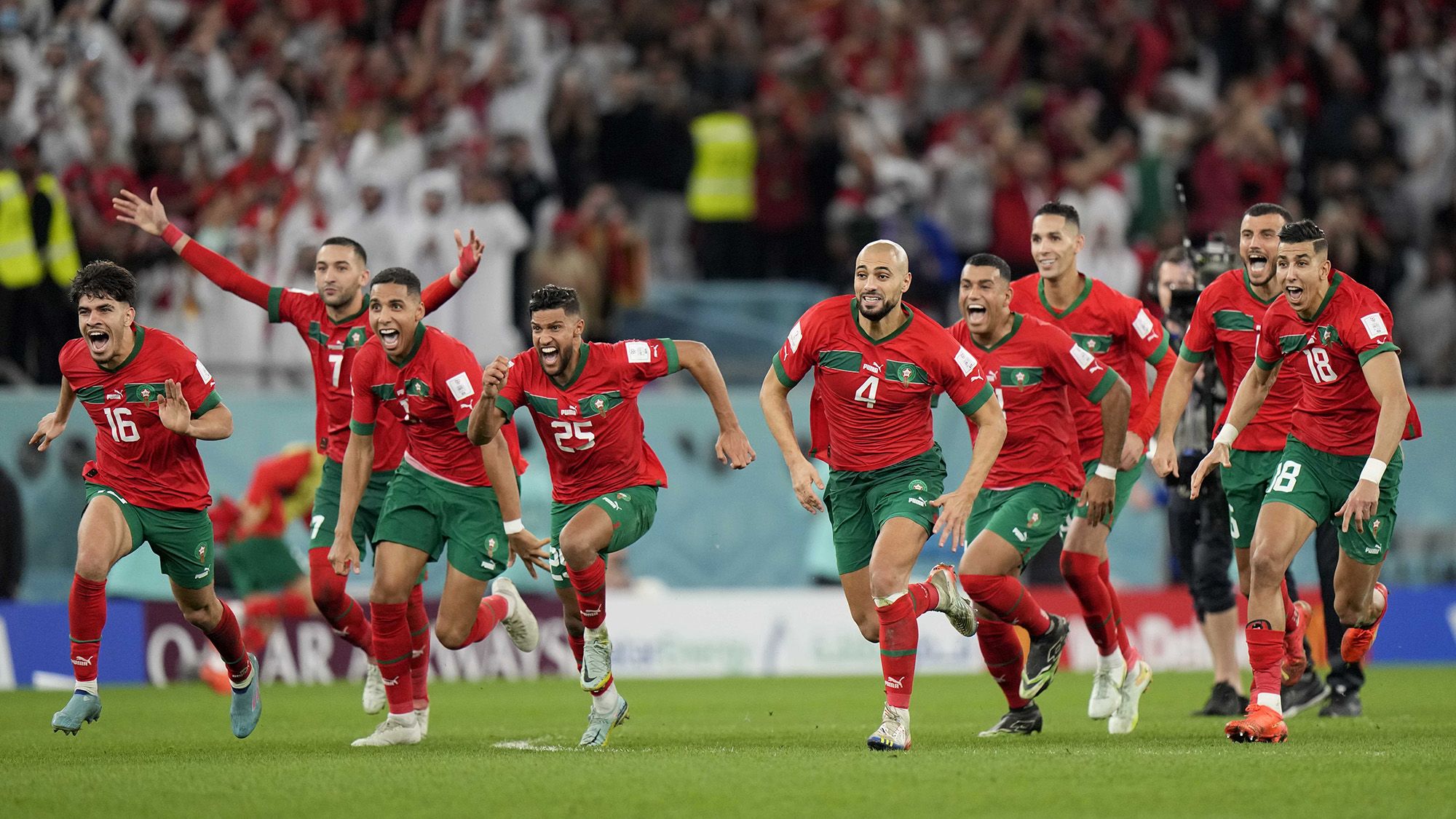 The 2022 FIFA World Cup was quick to be known as “the year of the underdogs,” with teams like Saudi Arabia, Tunisia, Japan, Cameroon, and South Korea defeating football giants such as Argentina, France, Spain, Germany, Brazil, and Portugal.

However, as we reached the knock-out stages, most of these teams were eliminated, going down with pride after having given us some of the greatest sporting upsets in recent years.

Only Morocco remained as the sole representative of countries geographically located outside of Europe and South America. The country went on to become the first Arab and African team to reach the semi-finals, before ultimately losing 2-0 against France.

Morocco’s achievement showed a true worldwide aspect of the tournament, with the semi-finals having two teams from Europe, one from South America and one from Africa. This is a sharp contrast to the previous world cup, where only European teams played the semi-finals.

The North African kingdom shocked the world and gained viewers’ love. As many have already pointed out, Morocco may have lost the match, but they won over millions of fans’ hearts.

Looking at the team’s players, however, makes their impressive results a bit less surprising. Yassine Bounou, the now-famed goalkeeper who blocked every Spanish penalty shot in the Round of 16, plays for the Spanish Sevilla Football Club and received the Zamora Trophy for his performance as a goalkeeper during the 2021-2022 Spanish league.

Defender Achraf Hakimi plays for the elite French team Paris Saint-Germain, and midfielder Hakim Ziyech plays for the English Chelsea Football Club. The rest of the team also come from famous local and international clubs and have proven themselves time and again as fearful opponents.

While some have tried to discredit Morocco’s wins as “lucky,” the team’s strategy is to be commended. The decision to focus on the team’s brick wall defense, putting the spotlight on Bounou, allowed them to not concede a single opposing team goal before the semi-finals. The team’s performance proves that they deserve to be in the top four of this tournament.

That did not save the team from being subject to racist attacks.

German media was quick to call the players antisemitic for raising the Palestinian flag after their wins, and one outlet even compared them to ISIS because some players raised their index finger in the air.

Moroccan fans in Europe were also criticized for rioting after certain match wins, with some accusing them of not properly integrating European society (which, ironically, includes plenty of European fans rioting after football games). Racist remarks have, overall, overshadowed opportunities to have legitimate discussions about Morocco’s human rights record or its occupation of Western Sahara.

These incidents, however, pale in comparison to the amount of love and joy expressed by Moroccans, Arabs, Amazighs and others around the world who decided to rally behind the Atlas Lions.

Despite the attempts to discredit the team, the historic achievement Moroccan players have reached cannot be denied. As great as it would have been to see them reach the final, the Moroccan team gave us moments we will never forget.