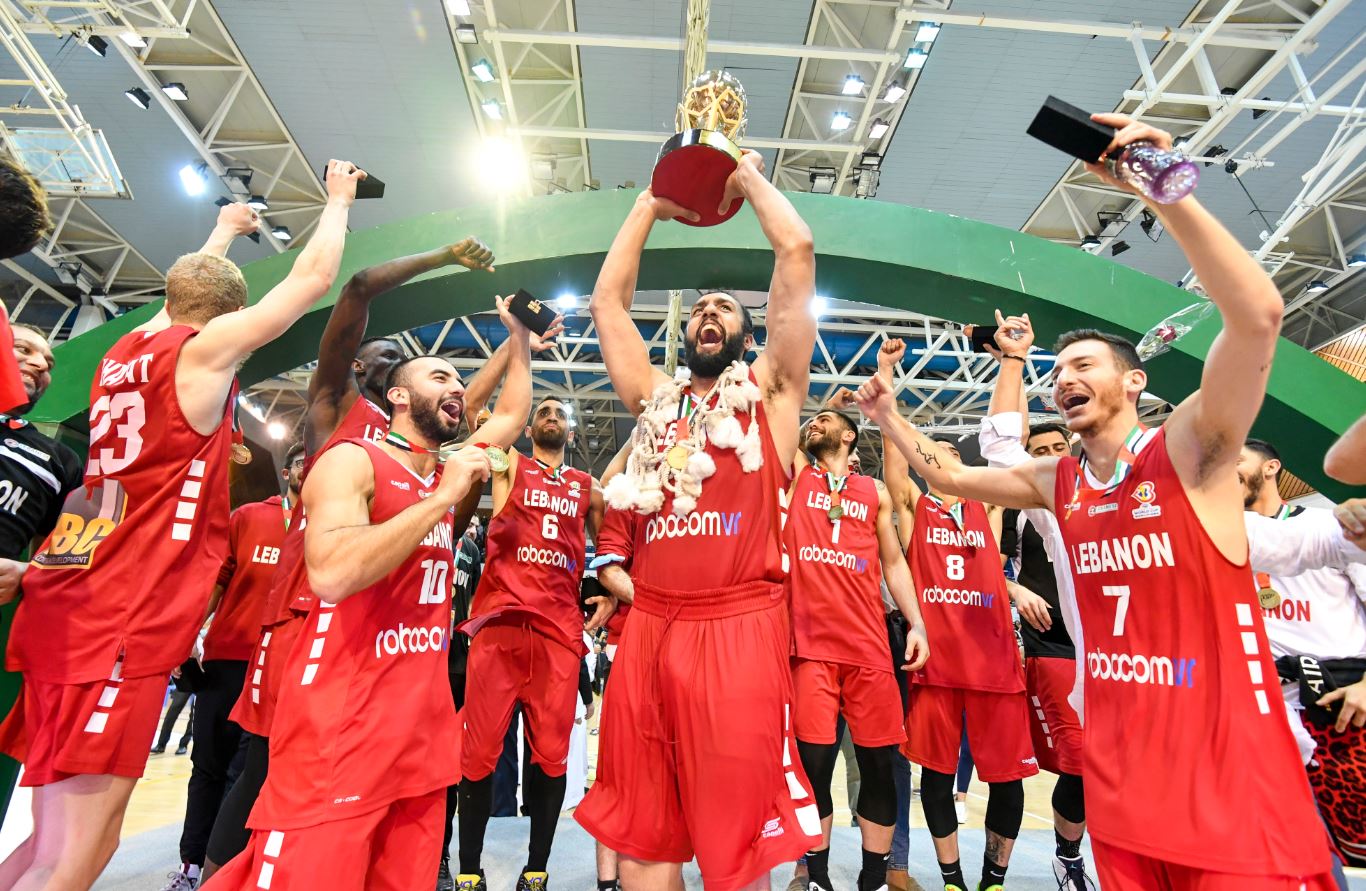 The team scored 72 – 69 in the final match on Wednesday evening against the Tunisian national team at Al-Nasr Club Hall in the United Arab Emirates.

Lebanon won by only a three point difference, emerging victorious despite Tunisia being in the lead by nine points during the final five minutes of the game.

Coach Jad El-Hajj changed tactics, focusing on strengthening the defense of the team and causing confusion among the Tunisian players. With only two minutes and 30 seconds left in the fourth and final quarter, Lebanon was able to counter the difference.

In the last 50 seconds of the game, Lebanon was leading by only one point, before two free throws allowed them to gain another two and just narrowly defeat Tunisia.

Player Wael Arakji led with a total score of 22 points, captain Ali Haidar followed with 16, and Sergio Darwish with 14.

The Dubai stadium was nearly full with Lebanese fans who had all gathered together to cheer on their country, with large crowds remaining outside for support after being unable to secure entry.

The team is expected to return later today to Beirut, before it will partake in the qualifying games of the Asian zone for the FIBA Basketball World Cup 2023.

On Thursday February 24, Lebanon is expected to face off with Jordan in the capital Amman, before playing against Saudi Arabia in Jeddah on Sunday, February 27.

Similarly, the Lebanese women’s basketball team won the second division of the Asian Championship back in November 2021—qualifying to the first division for the first time in 10 years.