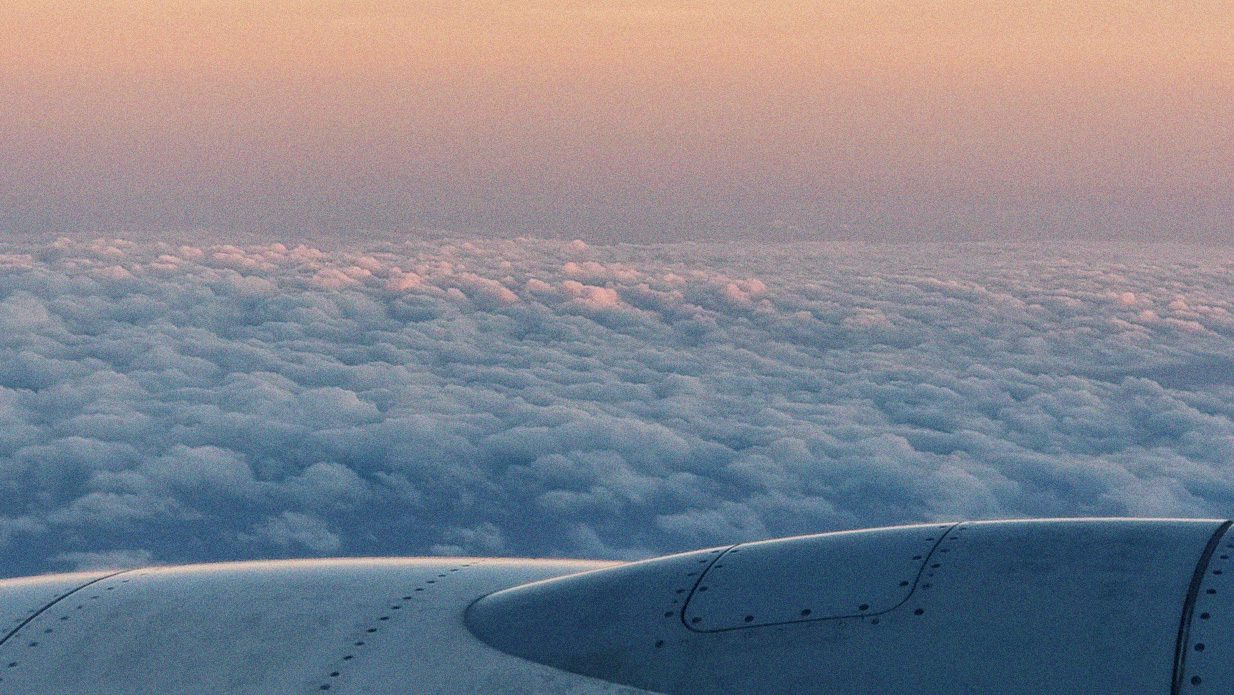 “It got to a point where the conditions are unlivable. Even when leaving, I remember myself dragging my suitcases down my building’s stairs because there was no electricity. This was the type of farewell I got,” said Reem Ezzedine, a young Lebanese woman who chose to pursue her higher education in Denmark this year.

Yet again, Lebanon is witnessing one of the biggest waves of emigration in its history. The Crisis Observatory at the American University of Beirut recently warned of a “third mass exodus” from Lebanon as difficult socio-economic conditions heighten and the political crisis worsens.

The observatory highlighted three dominant indicators present in Lebanon that indicate the beginning of a wave of mass emigration: A high chance of emigration among Lebanese youth, the extensive emigration of skilled professionals, and the prolonged crisis Lebanon is witnessing.

“In a sense, I felt like I was forced to leave, especially after building myself a foundation of friends and connections in Lebanon,” said Ezzedine. The young student is not alone in her drive to leave the country. According to the 2020 Arab Youth Survey, around 77 percent of youth residing in Lebanon want to leave.

With 70 percent of emigrants aged between 25 and 35 years, the country is losing human resources and a chunk of its youth. As such, mass migration is expected to leave severe long-term repercussions on Lebanon and worsen its already-deep crisis.

In history: Lebanon’s waves of emigration

Mass emigration usually occurs when a country is in crisis, with citizens pursuing better opportunities, safety, and stability for themselves and their families abroad.

Between the late nineteenth century (1865) and the end of the middle of the first World War (1916), 300,000 residents left Mount Lebanon. Similarly, 990,000 residents emigrated from Lebanon during the country’s gruesome Civil War (1975-1990). These two periods mark the first and second waves of mass emigration respectively, according to the Crisis Observatory.

Lebanon’s third wave of mass exodus is happening right before our eyes.

By the end of 2019, online searches of the word “emigration” reached its highest among Lebanese citizens in five years.

Statistics from Beirut-based independent research and consultancy firm Information International and NGO Labora Foundation suggest that, so far, the number of Lebanese citizens who left the country in 2021 ranges from 150,000 to 250,000.

Should I stay or should I go? A daily battle

Youth battle with staying or leaving Lebanon every day. While the October 17 uprising brought hope for a better future, the following years and worsening conditions left many hopeless.

“I do feel patriotic towards my country and I try to contribute when I can,” said Ezzedine. “I want to make a change in Lebanon but I’m not sure I will, especially if I was not provided with the basic needs and chances to do so. At some point, I need to think of my own survival and my own progression.”

Despite abysmal conditions, romanticizing the Lebanese situation has become all-too-common. In recent years, the word “resilient” emerged as a popular adjective to describe the Lebanese as citizens who can endure many struggles while living to the fullest.

Read also | After the Beirut blast, the Lebanese people have grown tired of being resilient

Along these lines, the tourism minister recently announced “I love you in your madness” as the catchphrase for the new national campaign promoting tourism in Lebanon.

As romantic as it sounds, it doesn’t hide Lebanon’s ugly reality: Lebanese citizens, specifically the youth, are forced to choose between leaving their homes and starting over from scratch or staying put and paying the price.

Oftentimes, economic circumstances do not permit them to choose at all—they end up trapped in a country with no job opportunities and access to proper education. Despite the helplessness, many activists and independent groups continue their fight to change the system.

Zein Bazzi, who is currently studying and working in Germany, sees change as a complicated topic.

“On one side, you want to contribute to your country, but on the other side, you always ask yourself: How can I make a change if the system is working against me?” Bazzi told Beirut Today.

“I planned to leave the country years ago and not only because of the recent crises but because I could not see a future where I was.”

Securing a better future in Lebanon will take decades with the current crises, and the World Bank reported that a return to the country’s 2017 GDP levels will take between 12 and 19 years.

While many Lebanese have found their way out of the country, other vulnerable communities are left to deal with the crisis on their own.

Citizens living below the poverty line, now more than 75 percent of the Lebanese, and refugees do not have the privilege or resources to emigrate.

The economic crisis and the devaluation of the Lebanese currency have made it much more difficult for them to secure funds to travel and live abroad—especially given that the purchasing power of salaries in Lebanese liras has collapsed and the national currency has lost more than 90 percent of its value.

Buying a ticket to travel and putting down payments on housing abroad have become too difficult. Even more essential, securing basic necessities such as gasoline for transportation, food, and 24/7 electricity has become virtually impossible with inflation rates.

Many rely on external funding and scholarships, while others impatiently wait for any door to open. When it comes to refugees, even securing a scholarship might not be enough for them to emigrate.

Manal Makkieh, a Palestinian residing in Lebanon and the founder of Kayani Project for Palestinian females, is one of the many refugees who are struggling to leave due to their status.

“Our travel documents are not recognized by multiple countries, thus making our access to opportunities even more limited. Rejections, bureaucracy, and political powers are all factors that limit or even prohibit the refugees’ chance to emigrate,” said Makkieh.

Makkieh has faced multiple rejections to opportunities abroad because she is a refugee. While she was able to secure a scholarship earlier this year to complete her Master’s degree in Portugal, she had to deal with multiple challenges on the way. Her visa application was not processed in the first place and the processing time exceeded six months.

“My case is similar to many other refugees who had to let go of their scholarships because of travel restrictions,” she told Beirut Today. “I was very close to giving up this year on my scholarship, but after raising awareness on social media and reaching out to Portugal’s parliament, I was able to make it work.”