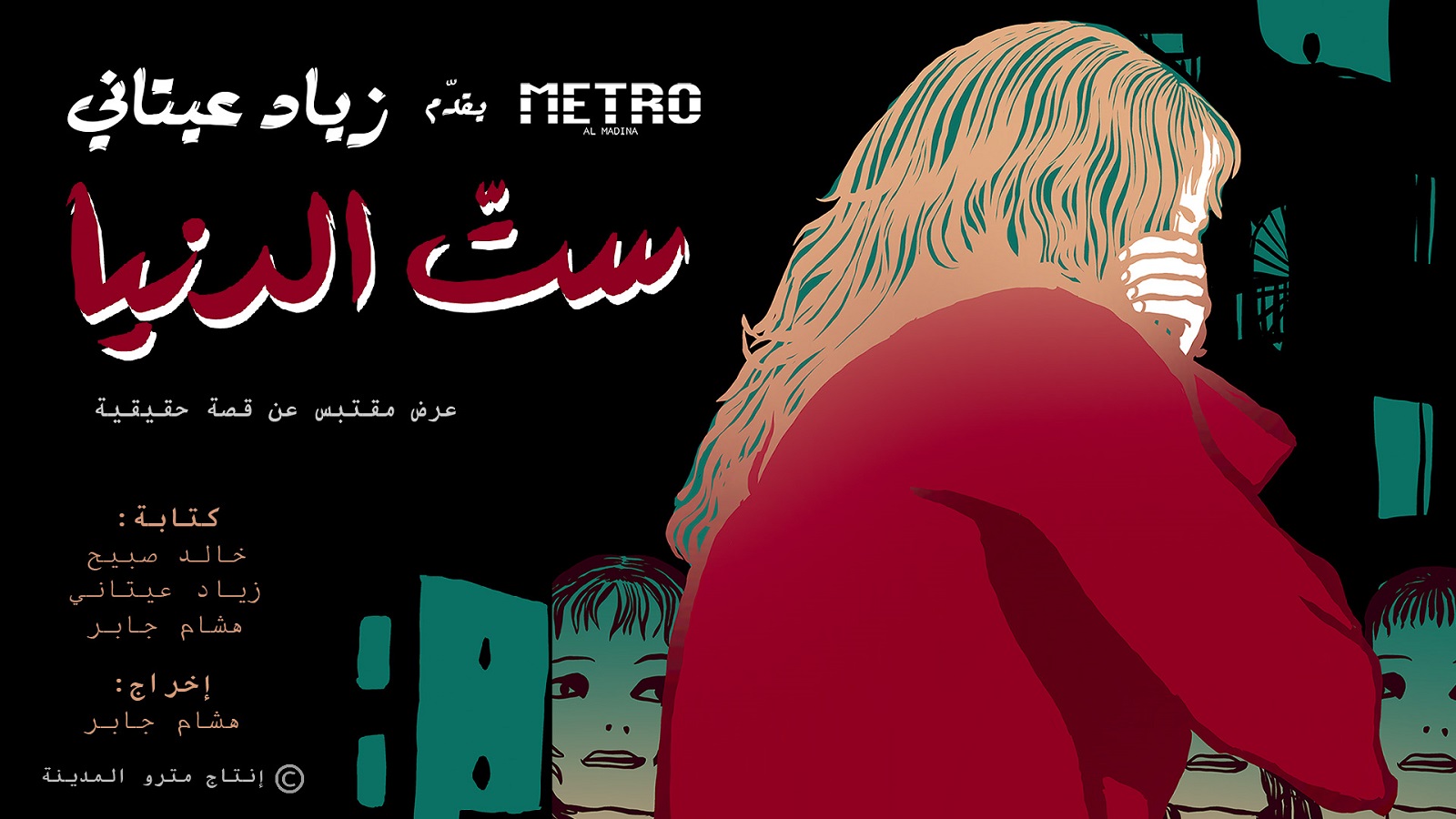 Lebanese actor and playwright Ziad Itani returns to the stage with “Sett el Dounia,” a play exclusively starring him in the role of 80-something-year-old Amira as she reflects on her life in her modest home in Ras Beirut.

The play, written by Hisham Jaber, Khaled Soubeih and Ziad Itani, runs for around an hour and 25 minutes. It follows Amira as she recounts her life’s events, spotlighting characters of her past and the turning points of her life’s journey.

Itani peculiarly immerses himself into the role of the woman and breaks the barrier between him and the audience. Amira makes you feel like you’re a beloved guest of her home, smoking nargile with her on a bench as she engages you in conversation.

You become familiarized with the characters of her life: her children, her ex-husbands, her father, and everyone else she has crossed paths with. You share her every emotion—the comical retelling engages you in gut-wrenching laughter, mostly because that is the only way Amira can retell her tragedies. She shrouds them with hilarious anecdotes and imitations that make you forget how tragic and heartbreaking the events that transpired truly are.

Yet in doing so, Itani presents us with a format we are all too familiar with: When faced with life’s many obstacles in Lebanon, we seek laughter. Sometimes, it is the only way we and Amira can face the seriousness of the situation. At other times, it is simply because the events are too absurd to understand.

Over the course of the play, Itani touches on essential social issues we encounter in Lebanon: Horrors such as child marriage, harassment, and the harsh reality of women under the patriarchy are subtly ingrained into the script.

I must admit, at first, the play confused and perplexed me: You have no time to gather your thoughts before Amira launches into yet another story of her life, often without context or details—those you simply pick up as the play progresses.

The idea of a man playing a woman does leave you questioning just how accurately or earnestly Itani and the rest of the writers could portray women’s struggles if they had never experienced them. But as it goes on, you grow fond of her character. Her mannerisms, thick Beiruti accent and love of certain words remind you of family, friends, and all those in between.

She makes all her life’s tragedies seem like just another good story to tell, but in truth, she questions what people have often called “the golden age” of Lebanon. To her, this was anything but a “golden age.” There were no romanticized, beautiful days for a girl forced to grow up far before her term.

By the end of it, you have grown empathetic and loving of her character. Itani received a whopping round of applause as he took his final bow.