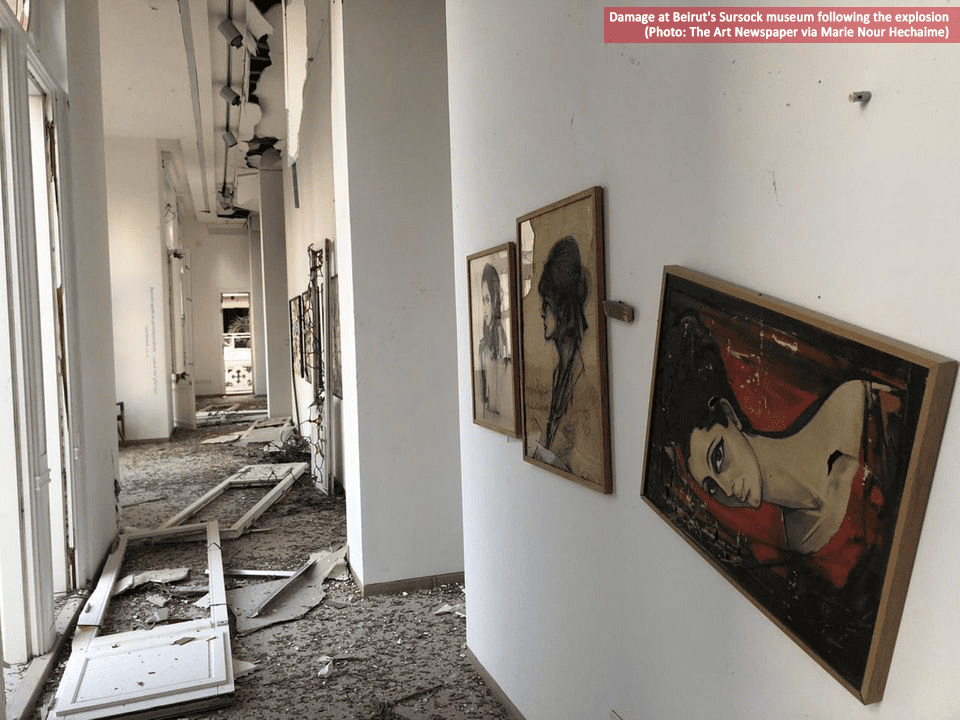 The Beirut blast has left no stone unturned in the capital’s bustling neighbourhoods. The city that was once praised as a bustling culture, fashion and art hub now finds its creative industries struggling to make ends meet.

Musicians, producers, theatre initiatives, and fashion designers have all sustained significant damage to their businesses and projects following the blast. The deteriorating economic situation coupled with a lockdown due to the COVID-19 pandemic already proved challenging enough for Lebanon’s creative industries, which receive no governmental support and struggle to grow.

Creatives are now facing the horrific consequences of the aftermath: Restore their equipment and, with it, their ability to continue producing in Lebanon or shut down their businesses and projects.

To rebuild and restore Lebanon’s creative industries, individuals and non-governmental organizations (NGOs) have begun seeking donations and aid from anyone capable of contributing. Here is an essential list of funds to help revive Lebanon’s creative scene:

Tunefork Studios, a Beirut-based recording studio, has created a fund to help support musicians, producers and sound engineers whose gear was heavily damaged during the explosion.

Founded by musician and sound engineer Fadi Tabbal in 2006, Tunefork Studios has been home to Lebanon’s most prominent musicians over the past few years. The Incompetents, Scrambled Eggs, Postcards and Kinematik are some of the few bands to have produced music with the studio.

According to a recent post on social media, Tunefork estimates that the damage adds up to almost $35,000. They are seeking monetary contributions from NGOs, funds, and individuals alike. Donations are currently being collected via Instagram DMs at @tuneforkstudios and email at [email protected].

Theater Relief Group is composed of “a group of theatre practitioners in Lebanon who have come together in a state of emergency after the explosion that took place in the port of Beirut on August 4, 2020” as per a statement on their Facebook event page.

To help aid the theater community during these trying times, they have launched a Facebook event under the title of Beirut, No Show Tonight where individuals can access an ihjoz.com page to purchase a ticket for a “performance that will not happen.”

The proceeds of these tickets will then go towards theatre spaces and communities in urgent need of aid. The event will be running until August 27.

“Super Fund was originally slated to launch in fall 2020 with a mandate to fund social and environmental justice. Today we are accelerating the launch, given the August 4 explosion in Beirut…Designers, fashion ateliers, libraries and cultural centers have been reduced to rubble,” as per a statement on the foundation’s website.

They will be dispatching grants to individuals and organizations working on the ground through their five year plan to fundraise and strategically distribute funds.

The first phase of this plan will be to secure funds for the design sector who is receiving no other forms of aid. Some of the designers they are supporting include Alexandra Hakim, La Terre Est Folle, Lara Khoury, and Sarah’s Bag.To donate, head to the Slow Factory website.