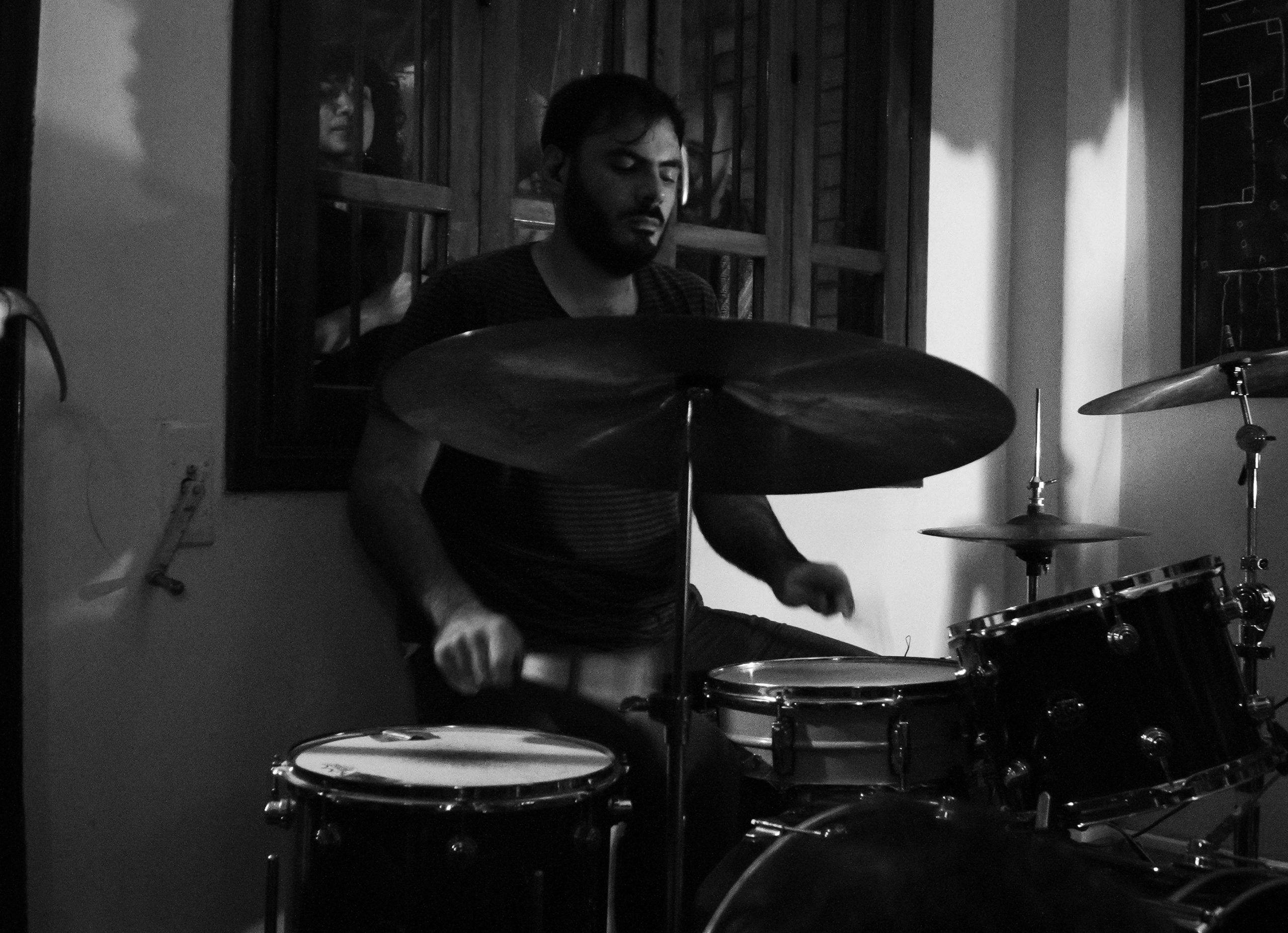 Onomatopoeia and Tunefork Studios recently launched “On Shuffle,” a periodic fundraising event curated by the production studios to support the music hub during the ongoing economic crisis. The event comes after a series of similar initiatives were taken by local musicians to preserve the spaces that support them.

In December of last year, The Quiet Sanctuary, a local drone collective constituting of some of Beirut’s most renowned musicians, held a concert in support of Onomatopoeia. In early January of this year, local band Postcards held a concert in Metro al Madina with a “pay-what-you-want” entry fee, with all proceeds going to support the local venue.

With the country’s public spaces continuously facing the risk of shrinkage or total disappearance, artists are now facing a similar threat with their spaces. Onomatopoeia, since its inception in 2013, has worked towards “spreading music culture and making it more accessible to various individuals,” as written in a statement on their Instagram page.

The hub has “created a platform for music-related activities, operated as an NGO offering affordable music courses for underprivileged kids, and provided work opportunities for many musicians.”

As the economy further plummets towards total stagflation, these spaces and many others may soon be facing severe financial issues that could threaten the continuity of their businesses.

Just earlier this year, Metropolis Sofil, was forced to shut down after 14 years of operation due to a sudden decision by Empire Cinema Circuit. The Circuit previously managed the venue technically, financially and operationally.

The cinema was the only one of its kind in Beirut, showing various different types of Lebanese and foreign cinema that never air on commercial screens. It was home to various film festivals and filmmakers alike who found comfort in having a space to display their work.

The economic crisis is a threat to all, but to local businesses, it is potentially lethal. Foreign and governmental aid has given us nothing but constant disappointments in the face of difficulties, but in dire situations like these, falling back onto each other is the only solution we have.

When the government adopted a repellant attitude towards artists and creatives, providing them with no funding or grants to operate and very few spaces for expression, small local businesses like Onomatopoeia stepped in to fill the gap.

“The way we see it, the alternative music scene has a very small following compared to, for example, Arabic pop or EDM. Over the years, most venues that opened and that catered to this scene suffered terribly. We’d like to think of the musicians here as a community and we thrive in spaces like Onomatopoeia,” said Beirut-based math-rock band Kozo. Kozo took part in the first “On Shuffle” concert in mid-February.

“Any time one of these places suffer, we all suffer as a community and that’s why we all work together to keep them afloat and keep ourselves afloat,” added the band.

As they face the unknown, we are held with the responsibility of aiding our spaces and artists in their time of need. Whether it’s by shopping local products, attending events like “On Shuffle” or donating towards the preservation of these spaces, every effort is now more vital than ever.

The next “On Shuffle,” featuring Elias M, Cheryl G, and Philippe M, is taking place on March 5.