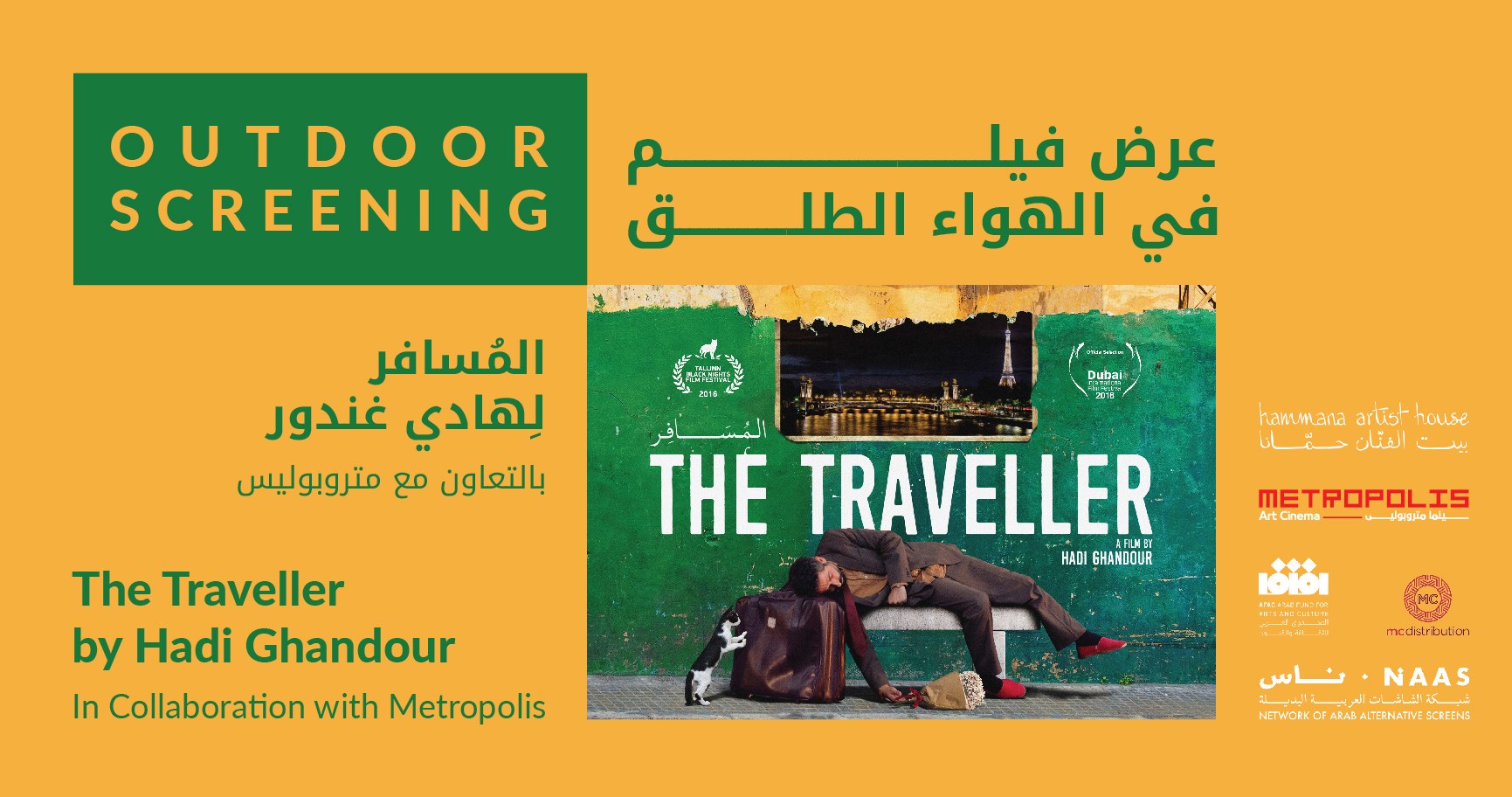 Metropolis Cinema returns to business with series of screenings

Metropolis Cinema has returned to business after announcing “partnerships with various cultural institutions, spaces and initiatives in Lebanon to bring you a series of outdoors screenings taking place across the country.”

The cinema, home to local film festivals and independent movie screenings, announced its indefinite closure in January due to financial difficulties imposed by the country’s ongoing economic crisis.

The first art-house cinema in Lebanon, which opened in 2006, will return this Sunday with an outdoor screening of The Traveller at the Hammana Artist House following a lengthy cessation of activities.

The screening of the 2016 comedy by screenwriter and director Hadi Ghandour will be conducted with accordance to COVID-19 social distancing measures and is expected to be the first of many.

“With the last few months having been challenging and hardening for all us, we feel that we would like to keep creating meaningful connections and start coming together again around the films that we love,” reads a Facebook post from Metropolis Cinema.

For years, the cultural scene found difficulty in obtaining support from both the government and the people. Advancing the local music, theatre and art scenes has often been neglected in favour of importing Western media products.

While other cinemas in Beirut witnessed heavy flows of viewers during weekends, Metropolis’s theatres were often scarcely filled by anyone other than adamant supporters and lovers of independent cinema.

“Funding is our greatest enemy,” Aliya Khalida, Ph.D., lecturer at the Lebanese American University and seasoned stage director, previously told Beirut Today in an article on the local theatre industry.

The Ministry of Culture does provide Metropolis with a small grant, but one that “never exceeds 5 percent of our budget,” Hania Mroue, founder and director of Metropolis Art Cinema, previously told the Daily Star.

In September 2019, Metropolis launched its first fundraising campaign given the “financial discomfort the country is now in.”

Since then, nothing has improved. The effects of the devaluation of the Lebanese lira and dollar crisis seeped their way into every corner of life in Lebanon, with local businesses taking a heavy hit.

The COVID-19 pandemic also made operating in Lebanon more tiresome, with many art spaces and cultural venues forced into closure. The outbreak also discontinued the work of independent bookstores and coffee shops, including Dar Bistro and Books, which indefinitely shut its doors as of mid-May.

“This has been an extraordinarily difficult decision made after much deliberation, calculation, and soul searching,” announced Dar Bistro on social media around two months ago.

Similarly, lockdown measures obligated theatres, bars, music venues and more to suspend their work in mid-March. As of now, some are still closed while others open at 50 percent capacity, meaning lower profit for the second half of the year and mounting fears of bankruptcy.

When the theatre bid us goodbye, many questioned the future of Lebanese cinema in the face of the crisis. As promised, Metropolis has returned to work. Perhaps now we can take solace in the theatre slowly returning to its regular routine.