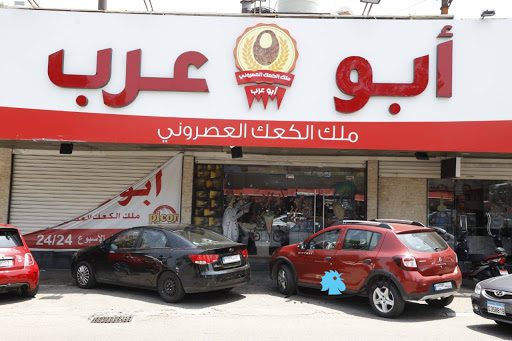 Abou Arab “reviews decision” to shut down all branches

Abou Arab, the bakery famous for making the “best Kaak in Lebanon,” told L’Orient Le-Jour that it was reluctant to shut down its doors.

The same communications officer at the bakery had previously said that Abou Arab could no longer afford to pay suppliers in dollars.

Earlier in the day, news circulated that Abou Arab would be shutting down until further notice due to the impact of the country’s worsening economic crisis after a statement from the bakery circulated on social media.

The statement could be found on Abou Arab’s Instagram stories, now gone after the 24-hour limit.

“The company handled the difference in exchange rate so that it remains a place for the poor and rich. We regret to inform our esteemed customers and all Lebanese citizens that all branches of Abou Arab are closing their doors until further notice,” read the initial circulating statement from the bakery.

The communications officer told L’Orient-Le Jour that Abou Arab’s management had reviewed its decision after the relative stabilization of the dollar exchange rate in the past two days and the new circular that suggests the possible short-term subsidization of food products.

Regardless of whether or not the bakery is shutting down, Abou Arab is one of the many businesses struggling to stay afloat during Lebanon’s worst financial crisis in decades, amplified by years of corruption, public mismanagement and –more recently– the lockdown following the COVID-19 pandemic.

More than 800 food and beverage businesses permanently shut down between September 2019 and February 2019, according to estimates from the Syndicate of Owners of Restaurants, Cafes, Nightclubs and Patisseries. This figure includes 240 in January alone.

A shortage of dollar reserves has impoverished the citizens and residents of the country. Since the tipping point of the crisis during the October 17 revolution, the Lebanese lira lost more than 60 percent of its purchasing power against the dollar on the market. While the official exchange rate remains set at LL 1507.5 per $1, Lebanon’s black market equates roughly LL 4,000 to $1.

Lebanese officials are currently in negotiation with a delegation from the International Monetary Fund for a sizable loan to revive the local economy.

The history of the IMF has shown that such a process can typically take anywhere between 5 months and a year, a period of time that many in Lebanon fear they cannot endure. Interventions from the donor organizations have also largely depended on dangerous austerity measures that have benefited the rich at the expense of the poor and could further “wreak havoc on Lebanon’s economy.”

Despite the skyrocketing price of food and other products in the country, Abou Arab said it sought to maintain its prices. “From LL 1,000 before the revolution to LL 1,500 today,” read their initial statement.

Sources also told Annahar yesterday that the bakery had circulated a notice of closure to its employees. Today, 45 percent of Lebanon’s population lives under the poverty line while the unemployment rate has risen to 35 percent.

“We ask God to ease our burden, to bless the people of this country, and restore safety, security, and health to all,” said Abou Arab’s first statement.