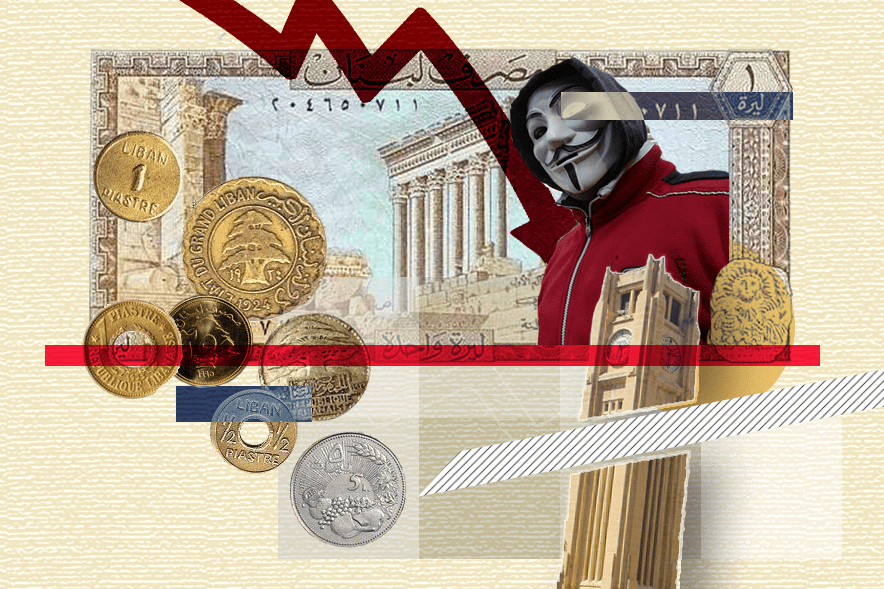 An IMF bailout would wreak havoc on Lebanon’s economy

Amid growing pressures on the Lebanese government’s finances, officials are starting to tout the idea of a potential multi-billion dollar IMF bailout. MP Alain Aoun told Reuters last Wednesday that an IMF rescue package could be an option depending on its requirements. Former Labor minister Camille Abousleiman also told Reuters that securing an IMF package was “inevitable” and made similar comments on January 12 in an interview with NBN, saying he sees “no other solution.”

With the formation of the new government, a decision on a potential IMF rescue package is likely to be close. New Finance Minister Ghazi Wazni met with IMF officials on Saturday, opening up talks on a possible financing solution. But with an organization that failed to bring growth and economic stability for almost every country it bailed out, Lebanon could turn out to be yet another example of the IMF’s list of disastrous interventions. Mexico, Greece, and most recently Egypt, serve as very good examples where the IMF profited the rich at the expense of local populations. Lebanon cannot afford to do the same.

The IMF gradually became a tool for advancing the agenda of Western imperialist economies and their financial elites.

After the end of World War 2, the IMF was created for the supposed purpose of safeguarding global economic stability, with the belief that international cooperation is needed to achieve this goal. Its structure, however, was far from being cooperative. It set the stage for Western developed countries to direct the fund’s policy, with the United States being the only country to have effective veto power.

As such, the IMF gradually became a tool for advancing the agenda of Western imperialist economies and their financial elites. Their advocacy for trade liberalization, capital market openness, and fiscal austerity served to open up new markets for western corporations to profit and preserve the United States’ global economic hegemony. In all the IMF’s interventions, such policies have not only increased poverty and inequality, but they also haven’t been able to generate sustainable economic growth.

The hypocrisy of the IMF in imposing such policies on poor and developing countries strapped for cash is the fact that rich countries did the exact opposite in the process of their development. The United States used to protect key industries from foreign competition in the early 20th century. The free flow of capital in Europe and Japan did not occur before the 1980s. Expansionary fiscal policy was also commonplace in the first half of the 20th century. So why insist on developing countries to do otherwise?

Failures of the policies advocated by the IMF in developing countries couldn’t be more obvious. Income inequality and unemployment greatly increased following trade liberalization in Mexico in the 1980s. In Greece, the share of income of the top 1 percent grew by more than 50 percent after its IMF-EU debt program. In Egypt, poverty and inequality have grown significantly since the IMF intervention. Such examples, amongst others, may give us a glimpse of what’s to come if the IMF intervenes in the Lebanese economy, and it doesn’t look promising.

The IMF fails to identify the root causes of Lebanon’s economic failure.

Like other failed interventions by the IMF, it’s not surprising that a potential bailout package for Lebanon would come with conditions that would completely disregard the population’s socioeconomic situation. Such conditions are very likely to favor the rich at the expense of the most economically vulnerable.

The 2019 article IV consultations for Lebanon, in which the IMF evaluates the economic performance of the country, proposed a host of fiscal austerity measures that could potentially jeopardize the incomes of a big portion of the Lebanese population.

Recommendations stress the importance of raising revenue “rapidly” by increasing VAT and fuel excises. Such taxation measures would greatly increase prices of basic necessities, and considerably impoverish the lower-income segments of the population.

With an economy stuck in a recession, such regressive taxation measures would reduce overall demand as purchasing power falls, which could jeopardize the incomes of domestic firms and lead to businesses shutting down. Increased unemployment could occur as a result, aggravating the recession.

The IMF would also impose a reduction of government spending, notably on public sector wages. Such measures will also depress demand as overall incomes are reduced, producing similar effects to an increase in indirect taxation. Imposing such austerity measures is akin to economic suicide. The damage will be substantial, and with interest rates stuck at high levels to keep the peg alive, the economy could take decades to recover.

With the incomes of the population greatly reduced, one could naturally expect riots, given that poverty and inequality were factors that pushed people to the streets in the October 17 Revolution. Imposing such measures without predicting their social impact could prove to be dangerous from the part of the IMF. Jeopardizing social stability as a result of austerity measures is going to drive away incoming foreign capital, pushing the country into a deeper recession.

Alongside harsh fiscal austerity measures, large scale privatization of state enterprises is also likely to be endorsed by the IMF. Apart from reducing revenues in the long term, a selling off of state assets is likely to benefit the same corrupt capital owners that are currently in power, especially in a country with no transparency and failed institutions. Privatization will not only reduce the government’s ability to invest in necessary public goods in the long term, but it would also increase corruption in a country that’s already seriously suffering from it.

Besides advocating for problematic austerity measures and privatization of public assets, the IMF fails to identify the root causes of Lebanon’s economic failure. Banks and capital owners, who reaped enormous profits from “investing” in government debt for the past 30 years and designing an economy that works for the few at the top, are spared of the burden of the economic crisis.

An IMF bailout would only extend the life of a politico-economic model that failed in the past and will most likely fail again in the future. The only fair solution would be to put the burden on the people responsible for Lebanon’s economic crisis.