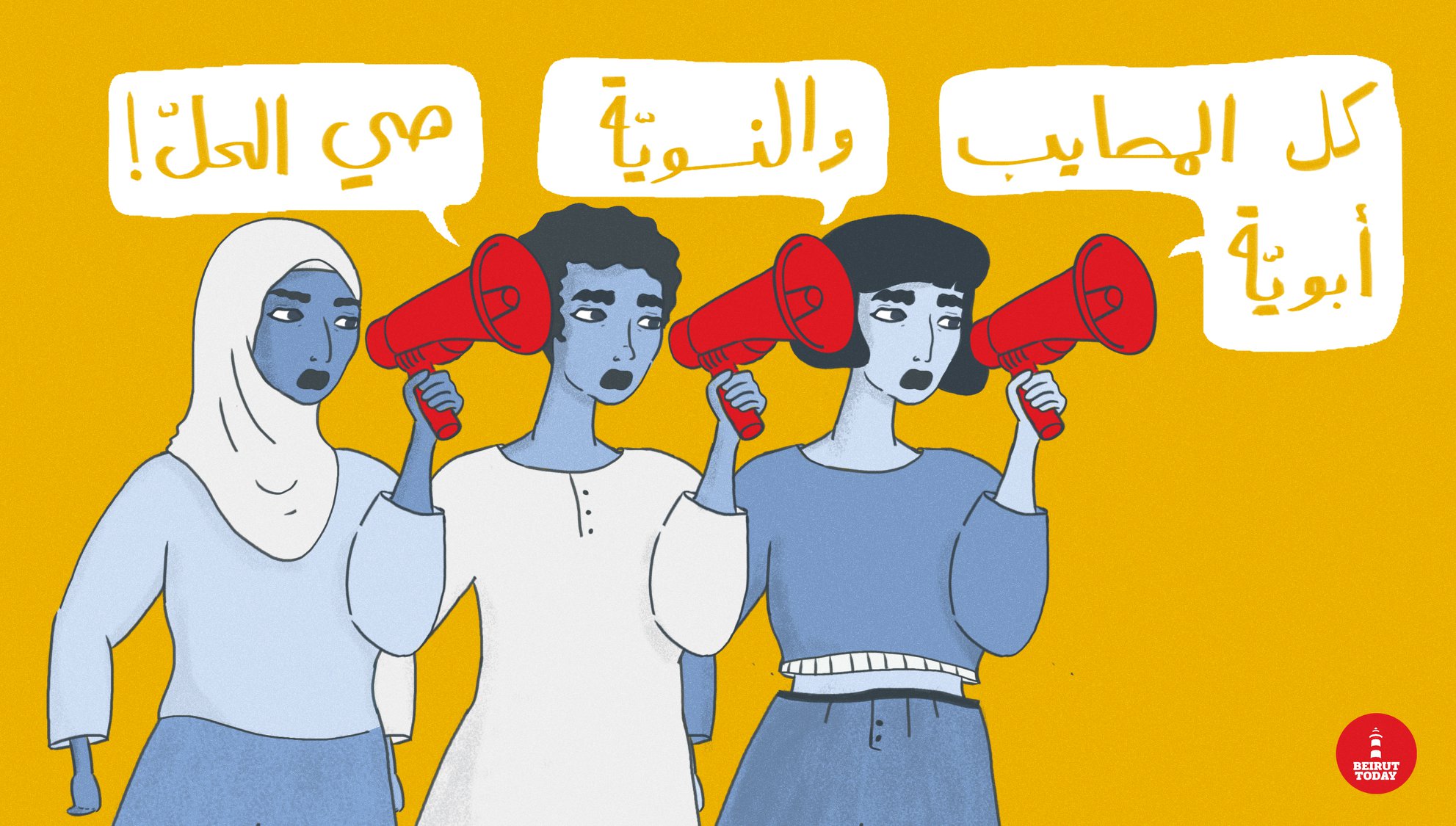 Women on Twitter speak up about harassment and rape in Lebanon

Women in Lebanon took to Twitter during the late hours of Saturday, February 15 to voice stories of sexual harassment, assault, abuse, and rape.

Twitter user @salyonce first began by exposing one harasser on the platform, prompting many other women to reach out to her with their stories. What soon followed created a safe space on the platform, empowering women to speak up on the trauma they had suffered.

Many women came forth with their stories, exposing a number of other harassers in the process. @Salyonce received multiple direct messages on the platform from women asking her to share their stories while maintaining their anonymity, in order to avoid retaliation and backlash which may result from this.

Men soon began to join in, posting their accounts of traumatic incidents. In light of what was happening, lawyer and activist Kareem Majbour offered legal help to any victim, posting his phone number in a tweet. Majbour is the lawyer that filed a sexual harassment lawsuit against alleged Marwan Habib, who stands accused of sexually harassing and raping around 50 women.

An arrest warrant has been issued for Habib at the present time, but due to suspected connections with a prominent political party, he has avoided arrest multiple times.

“Marwan was caught at the Airport upon his arrival to Beirut. His phones were detained for investigations and he was then released due to political interference,” reads a tweet shared by Kareem Majbour. “[…] Marwan is a threat to the society and shouldn’t have been released.”

Final step before the court.
The girls will confront him tomorrow in hbeish- bliss street- at 2:00 pm.
We need your support.
Please share and be there. pic.twitter.com/V64nJGU7vt

Some of the accused harassers and rapists retaliated by contacting the victims and threatening them with legal action. In one case, the harasser threatened to rape the victim and their family members.

The movement helped victims confront their predators and seek justice, but it also put forth essential questions concerning the state of sex education in Lebanese schools. At the moment, sex education is still largely absent from the curriculums of the majority of schools in Lebanon, mainly due to the stigma surrounding the topic.

According to a report by Al Jazeera, sex education was briefly introduced in 1995 for 12 to 14-year-olds, but was withdrawn in 2000 due to criticism from religious groups in the country. Parents have also often times voiced complaints over biology lessons that have sought to discuss the human, and specifically female anatomy, halting progress for the creation of a sex education curriculum.

Read also: In search of sex-ed

What is increasingly apparent is that the absence of sex education does not stop people from having sex, and the consequences of this can verge on disastrous. Children in Lebanon are growing up with a lack of understanding on multiple concepts, such as safe sex, avoiding STDs and STIs, and has been made clear over the past weekend, consent.

Despite the overlaying stigma, many members of the youth continue to have sex without a proper knowledge on the matter.

Conversations on consent can no longer be postponed for a time when one violates the body, or personal space, of another. Harassment, as a whole, is still an out-of-touch concept for a gross majority of the public.

A few organizations, such as Marsa Sexual Health Center and The A Project have sought to create safe spaces where individuals can seek advice or information on the topic. These efforts, while admirable and necessary, are still not enough to fulfill the country’s growing need for a well-rounded education on sexual health and activity.

What became clear over the weekend is that many of the accused do not fully understand the concept of harassment or assault (let’s not forget Marwan Habib’s MTV interview).

We cannot continue to count on Whatsapp groups and social media platforms to educate individuals in their mid-20’s. The conversation must start early.

The Lebanese legal system, on the other hand, stands off as lacking in terms of providing protection for survivors of sexual harassment, assault, and rape. In recent years, the discussion on the ineffectiveness of the sexual harassment laws has led many activists, organizations, and lawyers to put forth new agendas for change.

In one prominent move, ABAAD campaigned against Article 522 of the Lebanese Penal Code in 2016, which frees a rapist of the prosecutions and sentences set against him if he is to marry his victim.

“If a legal marriage was held between the person who committed any of the crimes mentioned in this chapter and the victim, prosecution will be stopped; and if a verdict in the case was issued, the punishment implementation is suspended,” reads Article 522.

Such articles, among many others, have served to promote the persistent patriarchal system over the rights of women and girls. Article 522 was only partially abolished in 2017. When a girl between 15 and 18 is sexually assaulted –and had either given her consent or accepted a promise of marriage before the incident– the abuser is not imprisoned.

The Knowledge is Power (KIP) project on Gender and Sexuality also played a role in raising awareness with their #Mesh_Basita anti-sexual harassment campaign, among several other initiatives. Harasser Tracker is another project that helps women identify different harassers and pin locations where they encountered harassment, warning other women in the process.

In an effort to reformulate the laws on sexual harassment, former Minister of State for Women’s Affairs, Jean Ogasapain and former MP Ghassan Moukhaiber drafted a law in 2017 that seeks to criminalize sexual harassment.

These efforts were a notable step forward in the conversation on sexual harassment, yet they failed to classify sexual harassment as a form of sexual aggression, stating instead that it is a form of personal aggression. The law falls short in its protection of marginalized and vulnerable groups such as domestic workers, classifying only people with disabilities as belonging to a vulnerable group.

Additionally, the law fails to address sexual harassment in educational institutions, such as university and schools, where many of the survivors on Twitter experienced harassment, rape, and abuse.

It also does not address certain governmental bodies, such as Parliament, which lacks a code of conduct that may penalize parliamentarians and politicians for verbal and behavioral forms of sexual harassment.

Lebanon is not lacking in its efforts towards battling persistent issues of gender-based violence and sexual harassment, yet the efforts rarely ever come from the ruling bodies. While the government is busy taxing citizens for every other commodity, many citizens still shy away from walking down the streets at night alone in fear of being harmed.

The discussion has been going on for far too long, and many are tired of having to justify a need for protection. When matters like this are pushed aside in favor of discussions concerning which Prime Minister best fits all the ruling parties in power, many cannot help but ask when action will be taken. But now is the time for it, because it cannot wait any longer.