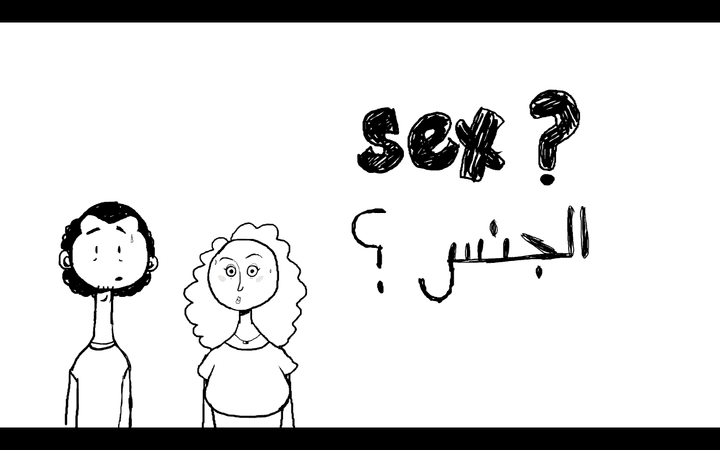 The implementation of sexual education in Lebanon has had a turbulent history. It was first officially addressed in 1995, when a sex-ed curriculum, intended to be presented to eighth-grade (12 to 14-year-old) students, was crafted by United Nations institutions and a multitude of experts under the administration of the Educational Center for Research and Development. It included information about the physiological changes occurring during puberty, the structures and functions of reproductive organs, and an overview of the menstrual cycle and fertilization. It also offered an overview on sexually transmitted diseases (STDs) and birth control, although these topics were framed in local contexts, emphasizing abstinence and monogamy, and mentioning abortions only as last-resort procedures in emergency medical situations (in accordance with Lebanese law).

The curriculum faced instant backlash from a number of religious leaders, despite the fact that it offered a solid scientific basis that was simultaneously culturally sensitive. They claimed its implementation would lead to perversion and a “light-hearted attitude” towards sex (especially among unmarried students), which they labeled as “immoral” Western ideals. Bowing under pressure from these groups, the Minister of Education at the time removed sex-ed from school curricula—though a few schools still teach tailored versions of it to their students. Attempts to nationally re-instate it have been relatively unsuccessful since, and until today, sexual education remains a topic shrouded in controversy in Lebanon’s patriarchal, male-dominated culture.

In response to the alarming lack of sexual and reproductive health (SRH) knowledge in the Lebanese community, a number of individuals and organizations have been diligently working to provide the public with reliable, comprehensive SRH information. Here I profile some of these organizations and the people who run them:

Attitudes Towards Sex-Ed: A Personal Initiative
Farah Mouhanna, a former high-school biology teacher in Beirut, saw the dire need for sex-ed in Lebanese schools when she found herself faced with a flurry of questions, misconceptions, and conflicted opinions about SRH from her students in class. Mouhanna’s Master’s thesis focused on attitudes of middle-school students towards sex-ed in Lebanon, and found that the majority of students surveyed supported being taught about sex and sexuality in schools, although the ones who did also showed less conservative attitudes towards a number of other factors. She also noticed that the internet, especially pornography, was the main reported source of information for students regarding sex. This promoted a number of harmful misconceptions and perpetuated gender inequality and risky behaviors.

Mouhanna firmly believes that “it is every educator’s duty to enable their students to make informed decisions in their lives, and to judge the content of the information they receive. This can only be achieved by providing them with the necessary toolkit to do so, which includes scientifically-correct information, and necessary decision-making and effective communication skills, to lead a healthy sexual and reproductive life.”

Mouhanna’s research will soon be published, and will help contribute to the scarce existing literature on attitudes towards sex-ed in the Arab World, allowing for a better understanding of the problem and thus, a better idea of how to tackle it.

LeMSIC: Third-year medical student Dana Nabulsi volunteers as a peer-counselor at the Lebanese Medical Students’ International Committee (LeMSIC). The organization works with schools and scout groups to supply information about SRH. The sessions she participates in are usually limited to 1-2 hours, so she and her colleagues try to cover the most pertinent SRH issues.

LebMASH : SRH information is especially lacking in regards to Lebanese LGBT+ populations, so the Lebanese Medical Association for Sexual Health (LebMASH) has recently developed a curriculum about LGBT+ health and teaches it to medical students at certain universities in Lebanon. “We want to reach out to health care professionals and build their competencies in addressing sexual health needs of their clients, especially when it comes to LGBT+ individuals,” says Bianca Sallum, the LebMASH’s executive director. “This year we’re having workshops for med students but also for nursing students, social workers, psychologists, and public health students.”

Marsa : The sexual health clinic Marsa has spearheaded efforts to supply the Lebanese community with evidence-based SRH information, and to “provide confidential and anonymous services related to sexual health […] in a friendly environment free of stigma and discrimination against age, sex, gender and sexual orientation.” Like LebMASH, it has also started working with local universities “in an attempt to supplement the sexual health component of the medical and nursing faculties.” Marsa also provides STI testing and offers voluntary counseling services by trained sexual health educators, during which beneficiaries may receive information on topics such as STI signs, symptoms, methods of prevention, and treatment, as well as contraceptive methods.

According to project coordinator Sara Abu Zaki “the vast majority of beneficiaries lack key information that would allow them to make informed decisions regarding their sexual health, with misconceptions being especially common regarding risk of STI transmission and methods of prevention.” As such, since its conception in 2011, Marsa has produced detailed pamphlets on STIs and contraception methods for the general public, as well as a number of informational videos tackling various SRH topics not often openly discussed, such as menstruation and transgender experiences in Lebanon.

The A Project  : It was inspired by feminist activists in India, an initiative called The A Project has recently launched a “sexuality hotline” to provide callers with SRH information. According to Zeina Ammar, one of the hotline coordinators, the information offered “is embedded in a feminist discourse which emphasizes women’s autonomy and agency over our own bodies,” and includes sexual orientation, gender identity, pleasure, sexual violence, contraception, STIs, and abortion.

The main populations that The A Project hopes to serve are vulnerable groups such as migrant domestic workers (the majority of whom are from Africa and South Asia), refugee women (mainly from Syria and Palestine), and Lebanese women in low income groups, as well as queer, gender-nonconforming, and trans* individuals.

Heading in the Right Direction
Other groups, such as the Gender and Sexuality Resource Center (GSRC), and the Network of Arab Scholars on Sexuality and Sexual Health (NASSS), have also stepped up to eradicate the shame and stigma that accompanies open discussions about sex in Lebanon. Furthermore, the United Nations Populations Fund (UNFPA) in Lebanon have made attempts to implement advocacy, capacity-building, and peer-education initiatives with regards to topics regarding sex-ed, although it is unclear if follow-up was undertaken and what impact, if any, these projects had. However, it is evident that no comprehensive sex-education curriculum currently exists on the national level.

Some may claim that in a country with limited resources and no shortage of other public health issues, sexual and reproductive health education is not the most pressing area of concern. However, SRH is a continuously vital and relevant topic, and provides a basis for addressing numerous other human rights concerns in the region. With the search for effective ways to approach SRH in Lebanon ongoing, there seems to be a push in the right direction as more and more people become aware of the significance of SRH in the community and reach out to educate its members.

The right to disconnect: Protecting remote workers in times of COVID-19

What is the profile of a mental health provider we should avoid?