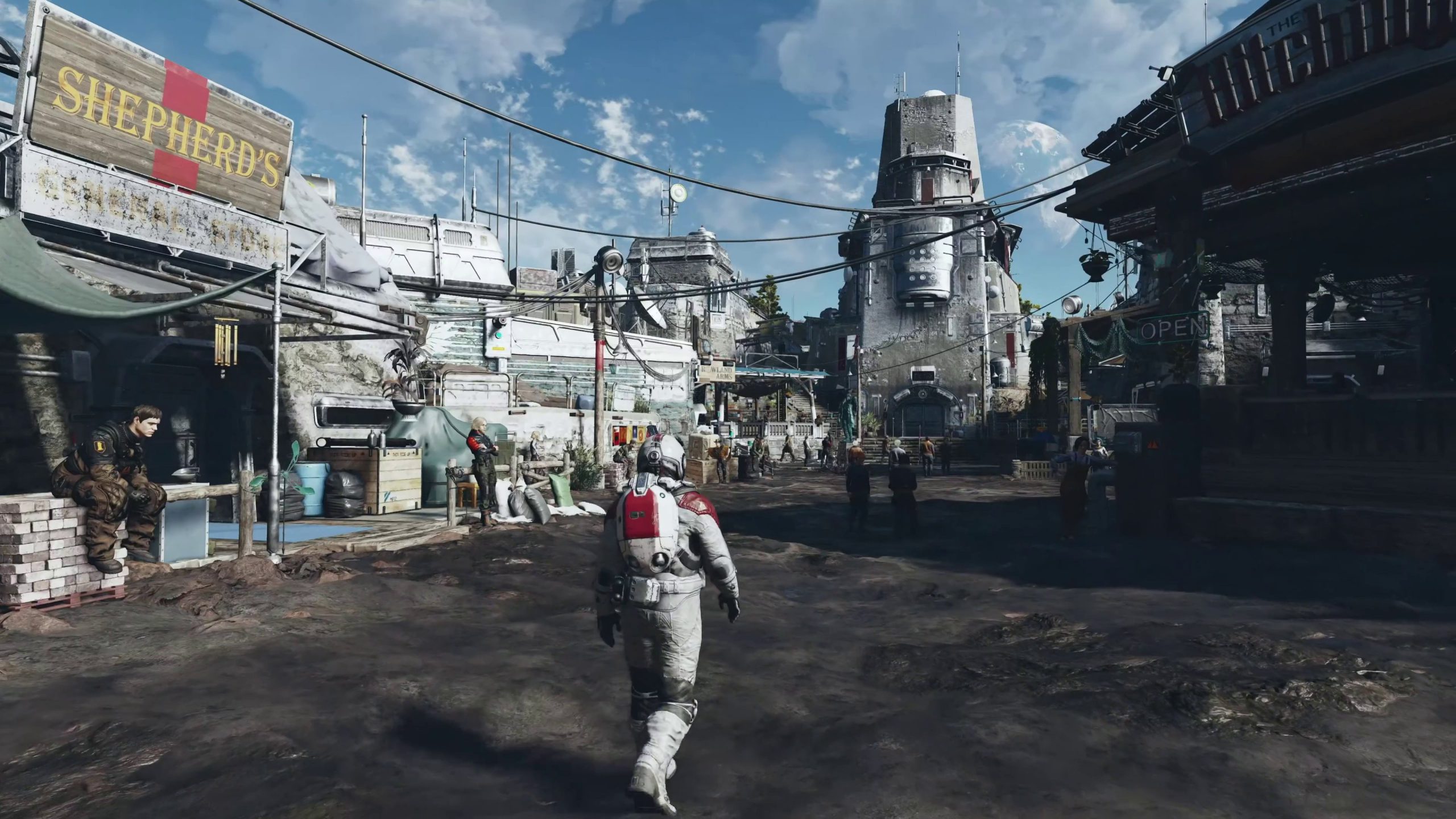 The Microsoft event saved the best (or at least, most anticipated) for last, wrapping up the show with a meaty 15-minute gameplay trailer of Starfield. The action RPG game, Bethesda’s first new IP in 25 years, is being described as “Skyrim in Space” by game director Todd Howard.

1,000 planets: Too many with too little substance?

“It’s easily our most ambitious game ever,” said Howard in the beginning of the showcase. “Like our previous games, it’s an epic roleplaying game where you get to be who you want and go where you want. But this time, you’ll be exploring space.”

And so much of it. You can land and freely explore more than 1,000 planets across over 100 systems—from ones beaming with life in massive cities to barren and uninhabitable wastelands filled with resources to mine.

How many of these planets will actually be interesting remains to be seen. The Xbox exclusive game’s dazzling scale may be detrimental to it as a whole: Will only a handful of these planets be hand-crafted with interesting stories to be told, and the 990 rest be places to mine resources and shoot alien lifeforms?

Countless video games have been hurt by having too grand a scale. No Man’s Sky—a game that made the comeback of the century—has 18 quintillion procedurally-generated planets. Too often, they feel lifeless and generic. That’s understandable, because there’s no way anybody can make that number of planets unique and interesting. And despite being a game that I very much enjoy today (thanks to the 19 major updates that have rolled out), the massive scale of No Man’s Sky still eats away at its intriguing essence.

Players shouldn’t get too excited about the 1,000 explorable worlds before seeing what will be in them.

Highly customizable: Starfield is your story

Customization makes up one of the more exciting elements revealed in the Starfield showcase. Todd Howard showed off an in-depth character customization that he described as their “most flexible yet.”

Aside from looks, players will get to choose from backgrounds such as beast hunter, chef, combat medic, diplomat, cyber runner, gangster, industrialist, professor, long hauler, and ronin. Each background has three starting skills that will aid them on their journeys.

Another interesting addition to the character customization is the traits tab. Players can choose three optional traits, such as introvert, empath, spaced, raised universal, unwanted hero, and taskmaster, that come with unique advantages and disadvantages.

For example, the spaced trait increases health and endurance in space but decreases them on the surface. The starter home trait has you owning a small house on a peaceful moon but one that comes with a 50,000 credit mortgage with GalBank. Another trait, kid stuff, sees your parents alive and well. You can visit their home, but 10% of the money you earn is deducted and automatically sent to them.

Bethesda’s skill system for Starfield sees players, as usual, unlocking new skills as they level up and then ranking them up by using them and completing challenges. The showcase focused on the combat tree—and we got a peek at the science and social trees. The combat tree has 17 skills within it. From the ones the showcase hovered over, each had four ranks.

Starfield also has deep crafting systems, where we saw that you can research projects using mined resources under pharmacology, food and drink, outpost development, equipment, and weaponry. You can also craft weapon mods that alter the way your guns look and how they play.

Perhaps the most interesting part of customization is the ability to build your own outposts (another page out of No Man’s Sky) and entirely change how your ship looks.

Outposts can help you generate resources, and you can hire characters you meet to maintain them. You can also choose crew members for your ship, whose design you have full control of. You can change the design and colors of the hull, reactors, wings, fuel tanks, landing gear, and more.

The dialogue choices you get to make were not shown off in this gameplay trailer, a bit of a let down for fans of Mass Effect, but Starfield’s NPC and sprawling city designs look great. We also got a little insight about the different factions you can join up with, from ruthless pirates to established military powers.

Not much can be said about the combat shown off in Starfield’s gameplay trailer. Aside from killing alien monsters (I wonder if there’s a space PETA in the game), the Xbox and Bethesda showcase showed early game combat with a pistol and rifle inside a research facility.

It looks fun enough, but a bit outdated and underwhelming. I hope the game has a bit more verticality than what was seen in previous Bethesda games, the same way that Andromeda’s gameplay gave the Mass Effect series a much-needed technical facelift.

The best part shown is a low-gravity jump the character pulls off to get to an enemy ship on the other side of a crater. Regardless, there’s still time to polish Starfield.

And yes, you can fly your ship through the game’s solar systems. Its performance, from weapons to health, can be altered. Good luck shooting down those space pirates, captain.