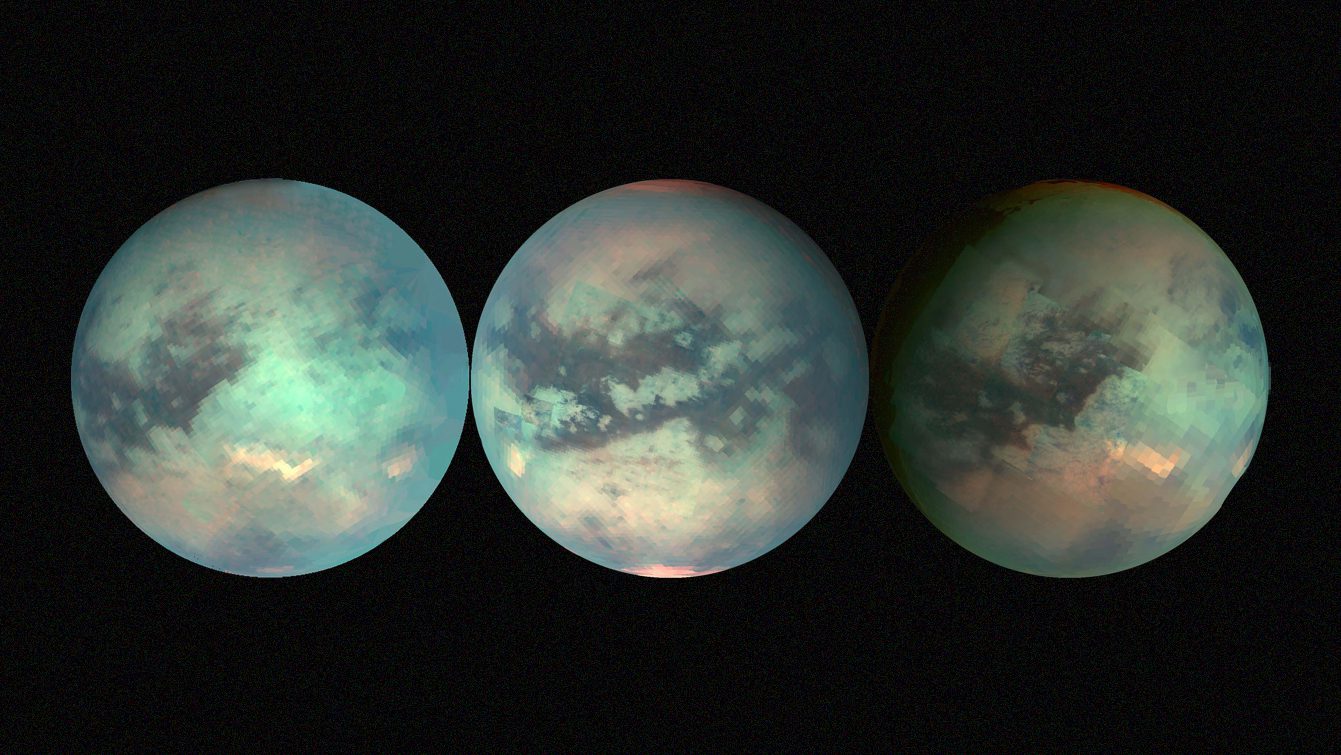 While scientists don’t recommend dipping into one of Titan’s methane lakes because you’d burn up, the largest of Saturn’s 82 moons still has varied landscapes that have long confused them.

In essence, its maze-like canyons, lakes, rivers, and sand dunes are made of weak geological materials that aren’t meant to hold firm over the years. But a new hypothesis by scientists at Stanford University may finally hold an answer as to why Titan’s landscapes are similar to Earth’s.

Understanding the differences between Earth and Titan

On Earth, silicate rocks and minerals on the surface erode into sediment grains over time. They move through winds and streams, deposited in layers that eventually turn back into rocks. Pressure, groundwater, and heat also help rocks in this cycle of erosion.

By our previous understanding, Titan shouldn’t support complicated structures like canyons, caves, and dunes. Its sediments are different from Earth’s because they are thought to be composed of solid organic compounds. Because of their composition, these sediments should be worn down to fine dust in the face of the nitrogen winds and liquid methane streams on the moon’s surface.

Scientists at Stanford may have discovered the missing “growth mechanism” that helps sand grains on Titan maintain their shape and size through time. They found the answer by looking at sediments called ooids (yes, a real word that’s pronounced ), small and spherical grains that can be found in shallow tropical seas on Earth.

An ooid sediment is typically less than 2 mm, and made up of calcium carbonate that forms around a “nucleus”—usually a shell fragment or quartz grain. In a push and pull that balances out, chemical precipitation allows ooids to grow while erosion slows their growth.

A similar process is now believed to happen on Titan.

“We were able to resolve the paradox of why there could have been sand dunes on Titan for so long even though the materials are very weak,” said team leader Mathieu Lapôtre, who is an assistant professor of geological sciences at Stanford University. “We hypothesized that sintering—which involves neighboring grains fusing together into one piece—could counterbalance abrasion when winds transport the grains.”

Taking place in both solid and liquid states, sintering involves the creation of a solid mass of material when grains smash together and fuse. Much like ooids on Earth, the sintering process could be the reason why Titan’s grains are not as destructible by wind as we imagine they should be.

The team of scientists showed that Titan has an active sedimentary cycle that’s similar to Earth, using atmospheric modeling data from the Cassini mission and available data on the moon’s climate and winds.

“We have an active sedimentary cycle that can explain the latitudinal distribution of landscapes through episodic abrasion and sintering driven by Titan’s seasons,” Lapôtre said.

Titan has more dunes present near the equator, plains at mid-latitudes, and craggy terrains near the poles.

Their study indicates that winds are most common closer to the moon’s equator. More winds imply less sintering and more fine sand grains, a key component of dunes. At mid-latitudes on both sides of the equator, the scientists predict less winds make way for flatter lands and sintering creates coarser grains that become plains.

The scientists also attribute river transport as the source for the sandstones thought to make up the craggy and labyrinthine terrains near Titan’s poles—with the Saturn moon being the only known body in our solar system other than Earth to have a liquid transport cycle.

“It’s pretty fascinating to think about how there’s this alternative world so far out there, where things are so different, yet so similar,” said Lapôtre.