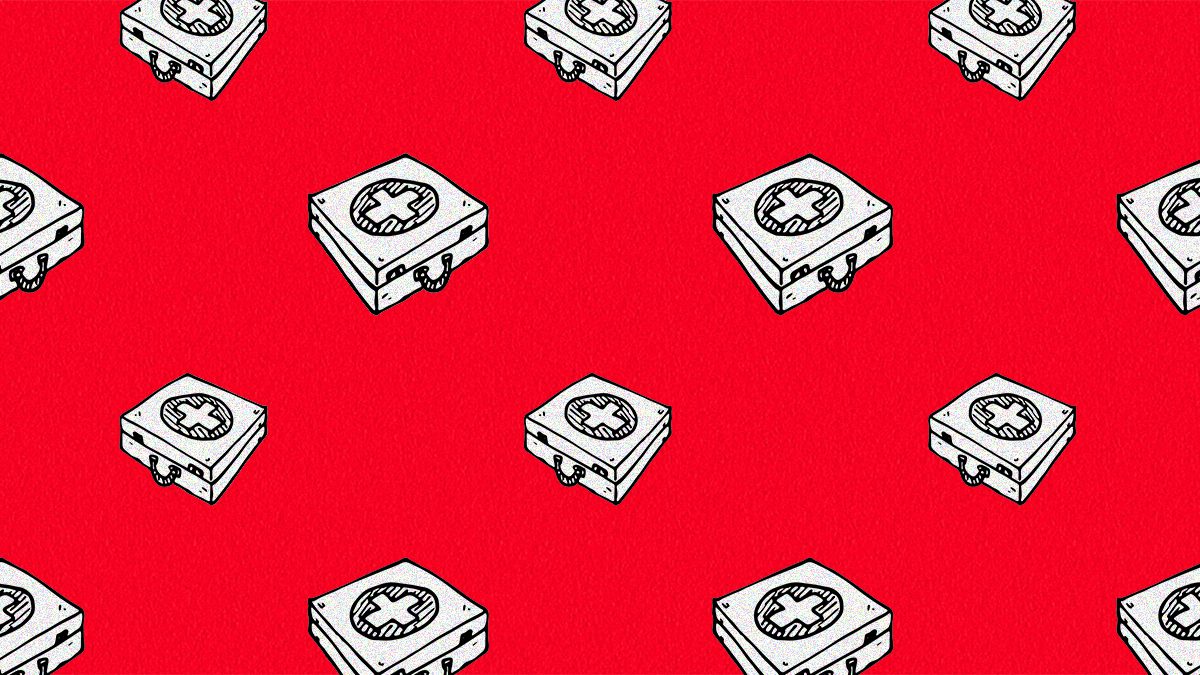 What healthcare services are available to Syrian refugees in Lebanon?

Lebanon’s notoriously fragmented healthcare system has always acted as a barrier for those seeking affordable medical assistance, in particular affecting vulnerable populations such as Syrian refugees.

In the period following the Lebanese Civil War, private providers ceased the opportunity to dominate over a weakened public sector and an absent government to monopolize the healthcare industry.

Today, private healthcare providers and insurance companies are the main actors in the healthcare industry, providing services in place of public institutions that many cannot afford, especially as 80 percent of the Lebanese population sinks below the poverty line.

In order to bridge the gap left in the public healthcare industry, non-governmental organizations (NGOs), United Nations (UN) agencies, and international donors have stepped up to provide refugees with the necessary healthcare services.

“In 2021, the facilities receiving support from UNHCR, and its implementing partners provided 58,332 consultations to refugees and other vulnerable groups,” Nadine Mazloum, spokesperson for UNHCR Lebanon, told Beirut Today.

Refugees can check this list of hospitals they can access and contact the UNHCR NExtCare Hotline (01 504020) at any time to check if they are supported by UNHCR and other humanitarian partners.

A great need for better healthcare

The United Nations’ High Commissioner for Refugees (UNHCR) estimates in their Lebanon Crisis Response Plan 2017 — 2020 that there are over two million people in need of healthcare services. The agency also estimates that up to 100,000 hospital admissions are needed for refugees each year.

In Primary Healthcare Centers, “refugees are able to receive subsidized treatment, while medication and vaccinations are often free and widely available.”

In 2017, the Vulnerability Assessment Report by the UNHCR, UNICEF, and the World Food Programme found that the main reasons refugee households did not receive proper medical care was “because of the cost of drugs (33 percent), consultation fees (33 percent), uncertainty about where to go (17 percent) and not being accepted at the facility (14 percent).”

Back then, doctor’s appointments cost between LBP 8,000 and LBP 16,000, or about $4 to $9 at the official exchange rate. Today, the lira has depreciated to reach above LBP 20,000 at the parallel market rate, the exact figure remaining in constant flux depending on the socioeconomic and political situation.

Even before the crisis, refugees oftentimes found themselves going back to Syria to seek healthcare services due to their exorbitant prices in Lebanon. These fees have severely increased, and have gone from being slightly pricey to completely unaffordable for many refugees.

What services are available to refugees in Lebanon?

The UNHCR covers over 85 percent of primary health care costs for refugees. The agency also aims to support mental health services (including specialized psychiatric care) as psychological help is being increasingly recognised as a legitimate and pressing health concern in light of Lebanon’s tumultuous situation.

Despite these challenges, the UNHCR has somewhat suggested that Lebanon’s healthcare situation has improved since the onset of the Syrian crisis in 2011—in the sense that there has been an increase in the amount of health centers and staff, alongside increased attention to specialised treatment.

The UNHCR found that there were a total of 140 healthcare facilities for refugees across Lebanon between 2017 and 2020, including 27 UNRWA health clinics that provide 931,000 general consultations each year, 10 Ministry of Social Affairs’ Social Development Centers, 73 Ministry of Public Health’s Primary Healthcare Centers, and 30 other dispensaries.

Not only so, but the Ministry of Public Health has covered the cost of 25 mobile medical units operated by NGOs, which provide “free consultations and medication and often refer patients back to primary healthcare centers for services which are not available through mobile medical units.”

This number has decreased since the onset of the crisis, but the UNHCR still finds that “mobile medical units continue to be operational primarily in areas with high distributions of informal settlements and/or in distant rural areas where primary healthcare centers are hard to reach,” as per the UNHCR’s crisis response plan.

Mobile medical units are an option for those with limited access to healthcare because of expensive transportation and restricted freedom of movement, such as refugees with no legal status.

“As of December 2021, UNHCR Lebanon has supported 13 hospitals with donations of advanced medical equipment, supplies, medications, and Protective Personal Equipment (PPEs). Through these donations, the capacity of the Lebanese health care system was increased with 100 ICU beds and 586 regular beds for COVID treatment,” said Mazloum. “UNHCR also donated diesel to 18 governmental hospitals during the fuel crisis.”

“UNHCR has an active role in the national COVID-19 vaccination campaign and in 2021, through mobile vaccination units, it administered 27,623 vaccine doses to refugees and Lebanese living in remote areas,” she added.

Everyone in Lebanon can register to take the COVID-19 vaccine for free across a variety of centers, Syrian refugees included.

The spokesperson also said UNHCR supported the rehabilitation of two Primary Health Care Centers for COVID-19 vaccination in rural areas of Bekaa and North Lebanon, in addition to providing medical supplies and a loan of medical equipment for three large vaccination sites.

A need for international support

These efforts are all effective and admirable, but are barely enough to cover a Syrian refugee population of around 1.5 million. While local and international actors have stepped in to provide these services, the increase in demand with the onset of the Lebanese crisis in late 2019 is far too quick to keep up with, especially in light of the precarious socioeconomic and political conditions.

Progress is dismal at best, with current unrest drastically impacting local endeavors and even pushing some towards completely halting operations.

“We continue to call on the international community to stand by Lebanon in this critical moment and provide the necessary support to help the country out of the current crisis,” said Mazloum.

This is not to mention the lack of transparency on behalf of the Lebanese government, which remains vague on its plans to aid the refugee population, causing skepticism and hesitance amongst donor organizations. At best, the refugee community remains isolated in its fight for basic human rights.