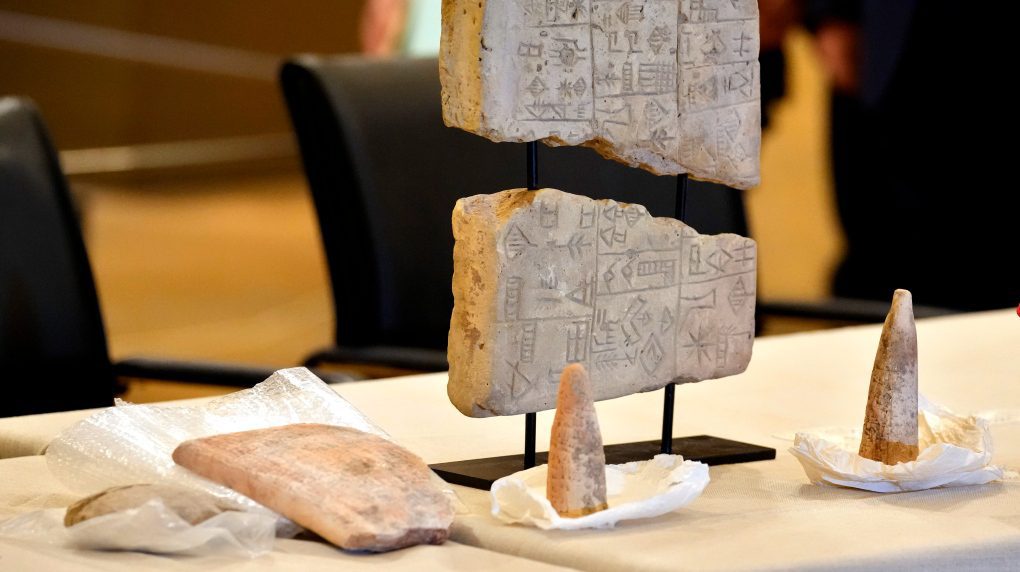 Lebanon returned 337 stolen artifacts to Iraq in an official ceremony held at the Lebanese National Museum.

Lebanese Minister of Culture Mohammed Murtada said that a committee of technical specialists had been investigating the items since 2018, when Lebanon’s General Directorate of Antiquities reported that some may have Iraqi origins.

Murtada returned the items to the Iraqi Ambassador to Lebanon, Haider Shyaa Al-Barrak, in a ceremony held on Sunday at the National Museum of Beirut.

“A total of 337 artifacts were handed over, 331 of which are cuneiform and 6 others that were among 32 disputed pieces,” said Murtada at the ceremony. The origins of the 6 disputed artifacts were verified by committees from Iraq, Syria, and Lebanon, according to the minister.

The ancient artifacts, which include clay tablets with cuneiform writings, date back to different periods of the Mesopotamian civilization and were most recently on display at the private Nabu Museum in northern Lebanon.

Nabu Museum was co-founded by Jawad Adra, a businessman and husband of former Defense Minister Zeina Akkar, in 2018. Adra was present at the ceremony, and has previously denied any wrongdoing in his acquisition of the artifacts.

The Iraqi government sought the return of the pieces, which Iraq’s state news agency identified as “smuggled,” and came to an agreement with the museum.

Ambassador Al-Barrak gave “the government and people’s sincere thanks to Lebanon, PM Najib Mikati as well as Culture Minister Mortada, for the permanent and continuous cooperation as matters were happily concluded.”

The Iraqi Ambassador said this would not be the final handover but did not clarify further.