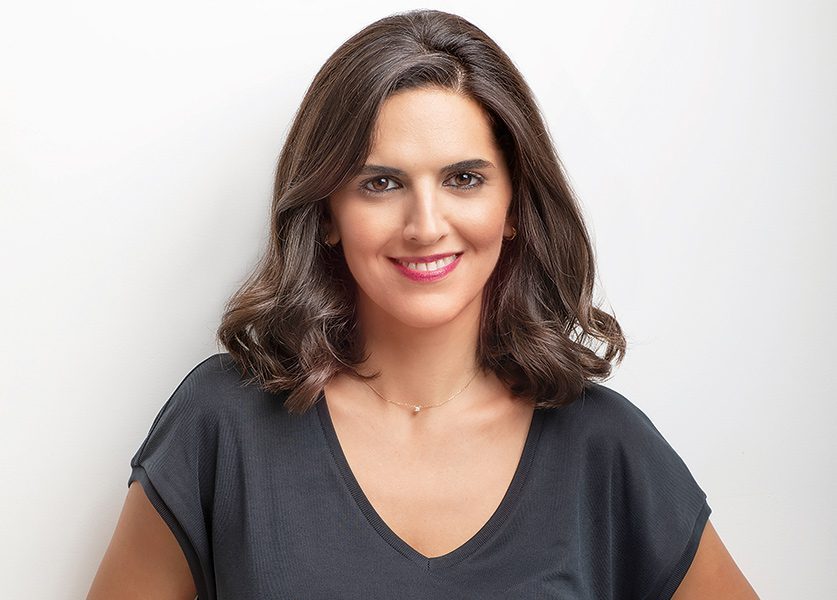 Life in Beirut is a difficult mosaic of experiences to describe to those who have not experienced them firsthand. Marina Chamma’s collection of short stories, And So We Drive On, does a fantastic job of highlighting just this: We may experience and perceive the same city and streets, but our stories are drastically different. What is the life of a refugee like? The life of a mother whose son was detained during the Civil War? The life of an ex-spy?

“The stories are inspired by life in Beirut, a city we love to hate and hate that we love,” Chamma, who is a Beirut-based political economist, told Beirut Today.

Particularly painful stories have emerged from the capital in recent years, the streets blanketed with unmatched despair. She put out her book to wage a war against the feelings of hopelessness that Lebanon has planted in our hearts. “But it’s also about people’s human struggles, our own little wars if you will.”

A week after And So We Drive On came out, the city would throw yet another unparalleled crisis in our direction: the Beirut blast. The August 4, 2020 explosion at the port of Beirut decimated swathes of Beirut and ended the lives of over 215 victims, its repercussions still felt and justice being obstructed to this day.

“On that terrible day, something broke within all of us, or rather, something died deep within us, and in the relationship with our country like nothing ever did,” said Chamma. While the city may never fully recover, it slowly moves forward and the collection of stories in And So We Drive On becomes more poignant than ever.

Beirut Today spoke with the author to better understand her writing process, the motivation that drove Chamma to write these stories, and the relevance of this book in today’s collapsed Lebanon.

Beirut Today: Why is this book relevant now more than ever in light of the Beirut blast?

Marina Chamma: The book came out one week before August 4th. Back then, I knew the timing was awkward, coming at the heels of almost a year of unprecedented socio-economic hardship exacerbated by the pandemic. Then again, there may not have been a good time for the release anyway. But to me, it felt as my own deep-seated act of defiance, in face of all the hopelessness that Lebanon has been sowing in our spirits for years.

As much as this place is special and an inspiration (let alone for this book), I refused to have Beirut destroy yet another of my dreams of publishing my first book. I also believed the book would contribute to putting things into perspective and give hope, to myself and anyone who read it, that no matter what happens, life does truly drive on. Little did I know that what we had experienced so far was only the tip of the iceberg…

What happened on August 4 was an accumulation of 30 years of everything that was wrong in Lebanon. On that terrible day, something broke within all of us, or rather, something died deep within us, and in the relationship with our country like nothing ever did. I do not know if we will ever truly recover. I know we will stand up again and life will drive on, but on some days, it’s just harder to believe than others.

Things were a bit all over the place at first, although it was clear to me that this book was going to be about Beirut. I had over a dozen plots floating in my mind and characters whose lives I had already become intrigued by. I wanted to tell all their stories as a way to give a snapshot of life in Beirut. Since I couldn’t pick and choose among them, I decided to write them all. I stuck to ten and decided to start writing them as short stories. The writing process flowed relatively smoothly from that point on.

Ironically, when I mentioned the idea of short stories to some professionals in the industry and potential publishers, I didn’t get much encouragement, the argument being that short stories were a niche genre and didn’t have a place in the market. I was so convinced of my project that such reasoning only pushed me towards getting the work done. I had not officially become an author yet and already had strong opinions about the publishing industry and the choices they make for readers. If you ask me, readers should be listened to much more often. After publication, I was delighted to realize that readers were truly enjoying this genre.

The book discusses a number of heavy topics. Would you say writing the book was exhausting or energizing for you? Did you find them difficult to write about?

If the writing process is exhausting, then something is wrong. If it’s challenging, then that’s a good thing. This is a collection of fictional stories, but as you rightly mentioned, this isn’t a light read.

The stories are inspired by life in Beirut, a city we love to hate and hate that we love. A city that has yet to come to terms with its past, most notably the repercussions of the civil war. The war’s physical, psychological and socio-economic repercussions remain and therefore, this undoubtedly surfaces in any narrative dealing with the city.

But it’s also about people’s human struggles, our own little wars if you will, that we go through, like anyone else in this world, from poverty, to infidelity to issues of personal identity. It isn’t so much the difficulty in writing, so much as it is a desire to be as nuanced as possible in telling these stories and what they represent.

Perhaps the story that’s closest to reality, even in its smallest details is “Waiting for George,” inspired by and dedicated to the Lebanese arbitrarily detained and forcefully disappeared, many of whom were taken to Syrian prisons. The rest is fiction, inspired by this city, which we love to hate and hate that we love…

What is rewarding is to inspire readers and make them reconsider the way they look at the city, and to shed light on socio-economic issues that may have been ignored or forgotten. What is energizing is to be able to make a difference through fiction, in ways that our somber, soul-crushing reality often stops us from doing. I hope that one day I will be able to say that my fiction was able to do that.

Is the book self-published? Or did you work on publishing it with a publishing house?

I had an independent local publisher for the book. I had signed the contract already and we were all set. Sadly, shortly after October 2019, as the economic and financial situation started to deteriorate, they decided to end their operations.

For me to start from scratch at that point and pitch publishers all over again would have taken too much time. That’s when I decided to self-publish. The book’s design, the printing and the book’s cover were all done locally and I couldn’t be prouder of the final product.

What was your favorite story to write?

I really mean it when I say that each was a pleasure to write. The lighter stories are of course fun to write because you can get away with more artistic license. But while the serious stories are tough to work on, they’re also close to my heart because I consider them as my humble contribution to keeping their stories alive, whether it’s the arbitrarily detained, those who continue to suffer from the repercussions of the civil war, refugees, political activists and others.

And So We Drive On is now available in all Librarie Antoine branches across Lebanon, Halabi Bookshop, Salon Beyrouth, Aaliya’s Books, Thinkers (Zahle), and across the world on www.antoineonline.com, Lebzone.com and via Halabi Bookshop. The book is also available in the UAE at Virgin Megastore in Dubai (Dubai Mall, and the Mall of Emirates Branches).