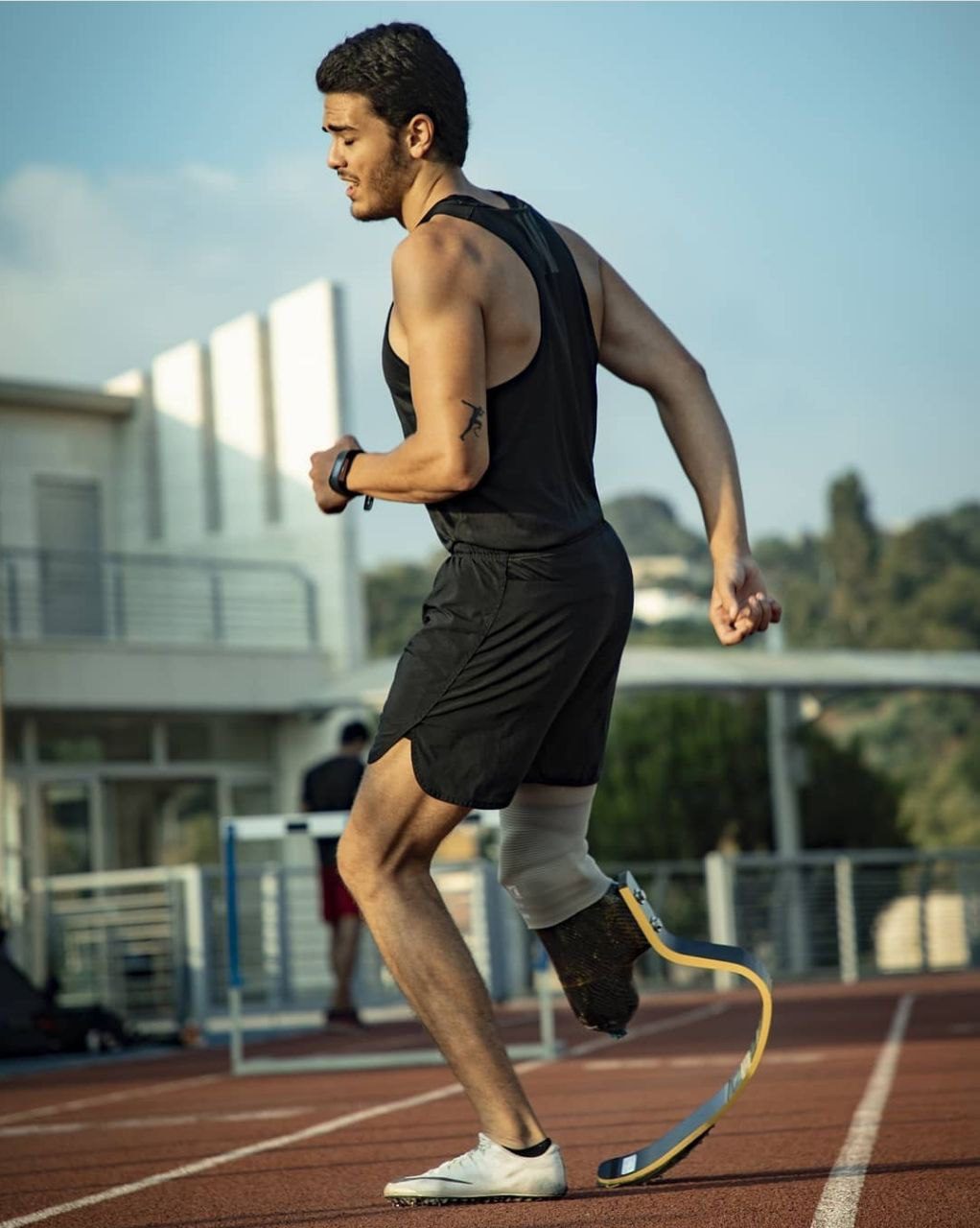 Arz Zahreddine, a 22-year-old runner, is the sole Lebanese representative at the Tokyo 2020 Paralympic Games.

This marks the third time the nation is represented at the Paralympics, and the nation’s comeback since the Beijing 2008 Paralympic Games, where Lebanon was represented by lone competitor Edward Maalouf –who succeeded in winning two bronze medals at cycling events.

Lebanon made its debut at the 2000 Sydney games, and have since missed the Athens 2004 and the last games at Rio. Zahreddine is set to compete in the T64 class in Para athletics during the Tokyo Olympics, which kicked off on August 24 and will continue until September 5.

“We couldn’t do what we had planned to do due to the economic situation in Lebanon and the COVID-19 pandemic. But we have managed to prepare our athlete Arz Zahreddine in the best way we can,” said Chef de Mission for Lebanon Ahmad Hazer, a Lebanese hurdler, in an interview for the official Paralympics webpage. “The good thing is he is high in confidence and hopefully, we will get a medal.”

At the age of three, Zahreddine lost his right leg in a car accident. Struggling to come to terms with his disability and faced with bullying, Zahreddine turned to sports with the help of a child psychologist.

He first competed in fencing, where he picked up three gold medals, one silver medal, and two bronzes in Lebanese national championships between 2012 and 2017. He also competed in able-bodied fencing on an international level, ranking in the world’s top 200 by the time he turned 18.

Seeking out a change, Zahreddine turned to running only two years ago –making his qualification for the Tokyo 2020 Games a “dream come true.”

He won the gold in the 200m T64 event and silver in the 100m of Italy’s Grosseto 2019 Grand Prix. He would go on to rank eighth in the Dubai 2019 World Para Athletics Championships, guaranteeing himself a spot in Tokyo.

“I believe that I have done all that I could do against all odds due to the restrictions amid the COVID-19 lockdown,” said Zahreddine. “I feel very confident about my participation at Tokyo and hopefully my hard work and dedication will be awarded with a new personal best record and a medal.”

Lebanon NPC President Randa Berri is also hopeful that Zahreddine would return a victor and inspire “many Para athletes in the country.”

“Arz is a committed athlete and well prepared under the pressure of the pandemic which the world is facing. Hopefully, Lebanon will come out with a good performance and make it to the podium,” said Hazer.