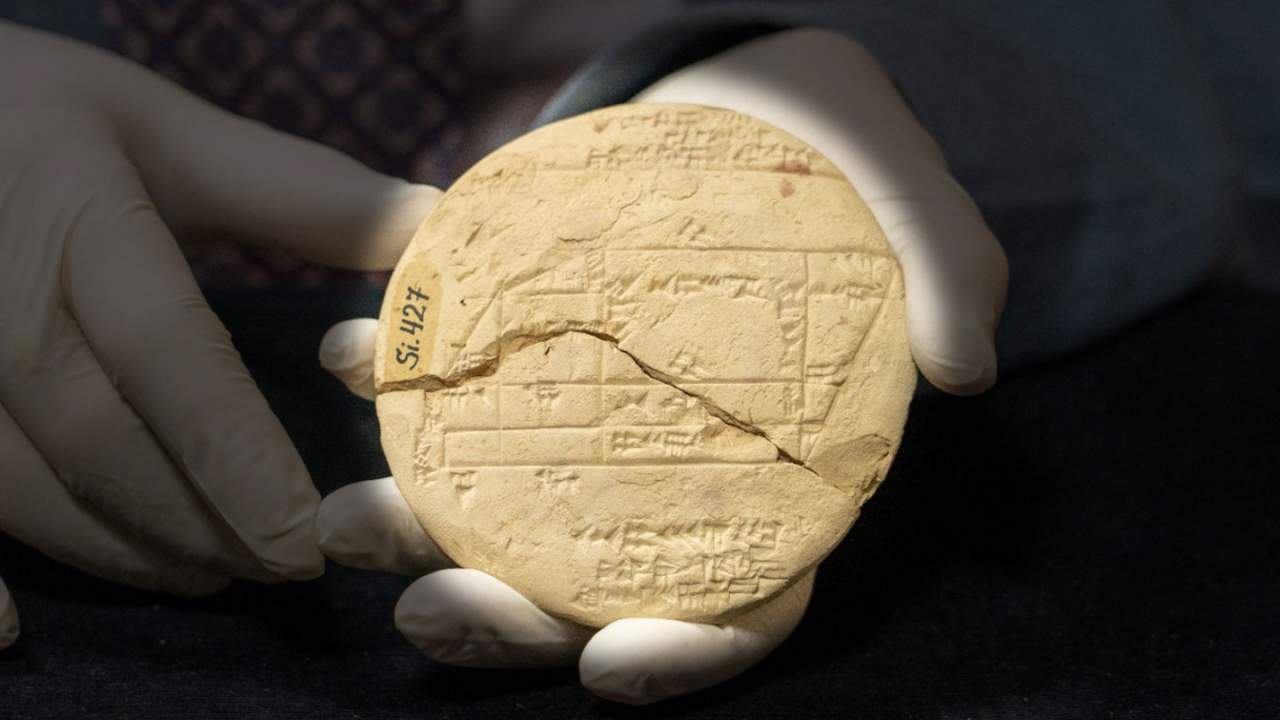 Si.427, a hand tablet made by an Old Babylonian surveyor between 1,900 and 1,600 BCE, is the oldest example of applied geometry.
Home
Better Living

A 3,700-year-old clay tablet revealed that ancient Babylonians used the Pythagorean theorem to accurately divide lands over a 1,000 years before Greek philosopher Pythagoras was even born.

While the Si.427 tablet was first excavated from Iraq by French archaeologists in 1894 and is currently located in the Istanbul Archaeological Museum, researchers discovered the significance of its cuneiform markings earlier this month.

Historically, Greeks profited from and advanced Egyptian mathematical knowledge –which in turn was passed down and influenced by the Babylonians before them. The Babylonians used mathematics in everyday life and activities in Mesopotamia, to weigh, pay wages, dig channels, and more, as seen in around 400 clay tablets excavated since the 1850s.

While the Si.427 tablet is not written down in the algebraic form we are familiar with today (which is why it spent more than 100 years without being understood), its instructions indicate that ancient Babylonians had an understanding of the principles that govern relationships between side lengths and angles of triangles.

“It is generally accepted that trigonometry – the branch of maths that is concerned with the study of triangles – was developed by the ancient Greeks studying the night sky in the second century BCE,” said Mansfield.

“The Babylonians developed their own alternative proto-trigonometry to solve problems related to measuring the ground, not the sky,” said the mathematician.

Babylonians approached mathematics differently than the Greeks, but still demonstrated similar outcomes more than a thousand years before them. Plimpton 322, another tablet whose secrets were uncovered by Mansfield in 2017, based its trigonometry on ratios rather than angles.

Plimpton 322 contains a list of what we know today as the “Pythagorean triples,” with the tablet’s purpose baffling scientists for more than 70 years.

“With this new tablet, we can actually see for the first time why they were interested in geometry: to lay down precise land boundaries,” said Mansfield.

Si.427 shows a diagram of a field on the front, being divided and some sold. The lines are boundaries, highly precise through the use of Pythagorean triples and theory to form the perfect right angle.

The theory we know states that the square of the hypotenuse (c, the longest side and opposite to the right angle) of a right triangle equals the sum of the squares of the lengths of the other sides (a and b).

“It’s the only known example of a cadastral document from the OB [Old Babylonian] period, which is a plan used by surveyors to define land boundaries. In this case, it tells us legal and geometric details about a field that’s split after some of it was sold off.”