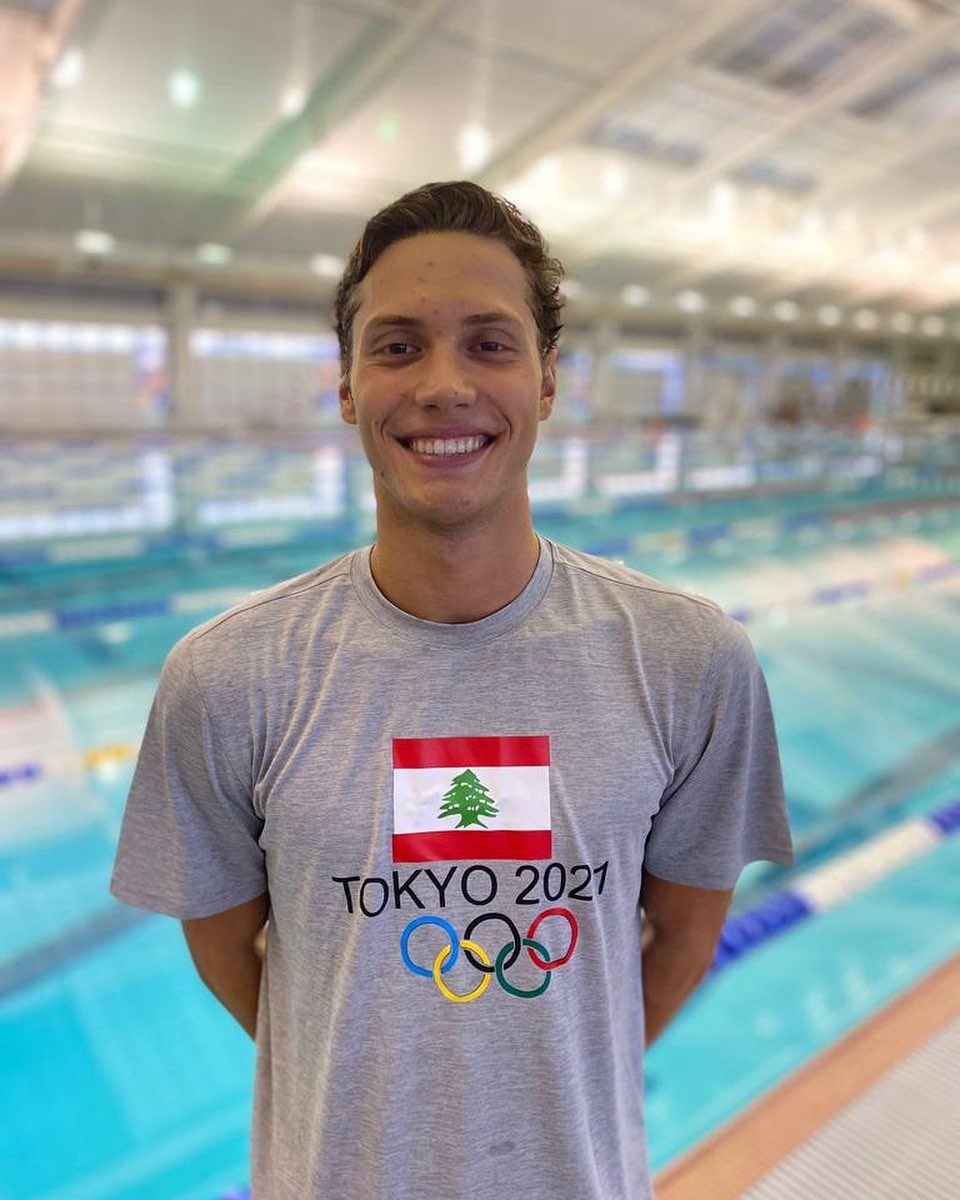 Meet Mounzer Kabbara, one of two swimmers representing Lebanon at the Olympics

By the age of 10, Mounzer Kabbara had tried almost every sport he possibly could but none felt quite right. There was still one he hadn’t quite dived into: Swimming.

“While I was athletic, there seemed to be a barrier for me with all of the other sports that I tried. Swimming was the last one that I took a chance on,” said Kabbara. “As soon as I hit the water, I knew something felt right.”

Nine years since the start of his swimming career, Kabbara is now 19 years old and one of two Lebanese swimmers competing in the upcoming 2021 Tokyo Olympics.

“I decided that I want to do this sport as long as I can and take it as far as I can,” he told Beirut Today.

Kabbara was born in 2002 in Houston, Texas. At just six years old, his family decided to move to Dubai. Four years later, Kabbara discovered a love for swimming and began to practice the sport on the side.

“At the beginning of my career, I was very unaware and not as focused on getting better. I just wanted to have fun all the time,” he said.

Soon after, Kabbara and his family returned to the United States, where he joined the year-round swim club. With time, he became better and better at the sport: His speed increased, and so grew his love for swimming.

“As I got older, I had to learn that this sport demands focus, discipline, and even more hours away from the pool rather than in the pool. My mental game (strategy and the ability to visualize my races) has gotten a lot stronger throughout my career,” he said.

At 11, Kabbara suffered a serious health scare when a stroke paralyzed half of his body. He became overtaken with the fear that he would no longer be able to step into the pool. Thankfully, he was able to swim again, even better than ever.

The next year, Kabbara began to frequent Lebanon to compete in national competitions. In 2017, he competed in the Texas State Championships, and won.

That same year, he was selected to go to the Junior World Championships in Indianapolis to represent Lebanon.

“Although it was a substandard meet for me, something clicked in my head while I was there, and I decided that I want to do this sport as long as I can and take it as far as I can,” he said.

At first glance, Kabbara’s day is stressful to the untrained eye. He starts off everyday at 6 AM, fresh and early, eats a quick breakfast, and rushes to make it in time for daily practice at 7 AM until 9:30 AM.

He comes back home, eats, naps, wakes up, and eats some more (athletes need it) before heading off to his second practice of the day at 2 PM until 5 PM.

The rest of the evening is spent eating, recovering, and sleeping it off until the cycle repeats itself the next morning. During the school year, he has to do all of this on top of managing his schoolwork and classes.

“It is definitely a challenge to balance swimming with other ‘normal’ activities. I try to manage my energy on my days off and plan to do things like movies or dining out with friends early enough to stay on schedule for the next day, which is always training,” he said.

Sundays are his only rest days, a time for leisure and fun –but he doesn’t seem too concerned with his stressful schedule.

“I have very high goals for myself. I know what it will take to reach them, and I know that they are not easy, but I am willing to do whatever it takes to make them become a reality,” he said.

“My goals get me up at 4 AM when I have winter training and they keep me going when I do not feel good and want to slack off in practice.”

Kabbara surrounds himself with what he calls “gifted and caring individuals who are willing to put effort into me for the development of my goals.”

“A lot of people think that they are the ones who did it all because they worked hard and they put in the time. However, there is so much external effort and so many events that took place in my life which determined the course of my journey leading me to where we are today,” he added.

During the frequent lockdowns last year, Kabbara devoted time to focus on his mental health so he may mature as an athlete. Overall, he describes the last year as difficult.

“The Olympics got cancelled and COVID-19 affected every area of life,” he said. Yet in spite of this, he still managed to find ways to take his journey to the next level and stay the best version of himself that he can possibly be.

The most important takeaway from Kabbara’s swimming career? Having fun.

“Swimming is a demanding sport, and if you do not have an element of fun then it becomes very difficult to keep chasing your dreams,” he said.