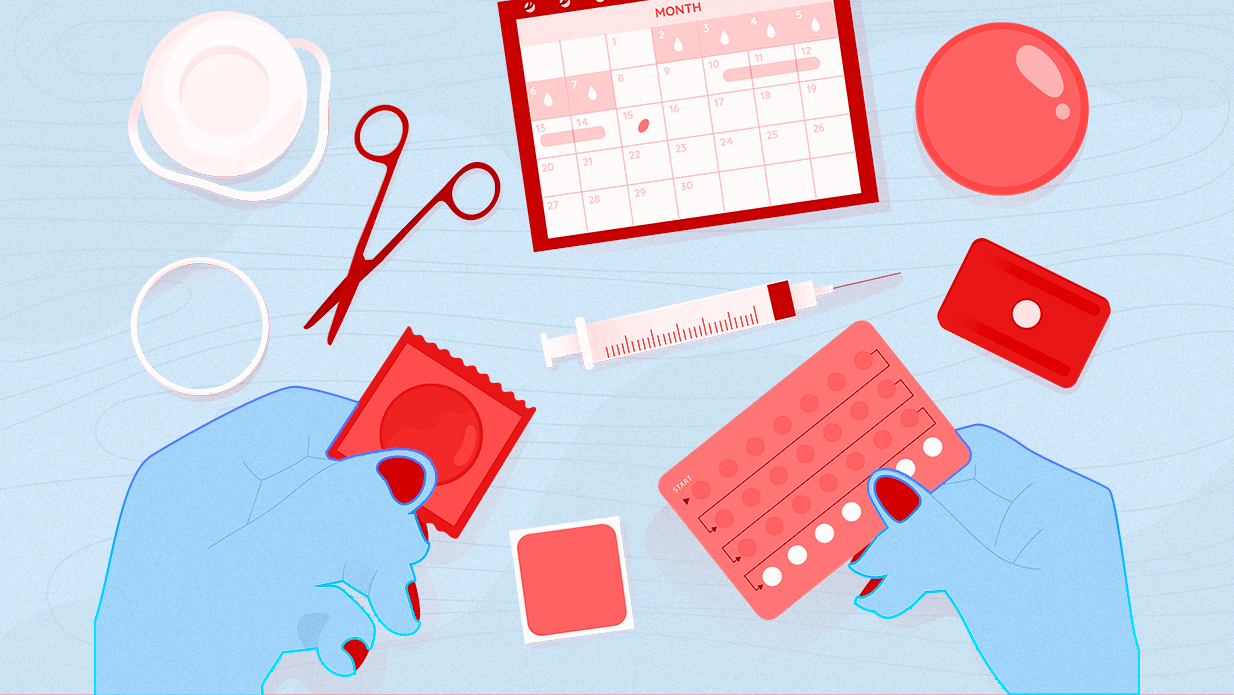 Where did all the contraceptives in Lebanon go?

Lebanon has been suffering from a shortage of medical supplies over the past year as a direct result of the country’s economic and financial crisis.

The country’s financial crisis has caused a shortage of US dollars, essential for the payment of imported medicines and other essential medical supplies, such as masks, gloves, and ventilators.

Contraceptives, from condoms to pills, have also grown scarce –posing a crisis for women and gender non-confirming individuals who rely on them to prevent pregnancy and treat serious health conditions such as polycystic ovary syndrome (PCOS).

Not only so, but Lebanon’s central bank (BDL) said last week it would not dip into its mandatory foreign reserves to cover the $1.3 billion cost of subsidised medical goods.

23-year-old Noor Tannir was prescribed Yasmin in late April as a treatment for her PCOS. On one particular day, Tannir could not find the medication in any nearby pharmacy, and she grew fearful of the consequences should she fail to find the medicine and start her new cycle.

“I asked my friends to check with their local pharmacies, since every pharmacy I called in Beirut didn’t have it readily available. I asked if I could take any alternatives, but the physicians were of little to no help,” said Tannir, whose case reflects the current state of the Lebanese healthcare system and medical industry.

Yet while the issue of contraceptive pills is a countrywide problem, the government most often treats it as an issue solely focused on women.

“Of course we’re living in a financial crisis, and a health crisis, and of course the priority is always given to everything but sexual and reproductive health. It is always on the lower end of the list when it comes to healthcare in general,” said Rola Yasmine, founder of The A Project, a feminist collective seeking to promote sexual and reproductive health in Lebanon.

“It’s quite archaic, but the way that people kind of look at this is centered around women and boxed into the idea that women can handle it,” she said. “And there’s an assumption that women have to find things out for themselves.”

In line with how they address broader women’s rights issues in Lebanon, the government and other legal bodies frame contraceptive issues as a “women’s only problem” that falls outside of the general human rights umbrella and is stripped of its political and systemic roots. These entities do nothing to equip women, whether it be via education or accessibility to essential resources, to combat the issue.

Stigma, taboo and the lack of education

The first barrier for well-rounded sexual health education starts in schools. Sexual education was introduced for 12 to 14-year-olds in Lebanon in 1995. Following criticism by a number of religious groups and protests by parents against the Ministry of Education, the chapters were retracted.

Despite this and solely dependent on school executive decisions, private schools often take the initiative to teach sexual and reproductive health. Even then, sex education is often limited in terms of content: Chapters only focus on the biological aspects of reproduction, the mechanisms of intercourse, and sexually transmitted infections or diseases.

More often than not, concepts such as contraception, consent, queer sex, transsexualism and more are avoided or tabooed topics of discussion.

There have been some attempts to formally introduce sex education into private schools, but teachers often lack the proper training and school administrations provide little to no support in the matter.

The stigma surrounding sexual health means young people coming of age in Lebanon can’t start conversations on the subject with parents or adult figures, who often shut them down –bringing forth the second barrier.

But mainstream media are not entirely credible sources of information on sexual and reproductive health: Women’s bodies, contraception, sex, consent, and other topics, are portrayed in massively unrealistic and incorrect ways.

What we then have is generations of individuals in Lebanon growing up without a proper understanding of sexual health and anything related to it. Without readily-available and credible resources against which they can measure their sexual health awareness, young people in the country often grow up believing they’ve learned all they should know from the media they’ve consumed.

Research has shown that the lack of education does not stop people from engaging in sexual behavior, but new issues arise as they begin to engage without the proper education or awareness surrounding the matter. Among other things, they have a higher risk of receiving sexually transmitted infections and having unplanned pregnancies.

As for contraception, many people grow up unaware of its different forms and the options available to them. They are more likely to flock to the most “popular” or “mainstream” contraceptives: condoms or pills such as Yaz and Yasmin.

The nature of the Lebanese healthcare system further antagonizes this idea, with medical facilities such as hospitals, pharmacies, and private clinics contributing to the spread of misinformation.

“Women especially are seen as the recipients of teaching,” said Yasmine. “Rather than telling her what [a medication] does so she can calculate [what to do with it], a lot of the time it is a one-way conversation.”

“Part of the hyper-medicalization that we have in Lebanon is like an elitist medical industry that prides itself on ‘the more you pay for something, then the better the quality of it should be’,” said The A Project founder, highlighting how that applies to medicine.

“A lot of pharmacies and doctors have contractual agreements with a lot of companies, so they’re supposed to push a certain [medication] as well, which is very capitalistic, but that is the kind of healthcare market that we’re facing.”

According to Yasmine, alternatives to popular contraceptive medications are available: All one has to do is look at their chemical constituency to ensure that the dosages are the same. For example, in the case of Yasmin, a market alternative would be Diane.

Yet many hesitate when switching medications in fear of suffering side effects or exposing themselves to unwanted pregnancies. When seeking consultations from physicians or doctors, their concerns are often trivialized, or no straight answers are given.

In Tannir’s case, her local physicians were misleading and unclear about whether she can switch to an alternative of Yasmin due to its unavailability.

The rise in demand of some products and the decrease of others leads pharmaceutical companies to only import a limited range. The result is a system that favours profit above all else, and benefits from the lack of sex education to promote some products and monopolize the market.

Sexual health specialist Dr. Jihane Naous, a representative from Marsa Sexual Health Center, recalled the case of the Depo-Provera shot. The depo shot is a safe and convenient contraceptive injected into the patient once every three months. If administered on time, the shot is incredibly effective.

According to Dr. Naous, the lack of awareness surrounding the shot created a lack of demand, eventually leading pharmaceutical companies to stop importing it three or four years ago.

It is becoming increasingly expensive to seek medical consultations from gynecologists, with the prices of appointments continuously increasing.

“It’s already very expensive to do a check-up or consultation with physicians. These prices are also going up,” said Yasmine. “And I understand that people need to eat, and not all healthcare providers are super well off, but more likely than not, it wouldn’t be as bad as other people.”

“I understand that healthcare providers may have to adjust their prices, but [we need to be logical],” she added. “Because of lack of counseling from healthcare providers, people prefer to go to pharmacies and try their luck. This is not only because it’s cheap, but also because there’s a stigma associated with sexuality and sexual health.”

While pharmacists are capable of providing some insight, they still form an active part of this elitist healthcare system. Many migrant workers, refugees, teens, and trans individuals feel unwelcome and judged when seeking their advice.

Contrary to popular beliefs, many contraceptive alternatives are indeed available –but this is not to say they are totally protected from the burdens of the economic and financial crisis.

According to Dr. Naous, some local manufacturers are attempting to produce condoms, but the latex needed for mass production must be imported from abroad and paid for in dollars.

Should people feel that the products are far too expensive, then they may be at risk of forgoing contraceptives altogether and engaging in risky sexual behavior, exposing them to unwanted pregnancies, STDs and STIs.

Solutions for the future

Any potential solution for this issue must be rooted in structural changes to both the educational system and the healthcare industry. As a first step, the Ministry of Education must be pressured into re-introducing sex education into school curriculums, in addition to ensuring that teachers obtain the proper training from sexual health experts so that classrooms may become a welcoming environment for any and all questions on such topics.

Moreover, physicians and pharmacists must undergo sexual health training so that they can stop actively contributing to the stigma surrounding the topic. Ideally, this would come as the result of restructuring the healthcare system.

In a perfect scenario, a new healthcare system would be inclusive, accessible and affordable for all, with activist groups and grassroots organizations closely monitoring it.

Yet given the current climate in Lebanon, we often end up relying on activist groups, grassroots organizations and collectives to pave the way for a better reality. What we can start doing right now is raising awareness and educating others, and this has already been set in motion with the existence of groups such as The A Project and Marsa.

Healthy and localized conversations on social media are also becoming more popular, a result of pages such as Mauj and Haki Nasawi. Simple acts such as educating ourselves and others by sharing this kind of content and engaging with relevant literature, are small but essential steps to starting a conversation on the reality of contraceptives and sexual health in Lebanon.