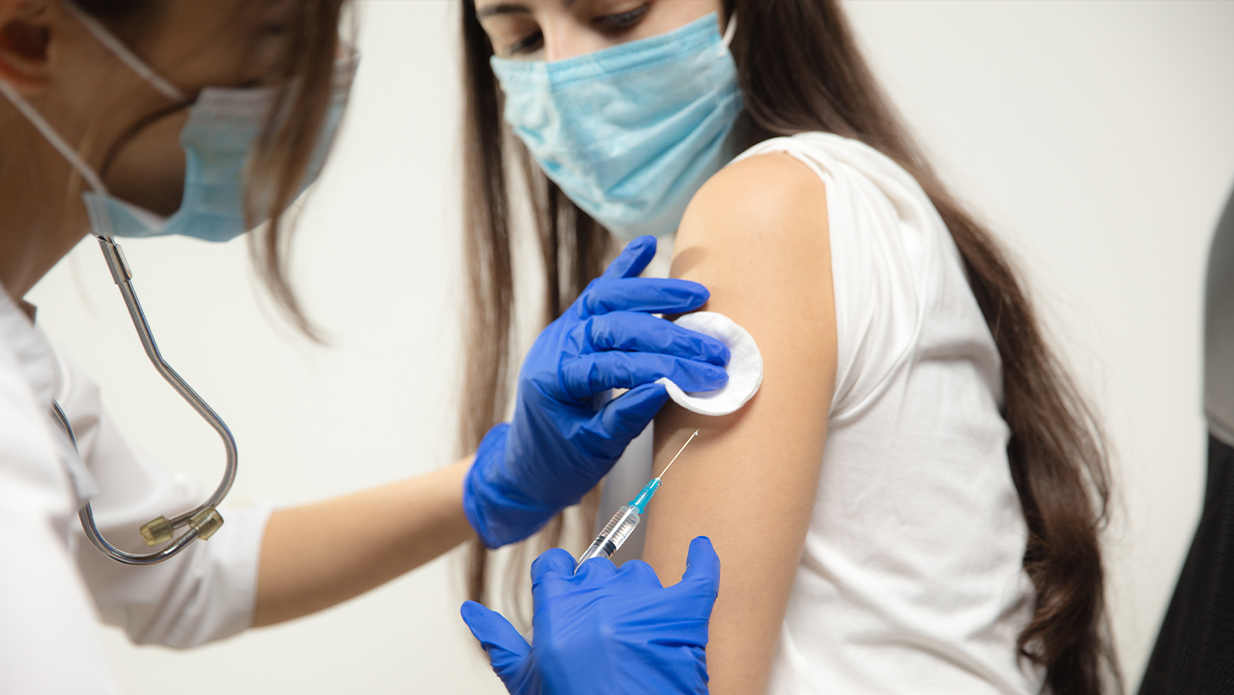 Over 10,000 doses of the AstraZeneca vaccine were administered on Saturday during the Ministry of Health’s “vaccination marathon” hosted in an effort to speed up Lebanon’s vaccination campaign.

The marathon allowed anyone above the age of 30 to receive the vaccine, even those who had yet to receive an appointment from the Ministry of Health. Around 15,000 vaccines were allocated for the day, with medical staff on standby till 6 PM.

With more than 757,00 vaccine doses administered in total, more than 10 percent of the population has now been partially or fully inoculated against COVID-19.

Throughout the day, masses gathered at vaccination centers to receive their first dose. Among other facilities, 1,585 vaccines were administered at the Mount Lebanon Hospital, 1,407 via the Lebanese Red Cross in Antelias, and 918 at the Lebanese Canadian Hospital for a total of 10,651 jabs on Marathon Day.

Caretaker Health Minister Hamad Hassan was one of those who received their first dose on Saturday.

The Prime Minister’s Adviser for Health Affairs, Petra Khoury, said the committee is working on targeting individuals who had not registered for the vaccine using the IMPACT platform, in addition to spreading awareness on the vaccine for those who are fearful of taking it.

The campaign partially sought to encourage people to take the AstraZeneca vaccine, after reports of deaths as a result of strokes caused by the vaccines spread, contributing to the rise of misinformation and fake news surrounding the vaccine.

As a result, many individuals are fearful of or refuse to take the vaccine entirely.

Hassan stated that 100,000 individuals had so far received the first dose of the vaccine.

The country’s vaccination campaign began on January 28, with the government’s projected plan to have 80 percent of the population vaccinated by the end of the year. So far, less than 245,000 people in Lebanon have been fully inoculated against COVID-19.

Earlier this year, health experts estimated that it would take three years for the country to be fully vaccinated, including refugees and migrant workers.

The ministry stated its intention to plan yet another vaccine marathon in the coming weeks, with the health minister mentioning that these events “will be repeated weekly according to need and the number of doses available.”

Today, Lebanon’s caretaker Minister of Industry Imad Hoballah announced that a contract to locally produce the Sputnik V COVID-19 vaccine will be signed in mid-June.

The Sputnik V vaccine has so far been distributed privately through a supplier to businesses, syndicates, NGOs and some political parties, including the Future Movement.