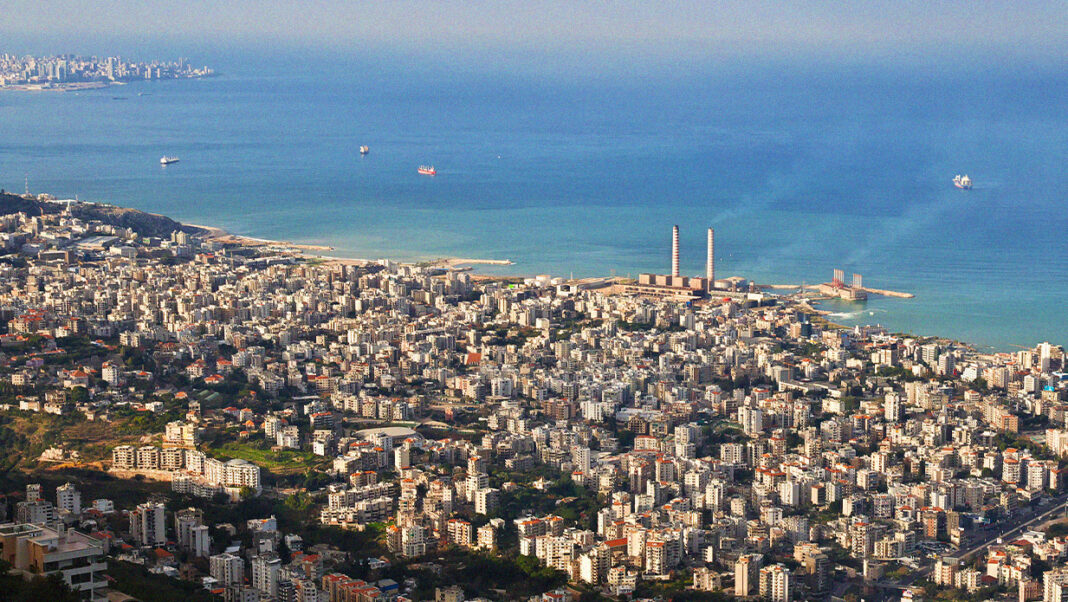 Despite its abundance of water, wind, and sun, renewable sources of energy remain an untapped potential in Lebanon. The country has slowly started to adopt greener and more sustainable alternatives to electricity and gas production, with an evident increase in the demand for solar panels and even the launch of the country’s first electric car.

A greater push towards green energy would ultimately save the country money, help lessen the gap between energy demand and supply, and reap environmental benefits.

Over the past 18 months, Lebanon has faced a severe electricity crisis, leading to the rationing of state electricity for around 20 hours per day in the capital Beirut. A World Bank report from late 2020 revealed that EDL has only been able to supply between 55 and 64 percent of Lebanon’s electricity needs.

Citizens already rely on external generators to provide them with electricity when state-provided electricity is cut out. However, the electricity crisis posed new challenges last summer, as even these generators were forced to shut off during the day due to risk of over-exhaustion. This rendered many incapable of basic activities, such as cooking, working and even showering.

In recent years, and as a result of imminent shortages and constant instability, many factories and companies have increased their demand for solar energy.

Energy consultant Jessica Obeid told Al Bawaba that this demand “has remarkably increased among individuals and companies alike, in anticipation of the fuel crisis and the rise of prices of diesel and fuel, especially if Lebanon’s Central Bank (BDL), lifted its subsidies on fuel with the depletion of its foreign currency reserves.”

In March, 2021, the caretaker energy minister warned that the country was at risk of plunging into “total darkness” because the country was facing difficulty securing money to pay for fuel imports. As BDL’s foreign currency reserves run dangerously low, the country is once again at risk of an energy crisis.

As per Al Bawaba’s report, “Obeid stressed the need to support such projects because they would alleviate the citizens’ burden amid the stifling economic and financial crisis.”

The initial cost of installing a 5-amp solar unit begins at $3,000 –unaffordable to most in Lebanon, especially when half the population is currently living under the poverty line. However, larger companies and national projects could benefit in the long-run from tapping into solar power.

An increase in demand for solar energy entails less reliance on the state electricity network, decreasing fuel imports and production costs and saving the burden of anticipating electricity cuts every other week.

Lebanon’s slow move towards greener energy sources has also seen the launch of the country’s first electric car. According to the Thomson Reuters Foundation, the coupe-style Rise is “billed as cheap and green.”

The car costs around $30,000 and reaches 180km per hour and is set to go on the market in Lebanon and Europe late 2021, pending certification.

While the car is highly anticipated abroad, the Reuters report states that it “faces a bumpy journey at home.”

Lebanon is currently battling its worst economic and financial crisis to date, and citizens are unconcerned with purchasing cars as a result. During the first two months of 2021, only 62 cars were purchased, compared to 1, 876 during the previous year.

Despite this, CEO Jihad Mohammad seems to be optimistic, stating that “Lebanon’s electricity is one of the cheapest in the world. Few people could dream of driving an electric car at these costs.”

As per the Reuters report, the price of power is less than a 10th of the production cost. Mohammad plans on installing dozens of changing stations for free across the country, making the car more accessible to many.

However, the success of Rise is contingent on Lebanon’s ability to shift a segment of its electricity production towards solar production. According to caretaker energy minister Ghajar, “investments have stopped in all energy sectors including renewables.”

Yet a shift towards renewable, green energy would help Lebanon work its way towards solving the electricity crisis. Should a new government introduce a financial recovery plan and invest more towards shifting Lebanon to domestically-produced green energy, Lebanon would be able to save large sums of money and lower toxic emissions of fossil fuels, thereby decreasing pollution.

Additionally, Lebanon currently generates around 95 percent of its power through burning fossil fuels, which has actively contributed towards heavily polluting the air.

Lebanon’s electricity sector deficit is, in part, a result of high operational costs that come with utilizing highly polluting and expensive diesel and oil instead of natural gas or renewable sources. Fuel-based electricity increases air pollution without meeting consumption demands.

Shifting towards clean energy is feasible in the long-run, and could cost less than Lebanon’s traditional power plants. Generating solar energy could cost as little as $0.06 per kilowatt-hour, compared to EDL’s estimated $0.14 per kilowatt-hour. EdL cost goes up to $0.20 when factoring in administrative costs and losses in transmission, distribution, and theft.

The electricity sector in its current state financially benefits the ruling class and private generator owners, whose parallel electricity market is estimated at an annual $1.5 billion to $2 billion in Lebanon. According to a 2018 market assessment from the World Bank, the public can save more than $800 million yearly if diesel generators were phased out.

The benefits of shifting to sustainable energy production are endless, but remain a far-fetched dream.

Breaking down bank secrecy in Lebanon with Dr. Mohammad Fheili |...

Lyne Samury - August 4, 2022 0
“With time, I am starting to lose hope over the fact that justice will be brought.”

TK Maloy - August 3, 2022 0
It's been two years since the Beirut blast shook the city and its residents, who still suffer from persisting mental health issues in its wake.

Abigail Carroll - August 3, 2022 0
Feminists were marching to express anger towards state-sanctioned violence and harassment against marginalized groups in Lebanon.