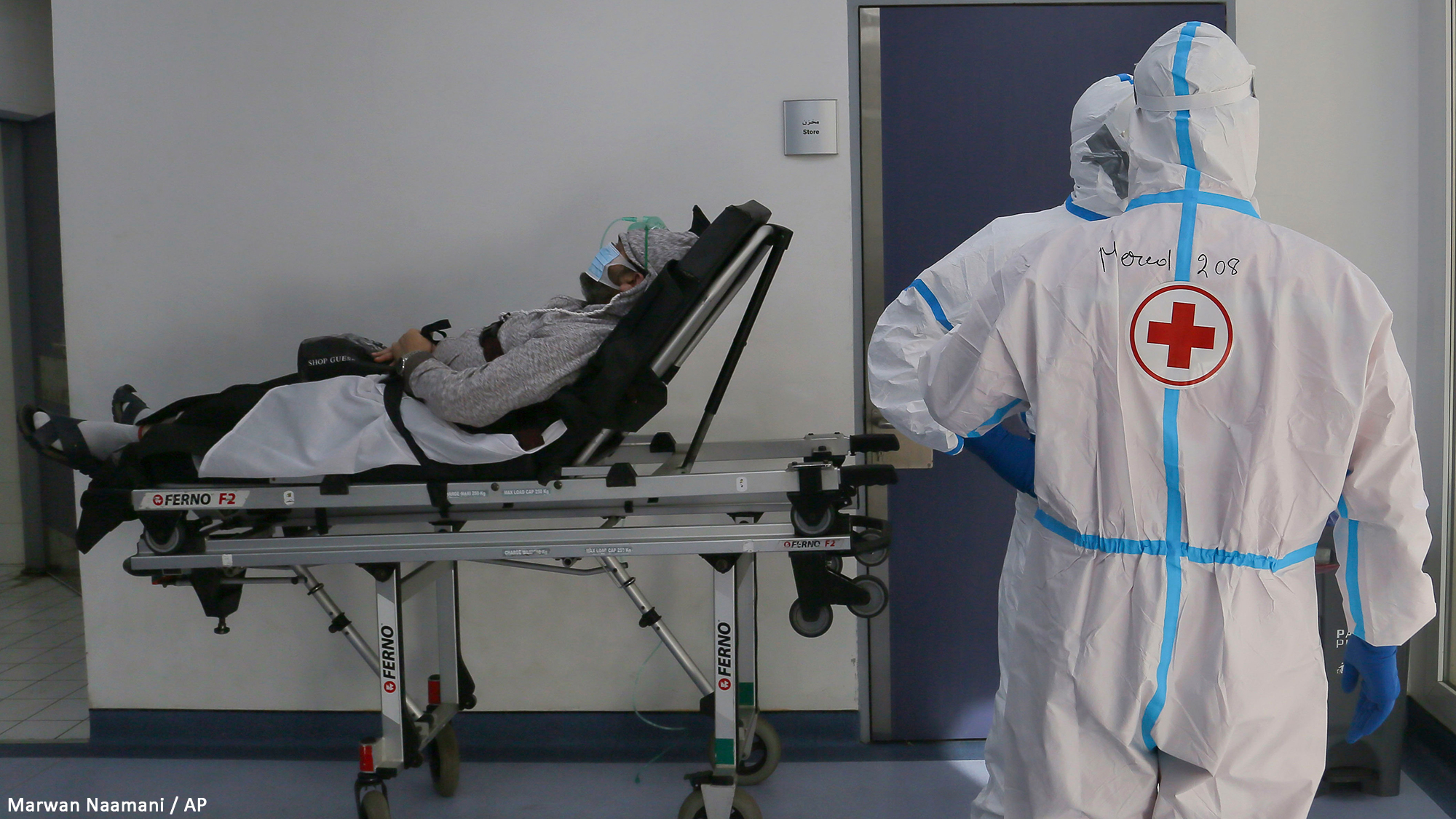 The health sector in Lebanon is under severe strain, with COVID-19 cases still on the rise and the country exiting full lockdown earlier this week.

On Monday, restaurants and day cares were granted the ability to open from 6 AM to 7 PM. Gyms are now running at 30 percent capacity, while Casino Du Liban remains open around the clock. A curfew is set from 7 PM onwards.

Head of RHUH, Firass Abiad, took to Twitter this morning to state that the COVID-19 emergency department (ED) has been severely congested for weeks. The ED delegated for non-COVID-19 cases is now becoming severely congested as well.

“At RHUH, aid by international organizations like @ICRC_lb [International Committee of the Red Cross, Lebanon] allows affordable access to care.”

Since cases began to mount earlier this year, Abiad has consistently warned against the effects of this surge on the public health sector and hospitals in general.

As a result of these mounting cases, fewer hospital beds are now available to non-COVID-19 patients as the health sector struggles under the weight of the pandemic.

Abiad noted that this pattern has been previously observed in countries with high outbreaks of COVID-19, such as Italy, China, and the USA.

“Some patients delay going to their doctor for financial reasons, or to avoid exposure to Covid. They come to the ER when their condition worsens. Congested ER means further delays,” tweeted Abiad. “When the patient is finally seen, the needed care is usually more extensive and expansive as well.”

Abiad warned that the situation is only expected to get worse, as emigration rates rise amongst healthcare professionals and Lebanon sinks deeper into this financial and economic crisis.

Around 1,000 patients in Lebanon were on mechanical ventilation with an oxygen supply that could only last until the end of the day, according to Hassan.

Head of the Private Hospitals Syndicate Sleiman Haroun, however, informed local media that Lebanon is not facing an oxygen shortage as a result of two large factories accommodating the country’s needs. Private and public hospitals supported his statement via local media as well.

At the moment, Syria has its own economic struggles and surge in COVID-19 infections. According to Syrian Health Minister Hasan al-Ghabbash, the gift to Lebanon will not strain his country’s supplies.

The first shipment of the vaccines arrived in Beirut on Wednesday, with around 2.73 doses secured with the help of the World Health Organization (WHO) and more on the way. The government will wait before administering them until international health regulators clear the vaccine for use, following concerns about possible blood clotting.

However, the European Union’s drug regulatory agency stated last week that the vaccine does not increase the possibility of blood clots.

It will make Sputnik V available for companies and pharmacies at a price of $38 for both doses.

The country initially launched its vaccination campaign in February, where individuals who wished to obtain the vaccine were required to register via the Central Inspection Bureau’s Impact platform.

Many people took to social media to complain about the slow pace of the rollout, as their elderly relatives waited for weeks to obtain an appointment. The campaign is currently still in its initial phase of vaccinating individuals over the age of 75 and healthcare workers.

At this current pace, it will take Lebanon nearly four years to vaccinate the entire population. The Health Ministry had previously set out to vaccinate 80 percent of the population by the end of the year.