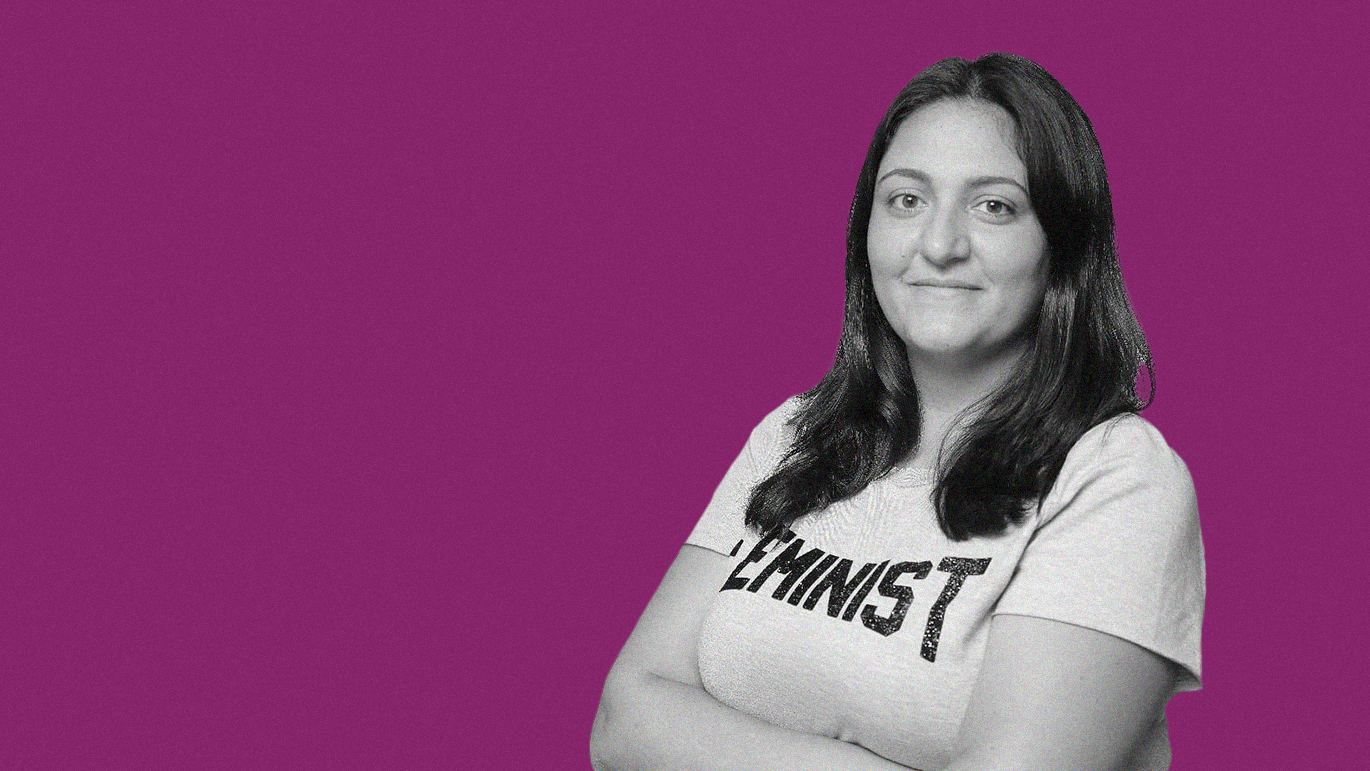 In 2020, Lebanese feminist, activist and journalist Hayat Mirshad was named one of BBC’s 100 most inspiring and influential women of 2020. Throughout her 14-year career, Mirshad has been one of many women unapologetically and openly advocating towards promoting women’s rights in Lebanon. Yet to her, the fight is far from over.

Women and allies in Lebanon took to the streets yesterday, on the occasion of International Women’s Day 2021, for their annual march against gender inequality. While the protest acted as a hopeful reminder of the ever-growing feminist movement in Lebanon, it also shed light on just how much systemic and institutional injustice stands in the way of women.

“One of the main roles that the movement is playing is advocating for changes in the discriminatory laws and policies in Lebanon, and more protection and rights for women,” Mirshad told Beirut Today.

Different slogans emerged during the march, including calls for economic justice, an end to harassment and domestic violence, and the downfall of transphobia, the Kafala system and religious interference in personal affairs.

Lebanon’s recent headlines confirm their undeniable woes, highlighting the increased domestic violence during the COVID-19 lockdown, the inability of women to pass on their nationalities to their children, and sexist remarks against the handful of women elected into public office.

On the occasion of International Women’s Day, Beirut Today is releasing a recent interview we conducted with Mirshad to celebrate her accomplishments. The activist and journalist reminds us of why women choose to lead underneath glaring patriarchal oppression, discrimination, violence, and aggression.

Aside from being a feminist, journalist, and activist, how would you define yourself?

For me, I always love to define myself as a feminist in the first place. This is my cause and my fight, my lifestyle, everything. If you want another definition, I will define myself as a woman who is standing in the face of injustice, reclaiming her space and rights, as well as all women and girls’ spaces and rights.

How did you first get interested in feminism? What are some of the first books or texts you read?

I first got interested in feminism honestly when I first read Nawal El Saadawi. I was at a young age witnessing different forms of discrimination among boys and girls in my community and family.

All the time, I was questioning: Why this discrimination? I read Nawal El Saadawi when I was around 16 years old. It was a turning point in my life. She highlights the discrimination and violence that girls are subjected to, and she also explains them in an easy way that makes you relate to them. The book I read was “Women and Sex.”

Over the past few years, feminist initiatives have become more popular across Lebanon. What do these initiatives look like? What gaps are they filling, and what gaps still need to be filled?

In the past years, I agree that women’s initiatives became not only more popular, but also stronger and [more] well-established than before. Now, these initiatives are different. We see non-governmental organizations, formal and non-formal collectives, political groups, feminist clubs in the universities, etc.

The movement in Lebanon is now diverse, mainly it is contributing to spreading the word and the knowledge about women’s rights, violations to these rights, and lobbying, organizing around these issues.

Some organizations are filling the gap made by the government through providing direct services to survivors of different forms of gender-based violence, in addition to domestic workers, LTBQI+ communities, refugees, etc. through providing psychosocial support and legal support.

One of the main roles that the movement is playing is advocating for changes in the discriminatory laws and policies in Lebanon, and more protection and rights for women.

What has been the most distinguished moment of your career thus far? (Besides being named among the top 100 influential and inspiring women for 2020!)

I [don’t consider] women’s rights and feminism in general as a career, I consider it more as a lifestyle and struggle that you will never be able to quit. There are many distinguished moments through my years of activism, but the most distinguished moments are the moments where I am able to support any woman and girl and help her to reach the protection and justice she is aiming for.

These are the main moments that are still present in my mind. I always remember them, and they always motivate and push me towards activism and to never quit this struggle.

Lebanon is notorious for harassing and mistreating women journalists. What has your experience been like in this field?

At many times, we were working on cases of violence against women, and the perpetrator or abuse is a man who is related to a certain political party or holds a certain power in society. At many times, we were threatened with our lives and [those of] our families. This is in order to silence us and prevent us from speaking about the case. [I have also experienced] attempts to hack my online accounts and feed into my personal life.

What changes have you witnessed in the field of journalism from when you first started out until the present day?

I’m proud to say that we worked a lot over the past years on promoting gender-sensitive media coverage and a balanced image of women and girls in media and in ads. We trained over the years different journalists from various media outlets all over Lebanon, including journalism students. A lot of media organizations also worked a lot on lobbying to involve the media in women’s rights.

The dominant pattern in the media, however, is still to promote objectification, sexualization and stereotyping of women but I’ve seen in the past years a positive change where there is more support by the media towards causes of women’s rights.

For me, this is still not enough. We need more coverage, we need them to be present in women’s issues. I can say that I witnessed improvement in the coverage regardless, at many media outlets. We are now witnessing journalists that write in a gender-sensitive approach, and also more support to the causes of women.

What is your favorite piece of journalistic work that you have ever worked on?

I have different favorite pieces as I wrote about different issues. My favorite ones are the ones that are related to exposing cases of violence. I wrote many of them.

Could you name distinguished female journalists in the MENA region whose work you admire?

For me, I like the work of Dalal Mawad a lot. I like her coverage and I admire her dedication to the causes, and I like a lot what Joumana Haddad has done over the years in raising awareness over different issues relating to human rights, and recently, her program on Al-Hurra TV. These are mainly the two women that I have in mind.

What are you working on at the moment? What projects do you hope to take on in the future?

I am currently the Editor-in-Chief for Sharika wa Laken, a feminist platform that I started along with colleague Alia Awada in 2012. It started off as a feminist radio station, the first of its kind in Lebanon and the MENA region, then we turned it into an online platform when we started witnessing the impact and the high-reach of digital media.

Currently, I am still at Sharika wa Laken, and I am willing to work more on strengthening the website because it is really one of a kind website in Lebanon that provides knowledge and information about women’s rights in Lebanon, in addition to advocating for different causes.

Also, I’m currently the co-director of Fe-Male, and currently the projects that we are focusing on are advocating for different issues relating to women’s rights. We are focusing on online gender-based violence and cyber security for women and girls, and also on countering period poverty and ending the stigma against the situation in Lebanon. We are also continuing our work on media, and on strengthening the young feminist movement and expanding it in Lebanon.

The projects that I hope to take in the future…I always look to learn more about issues related to women’s rights and my knowledge about them.

I would like to continue working on everything that I am doing today to achieve real impact, mainly investing more in the feminist movement in Lebanon, and [working on] including the young generation in this movement in Lebanon. They are the hope for change.

Honestly, I would also like to work more on bodily rights and sexual, reproductive health and issues, abortion, women’s control over their bodies. These are mainly the issues that I would like to invest more in in the future, alongside the projects I am already on, because they need constant work.