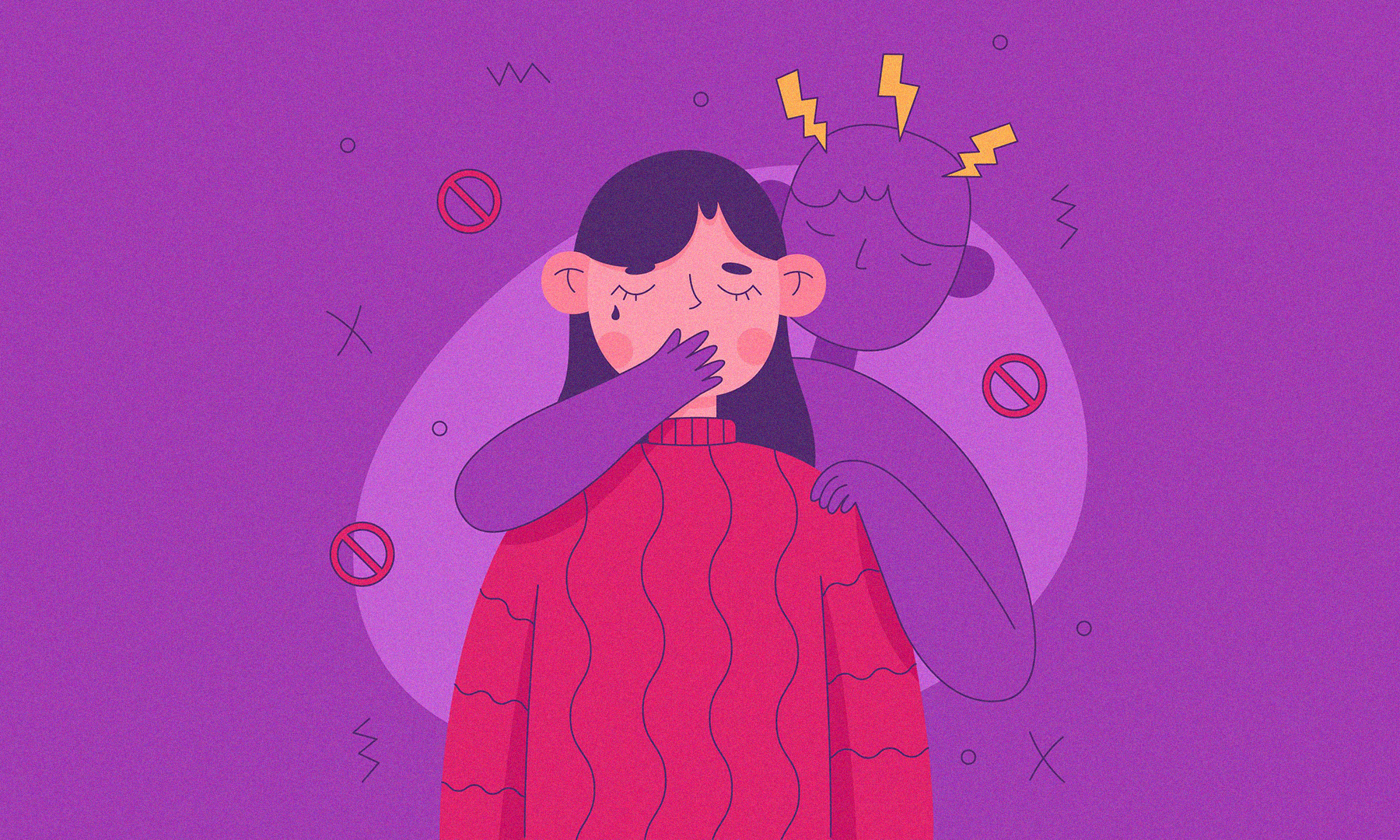 Educating children can help with domestic violence in Lebanon

Not a day or week goes by where we don’t hear about domestic violence in Lebanon, from cases where women are strangled by their husbands to cases where they are severely beaten by their exes.

A recent study from the United Nations revealed that Lebanon, like other Arab countries struggling with the coronavirus pandemic, has witnessed a surge in gender-based violence against women as a result of lockdown measures combined with other factors.

The number of reported domestic violence incidents increased greatly in Lebanon, a combined result of a prevalent patriarchal culture, a severe economic crisis, and an outbreak of the killer coronavirus that the government failed to control.

The head of the ISF’s Public Relations Division head, Colonel Joseph Moussallem, said that domestic violence increased by 96.5 percent during the outbreak. Lebanese family violence lawyer Amer Badreddine, a member of women’s rights group KAFA’s support center, explained to Beirut Today that the significant increase describes the number of complaints. The rate of domestic violence itself, in a culture where the topic is taboo and often goes unreported, may be even worse.

Despite the increase in domestic violence cases seen in the latest local and international statistics, the Lebanese government continues to sing praises of its recent human rights successes to the international community. Most recently, Lebanon highlighted its work during the third universal periodic review of its human rights record by the UN Human Rights Council, which took place on January 18.

During its intervention, the Lebanese state reiterated what it considered to be “achievements” in terms of amending the law to protect women and families from domestic violence –stressing that the country is taking all required measures to put these two new laws into effect.

In April 2014, a first-of-its-kind domestic violence law was approved in Lebanon. Rights groups, however,  criticized it for failing to tackle core issues such as marital rape and both economic and psychological abuse.

The increase in violence is caused by multiple factors

Badreddine explained that the increase in reported violence can be traced to multiple factors, particularly the added pressure on families during the economic collapse.

“Patriarchal thinking is the first reason behind the increase in domestic violence,” he added. “COVID-19 made it worse by confining families in the same home, which led to an increase in violence that was already present.”

He added that domestic violence hotlines and statistics provided by Internal Security Forces have contributed to making this violence public, although it was already present without them.

On December 21, 2020, Parliament passed a landmark sexual harassment law that criminalised sexual harassment with up to four years in prison and fines that are 50 times the minimum wage. Notably, the law expanded the definition of domestic abuse to include criminal practices that occur “during or because of marital life” and included economic violence.

The amendments also increased the number of judges who can investigate domestic violence cases, and ensured that victims are aware of their right to ask for social support and seek protection orders that include their children aged 13 and below.

Previously, protection orders only included children of the victim who are of legal custody age according to personal status laws. In the new law, any minor can ask for a protection order without their guardian’s permission and create a special account in the Ministry of Social Affairs’ Department of Family Affairs –which helps victims of domestic violence. The rehabilitation of perpetrators is financed through state contributions.

Amending the law is not enough

But did the amendment of the 2014 law do any good? Badreddine believes the amendment is a relatively acceptable start that expanded the scope of protection for victims of violence and increased the penalty – although KAFA was demanding more protection for women and family members.

Human rights and women’s rights activist and lawyer Rouba Shoker told Beirut Today that the domestic violence law protects women theoretically, but not when it comes to actually implementing the law.

She also pointed to the fact that the Lebanese law protects all citizens from violence, but that the domestic violence law offers an extra layer of protection for women and family members. Shoker also spoke about loops in the application of the law by the Internal Security Forces’ Judicial Police.

“If a woman is living with her husband, is subjected to violence, and unable to resort to a forensic doctor or the judiciary, then she calls the judicial police which should be ready to hear any case of violence,” she said. “And when she does, she finds leniency or even negligence at a time when the law should be swift to put an end to the violence.”

Badreddine agrees with Shoke, both speaking about the lax attitude of judicial police when it comes to certain cases as a result of social beliefs or logistical issues. The negligence, says Badreddine, sometimes leads to the murdering of women –as was the case for Zeina Kanjo, who recently died at the hands of her husband.

The 1745 hotline is available but…

Internal security forces dedicated a special hotline to report domestic violence (1745), considered to be a lifeline for some women.

Badreddine said that the ISF responds quickly to calls that come into its hotline, also mentioning that the response rate is faster in cities rather than villages and the countryside. KAFA lawyers follow up with complaints received by the ISF but not processed, when they evade their responsibilities, or in the case of loopholes that makes it difficult for them to follow up on the case.

Shoker says that the point isn’t receiving domestic violence complaints through the hotline, but rather immediately moving to stop the violence without leaving time and room for it to escalate. She questioned whether the judicial police move quickly enough according to the severity of violence against women.

The “Declaration on the Elimination of Violence against Women” –which was published by the UN in 1993–  identifies violence against women as “any act of gender based violence that results in, or is likely to result in, physical, sexual or psychological harm or suffering to women, including threats of such acts, coercion or arbitrary deprivation of liberty, whether occurring in public or in private life.”

“Protecting women from domestic violence begins with the education of youth to rehabilitate society,” said Badreddine, who also urged “parents not to discriminate between females and males and treat them equally when it comes to rights and duties in an effort to change the prevailing male mentality.”

The lawyer recalled that KAFA was one of the first organisations to demand laws that protect women. According to the feminist group, solving the prevalent issue of domestic violence occurs through ammending personal status laws to allow civil courts to look into cases of custody and visitation, which a large number of domestic violence cases stem from.

Similarly, Shoker mentioned that violence has been historically present in Lebanon and that the solution lies in nipping the problem at the bud through educating children and providing a proper upbringing, since violence often carries forward from youth to adulthood.

Families play an important role in ending the cycle of violence, as do schools. Shoker identified a gap in courses or lessons on domestic violence and abuse in Lebanon’s private and public schools.

The lawyer and activist clarified that the severity of the punishment does not prevent the crime, especially given the failure to bring perpetrators of women’s rights violations to justice in Lebanon.

According to Shoker, the judiciary needs to crack down on perpetrators and provide victims with justice to decrease domestic violence rates. However, Lebanon’s judicial system is not independent. Politicians, and religious figures often interfere in cases, which affects their outcome negatively.

The latest victim of domestic violence is the young Lara Chaaban, who was ambushed by her husband on her way to work in Mount Lebanon Hospital right after she left her home in Hay El-Sellom. He struck her with blows to the head and stabbed her until her lungs ruptured. She also suffered severe wounds to the kidney, as well as a disfigured face.

On January 26, a 7-month-old baby suffered from a fractured skull and severe internal bleeding after he was assaulted by his 22-year-old mother.

The murder of Zeina Kanjo is another high-profile case that recently surfaced. She had filed for divorce on January 30, only to be suffocated and killed in her Ain Mraisseh home by her husband.

The victim had previously filed a complaint with security forces against the perpetrator for domestic violence, and was waiting to be divorced before being lured back home by her husband to commit his brutal crime.