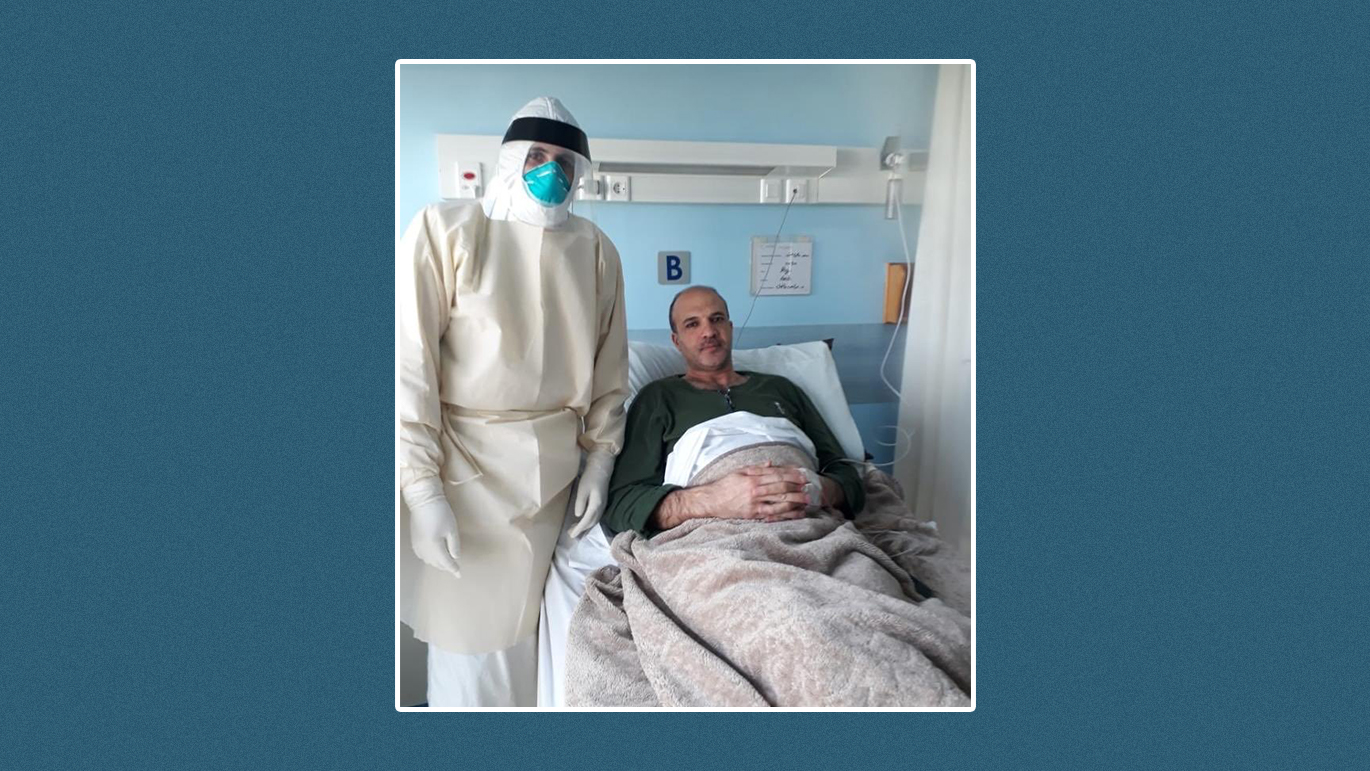 Caretaker Health Minister Hamad Hassan was admitted to the hospital after testing positive for COVID-19 on Wednesday evening.

Hassan was in stable condition when he was transported to the St. George Hospital in Beirut’s suburban neighbourhood of Al-Hadath. He is one of the many individuals currently battling COVID-19 as Lebanon descends into a terrifying second-wave.

The country is currently witnessing a health crisis as cases spike to reach over 3K positive tests every day and hospitals seek drastic measures to combat the pandemic.

The Sheikh Ragheb Harb University Hospital outside Nabatieh announced yesterday that its COVID-19 ward is at full capacity, while head of the Rafik Hariri University Hospital Firass Abiad took to Twitter to state that “four COVID positive patients presented in cardiac arrest to our emergency room.”

Hospitals have had to expand their ICU capacities for COVID-19 patients at the expense of other healthcare services, such as cardiac or respiratory diseases, among others. Just yesterday, it was reported that 655 people were in the ICU, while 5,196 have tested positive.

For a country with Lebanon’s size, these numbers are catastrophic, indicating a grim reality and warning of an even worse future.

As hospitals fill to the brim with patients, citizens have begun to take matters into their own hands and search for life-saving oxygen machines for their loved ones.

Over the past few days, people have been circulating the numbers of oxygen generators or concentrators on social media in order to help those in need. Amidst the country’s worst health crisis in recent history, the machines have grown scarce.

Many sellers have run out, and others have received over a hundred calls per day from frantic citizens desperate for these machines.

Health Minister admitted to hospital, despite lack of beds

The health minister, who was confirmed to be in good health by the Health Ministry, was admitted into a hospital at a time when hospital beds are privileged commodities.

While citizens experiencing cardiac arrest, pneumonia and hypoxia respiratory failure struggle to find spaces in local hospitals, the health minister was admitted instantly. The current health regulations advise citizens to self-isolate if they are in stable condition, and only seek hospitalisation should their health worsen in an effort to preserve hospital beds for those in dire need.

Hassan was continuously captured attending big gatherings in defiance of his ministry’s own health regulations that advise citizens to practice social distancing.

Hassan’s immediate hospitalisation is nothing short of a reflection of the corruption plaguing the Lebanese political class. The health minister, who has defied his own regulations, is easily the recipient of a hospital bed after his citizens struggle against a pandemic and economic crisis hindering their livelihoods.

Over the last few months, high ranking officials across the world have tested positive for the virus after their countries proved themselves incapable of curbing the spread of COVID-19. Lest we forget the times when UK prime minister Boris Johnson and American president Donald Trump tested positive, after rates spiked in both countries, inciting panic.

With Hassan testing positive, the same can be said of the Lebanese government. Not only have they failed to protect their citizens against a pandemic, but in allowing Hassan hospitalisation at a time when his case is anything but critical, they have made it blatantly clear that the citizens of this country will never be a priority over the ruling class.