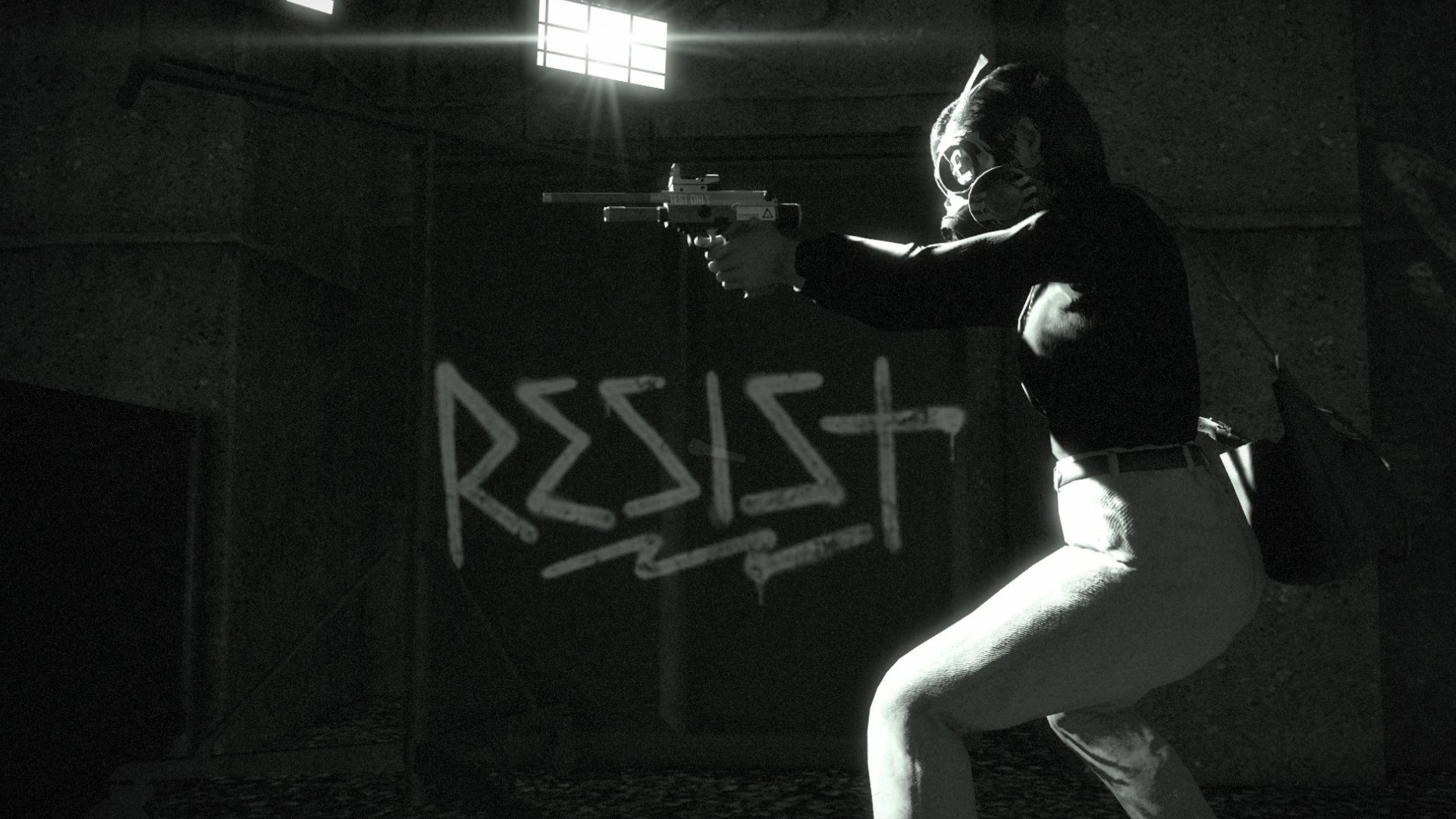 In 2020, video games let me punch fascists in the face as myself

I complete most of the missions in Watch Dogs: Legion as Ruth, a 39-year-old surgeon with a silenced stun gun and no specific hacking skills. The more I profile civilians on the streets of London, the more promising recruits I find for my resistance movement. My team boasts a roster of better-equipped civilians that include a professional hitwoman, a drone expert, and even a beekeeper who can unleash a swarm of bees upon his enemies. But I like Ruth’s hair because it looks like mine and her heavy accent has grown on me.

The third instalment to Ubisoft’s Watch Dogs series lets you be anyone. You can recruit any previously non-playable character off London’s perfectly-replicated streets to join your fight against a fascist police state.

I’ve made some absurd picks for my team just for the hell of it, the latest being a human statue whose profession means she can bust a couple of moves and hide from enemies. I’ve even encountered one construction worker who shares my family name, something I wasn’t expecting while playing a game set in London.

Watch Dogs: Legion, which admittedly falls flat sometimes in terms of gameplay, does a great job at making people from different backgrounds feel included. Their point: Everybody matters. Everybody can fight in their own way. And everybody should go out of their way to take back the world from fascists.

2020 has given us some great blockbuster games, and forced us indoors long enough to get intimately familiar with them. While the general narrative of games has often bolstered the belief systems of white, male, straight supremacists, this year feels different because of the sheer number of people crying about “keeping politics out of games.”

A woman’s muscles made misogynists cry

“Women can’t look like that,” the Internet –where everybody is an expert at everything– cried out about the massive muscles and bulky figure that Abby from The Last of Us Part II is sporting in the masterpiece and record-breaking title.

Rumors about her being transgender began to fly as soon as people saw her build. And while she’s not, she’s led down a path where she ends up journeying with and defending a trans teen who is unaccepted by the cultist group he was born into. Also worth mentioning is Ellie, the game’s other “hero” and the first openly LGBTQ+ protagonist in a triple-A game.

Mix Ellie being a lesbian, a muscular woman, and a trans teen in with a daring plotline where (spoiler alert!) Abby ends up killing the beloved protagonist of the first The Last Of Us a few hours into the first game, and you’ll find that die-hard traditionalist gamers nearly imploded at the thought of it.

“I’m going to find where you live and slaughter you” is one of the many death threats that actress Laura Bailey received for her remarkable voice acting as Abby.

Naughty Dog created genuine, fleshed-out characters who felt like more than just an attempt to fill out an “inclusivity” checkbox. It doesn’t feel forced. This has the potential to empower and influence the lives of millions of women and queer folks who play games but have never felt represented.

With time and through generations of gamers, this kind of representation takes power away from far-right ideologies and shifts conservative stances that shun out diversity.

Developers shouldn’t shy away from politics

From the Tony Hawk’s Pro Skater 1 and 2 remake including body types rather than gender when you create a skater to The Sims 4 finally updating their skin tones to offer greater variety to people with darker skin color, developers are starting to flip the gaming narrative.

While perhaps it is not worthy of praise because it should have been like that from the start, it is still a noteworthy step for the industry. Even if, sometimes, it’s a result of pressure from fans, women and people of color on the developing teams, and journalists.

The Sims 4, a life simulation game by EA, has for a long time allowed you to select a gender for your sim, how they pee (standing up or sitting down), and whether they get pregnant. Despite that, its skin tone variety and coloring on darker shades left much to be desired.

Community pressure from its fan base and prominent gamers led to the skin tone update that’s coming in December, which will include a hundred new skin tone swatches and a slider to allow for maximal customization.

Even Ghost of Tsushima, a samurai game from Sucker Punch that’s jam-packed with fun but not very focused on character development, accurately portrays that homosexuality was accepted in Feudal Japan.

While they could have shied away from the politics of it all by never mentioning homosexuality, two characters in the game come out to our protagonist on different occasions. Jin Sakai, our hero, casually accepts it.

I’m bound to spend hours in Cyberpunk’s ultra-detailed character creation panel, which disregards gender and allows you to match different body types with faces, voices and even genitalia.

Meanwhile, the new Spider-Man is set to pay tribute to the Black Lives Matter movement and its protagonist is a half-Black, half-Puerto Rican teenage boy. It’s only fitting to reference the social movement, given the state of the world today and the setting of the PlayStation launch title.

Anything else, and it would have been disconnected and difficult to get immersed into. To think that video games are apolitical is, not only unrealistic, but also silly. Just like movies, paintings, and works of writing, video games are an art form. And art is more than often a reflection of the world we live in and the people who exist in it.

There’s more than just white, straight, male gamers out there. When game developers have an opportunity to positively impact the world through representation, taking that chance is the only honest route –especially at a time when hateful and harmful fascist rhetoric is so emboldened across the world.