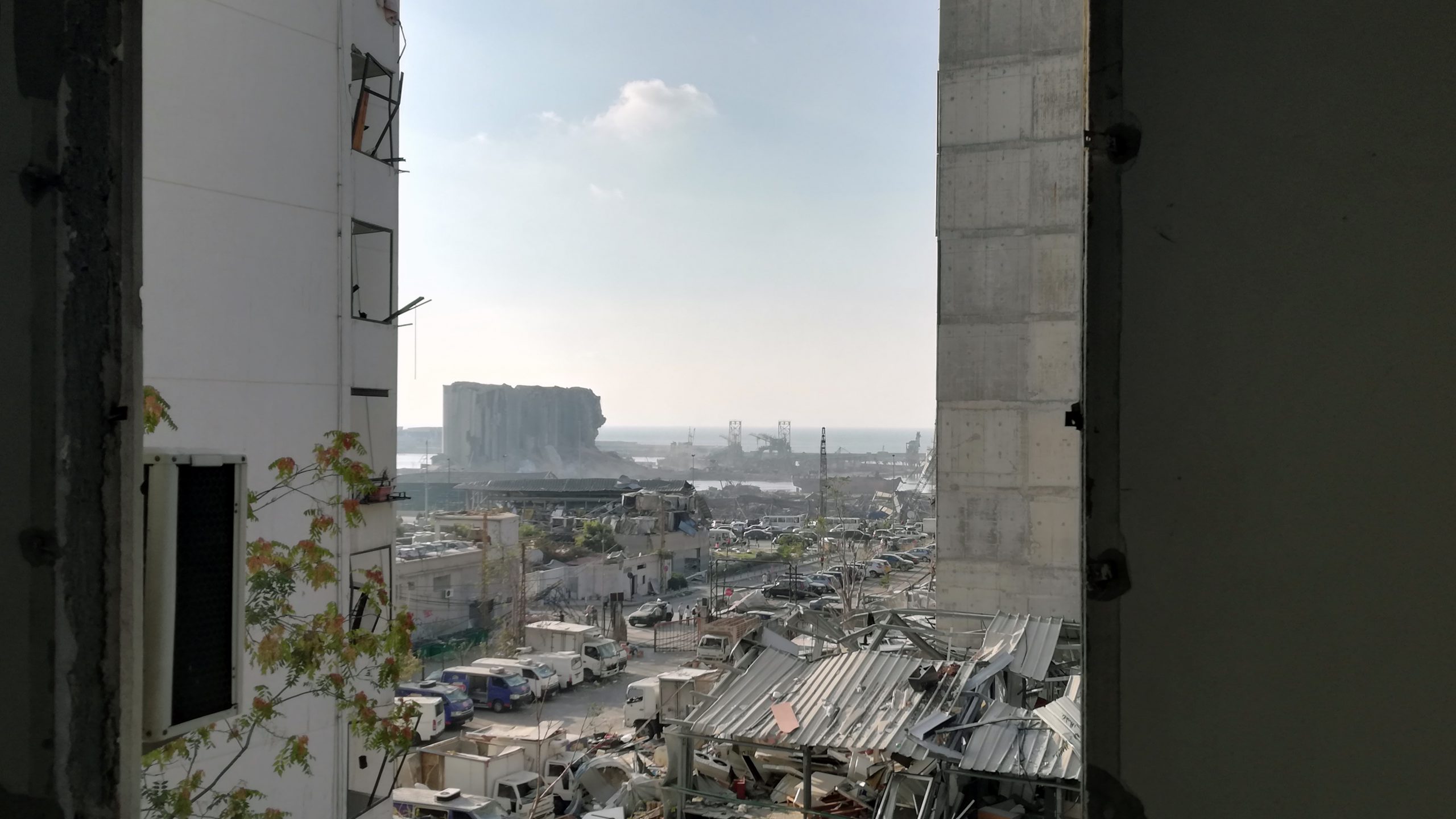 Not For Sale: Beirut’s reconstruction must prioritize people and not profit

Days after the blast in Beirut, “Beirut is not for sale!” posts began popping up on social media. Multiple statements by activist groups were also released, after reports that many of the Beirut residents whose houses have been destroyed by the explosion are being approached by real estate brokers.

These brokers are offering large sums of money to buy the demolished homes. It was reported that these brokers represented certain politicians, and were telling residents their buildings needed demolishing, as they pose a threat and are no longer secure to live in.

The explosion did not only cause thousands of injuries and around 200 deaths, it also claimed multiple homes in districts near Beirut Port, such as Gemmayze, Mar Mikhael, Ashrafieh, Bourj Hammoud and Karantina, which were almost completely destroyed. Severe destruction plagued some of Beirut’s most historic neighborhoods, including museums and religious structures.

An early assessment of damages drafted by the Ministry of Culture of Lebanon noted that at least 8,000 buildings, many of which are located in Gemmayzeh and Mar Mikhael, were affected. Of those buildings, 640 are considered historic and around 60 are at risk of collapse. The Ministry also stressed that structural consolidation and waterproofing measures to prevent further damage from rain in the coming months is urgently required.

The damage caused by the blast is not restricted to the destruction of buildings. Landlords have also been using the blast as an excuse to push tenants, specifically those whose rent still follows Beirut’s old rent laws, out of their homes.

Many residents have claimed that their landlords have refused to reconstruct the damaged homes and are seeking to sell the buildings, while others are requesting the demolition of their buildings to construct new property in their place, forcing people to leave these homes.

Our current priority should be bringing back any kind of normalcy into these neighborhoods, to help displaced residents to return to their homes. Looking forward, it has become clear that the path to recovery will not be easy.

According to an article by Beirut Urban Lab, there are major fears surrounding reconstruction, as “it will consolidate the very forces that led to the demolition of Beirut’s neighborhoods.”

Those fears are not baseless. What is currently happening is not new, as it is reminiscent of the post-civil war reconstruction project of Beirut’s central district, which consolidated the civil war induced divisions in the city.

The development of Beirut in the early 1990s turned the central district from a diverse city to an exclusive area sealed off from the rest of the city, designed in a way which serves to control, exclude and marginalize. One of the strongest ideas advanced by private reconstruction companies is the notion of inducing amnesia by rewriting history through reconstruction.

Solidere’s ultimate aim is to maximize profit for its shareholders, which resulted in the construction of downtown Beirut, a ghost town mostly occupied by banks and other abstract investors. Downtown’s contribution to our lives as a public space has been so minimal, that it has not been able to materialize gatherings within its districts beyond a site for protests.

With the reconstruction of Beirut post-war, the diversity of the land use, class and architecture changed –Beirut was transformed. This was not limited to downtown, rather it also induced a trickle-down effect onto surrounding areas like Gemmayze and Mar Mikhael.

According to Tala Al Khatib, a recent architecture graduate from the American University of Beirut, the way Solidere’s project affected these areas is not only through an unregistered unconscious process of gentrification.

“The most expensive land in Beirut is located in Solidere, and as you move further away from the central district, prices decrease. When the Solidere project was finished, the land prices increased, and thus so did those in neighboring districts. This attracted affluent bourgeois investors, tenants and businesses, which facilitated the gentrification process,” said Al Khatib.

Likewise, after the June War in 2006, the post-war reconstruction project was handed to Hezbollah, as Beirut’s suburbs and South Lebanon were considered political territory.

The project put aside any consideration for the connection of suburban neighborhoods, such as Haret Hreik, to other parts of Beirut, preventing the possibility of putting forth a reconstruction project that prioritized urban livability and everyday practices, rather than capitalist or security interest.

By allowing politically-affiliated private reconstruction companies to take over the demolished areas, we are changing the nature of these neighborhoods and the social relations of the people living there, rendering them non-existent. These mistakes should not be repeated, as these reconstruction projects are proof of the emergence of sectarianism and capitalism as one in Lebanon.

Sectarian leaders will control their followers and manipulate the urban space they occupy, as the ruling class sees fit to further particular capitalist endeavors that favor their interests. The Lebanese government and the private sector are intertwined, blurring the line between public and private. In this manner, the sectarian ruling elite ultimately controls the country in all aspects.

Our role as inhabitants of the city is to retell the story of Beirut and resist the pressures of such capitalist projects in the city. If the reconstruction plan were to move forward without concern for the people, it could also drive more people of out the city and accelerate the gentrification process, destroying the social fabric of the affected areas in Beirut after destroying its built one.

Any recovery process plan should start from the people. Mona Fawaz, Professor of Urban Studies at AUB, argues in an article for The New Arab that “buildings, streets, parks, or backyards have important social values as the frames in which people dwell and engage each other.”

“Through the accumulation of their practices, many of these spaces come to embody important heritage value: they personify memories and eventually come to reflect shared communal histories and identities, capable of bringing people together,” she says. “In short, Beirut’s soul is its people; we need to start with them.”

What we need is a community-based recovery project that is participatory and inclusive to the city’s residents, one that goes beyond just rebuilding the physical damage. The project must also rethink the inequalities and weaknesses that stemmed out from urban planning before the explosion, to build a city that preserves its social tissue and creates bonding rather than bridging.

Read also: The Grandness of the Grand Sofar Hotel: From Umm Kulthum to the Civil War and Beyond