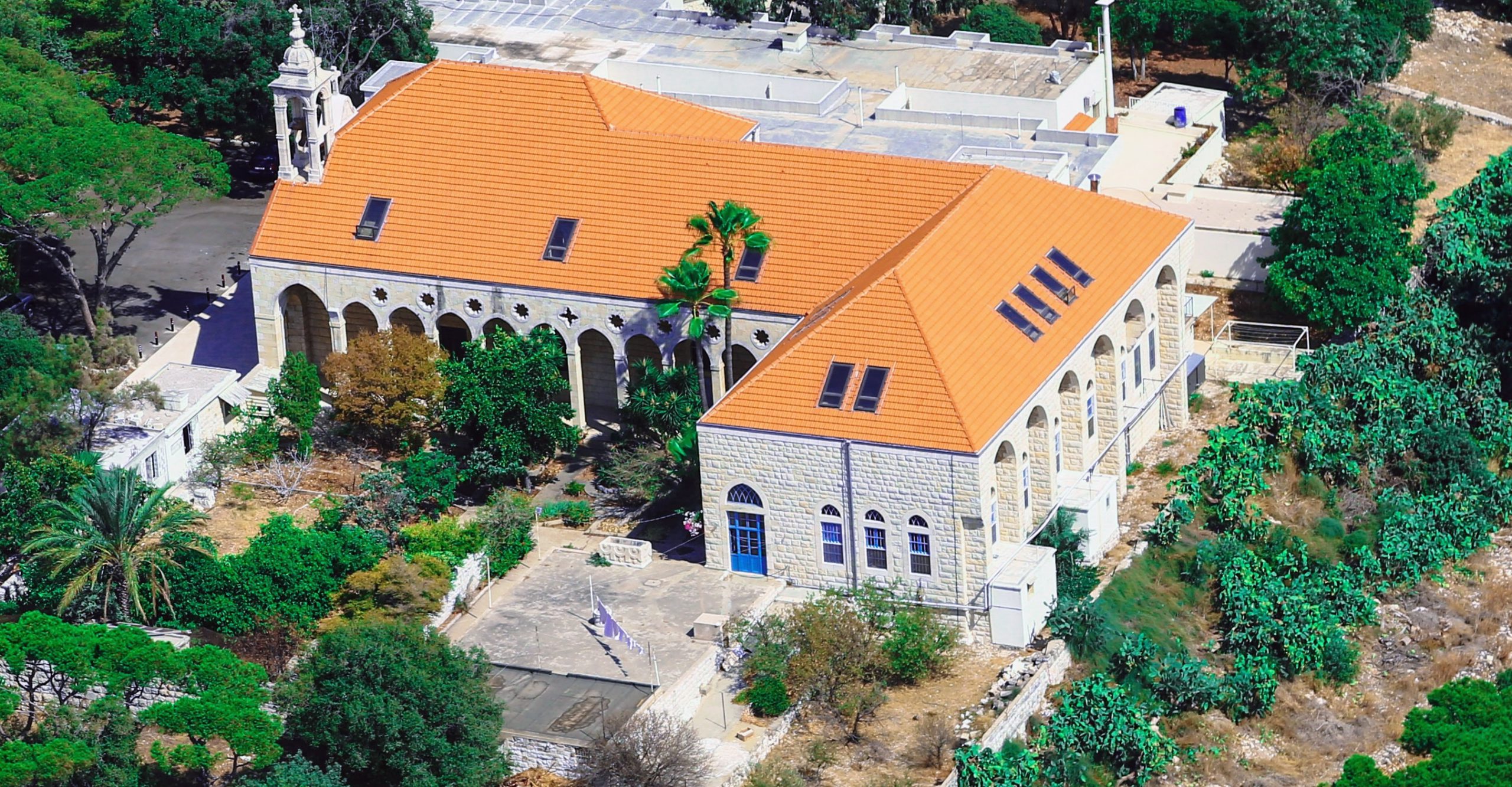 The historic Saint-Michel Hospital of Amchit, which has been turned into a quarantine space for people who test positive for COVID-19 but do not require medical intervention. (Photo: Garo Kahwajian)
Home
Better Living

My friend and I apprehensively walked into a wide room, large enough to seat about 20 people shoulder-width apart. We came in fully prepared –gloves, masks, hand sanitizer, alcohol– expecting to find everyone similarly equipped for what seemed to be a dangerous venture outside the safety of confinement at home. We were devastated to find that we should toss our gloves and ditch the alcohol. Apparently, they could do more harm than good.

Towards the end of the first session, we had been told to try to minimise our consumption, how to wash our hands properly, how the virus is propagated, what some massive myths were, etc. At some point, my limited understanding of the world of viruses and the overly sensitive and borderline silly ways this virus could spread led me to the same conclusion: the easiest way to help is to stay home. And while research has changed our understanding of the novel virus and helped us find better ways to fight it, staying at home remains vital.

This was the first session of many to come in a series of trainings that would eventually prepare model-citizens for a project that’s needed now more than ever. Headed by Zalfa Abi Antoun and hosted by the Amchit Municipality, the collaboration aims to equip volunteers with the know-how required to safely maintain a quarantine space for people who are affected by the coronavirus, away from their loved ones.

Zalfa, a Amchit native, works as a registered nurse at the Hotel-Dieu de France Hospital in Achrafieh. After what seemed like the tipping point of the coronavirus spread, when hospitals feared that the widespread propagation of the virus would heavily tax the under-equipped hospitals in Lebanon, she came up with the idea to prepare a space for people who test positive for COVID-19 but do not require medical intervention.

Such is the case for many people contracting the virus. Many carriers do not display the typical signs and symptoms associated with the illness. As vectors of infection, however, these people can endanger the lives of their loved ones and the loved ones of anyone they contact.

Jbeil was revealed as one of the first areas in Lebanon affected by the virus after COVID-19 news and gossip began circulating across local TV sets and WhatsApp groups. Lebanese media made sure to highlight that local hospitals are ill-equipped to handle an outbreak, which ascertains the importance of the Amchit initiative in relieving much of the logistical and mental stress that accompanies the pandemic.

Zalfa had already started concocting an action plan before the virus reached Lebanon, and luck would have it that the Amchit Municipality had already been working on setting up the hospital. They joined forces in hopes of preparing for the worst before it happens.

The locale was to be the historic Saint-Michel Hospital of Amchit. “The proprietors and administrators, the Zakhia family who are forever thanked, were kind enough to lend the space to the project and to do some of the initial setup, like installing cameras and such,” said Dr. Antoine Issa, president of the Amchit Municipality. “The rest will be taken care of by the municipality.”

As for the volunteers mentioned before, their training is twofold: to protect them from the highly sensitive nature of their involvement and to make sure that they are well-prepared to take on this tremendous responsibility.

On the one hand, they would have to make sure to be constantly alert to the procedures and routine that will protect them from getting the disease. On the other, they need to take extra care when they eventually return home every day, potentially carrying the virus.

The volunteers are vetted by Zalfa, who ensures that everyone is prepared up to the standards set by the Ministry of Health and World Health Organisation through her involvement as diplomat nurse on the committee that oversees the Amchit project.

“When the virus first started making headlines, I immediately thought that we should train volunteers to help carry the burden of healthcare professionals. Nurses and doctors are people too and they will get sick eventually, even if the risk of their getting sick is lower due to their knowledge,” said Zalfa.

“Part of my job as a diplomat nurse is also on the grassroot level. The propagation of proper, medically-sound information by the volunteers that are being trained is equally as important for prevention.”

The Ministry of Health has also sent multiple committees to ensure the proper execution of the project to the standards set by the ministry and by WHO.

“The ministry insisted that we have a committee with a lawyer, a doctor, a diplomat nurse and a psychologist to foresee this project,” added Dr. Issa. “They have checked the hospital and another locale by the beach and we will have a greenlight as soon as all of the recommendations and preparations are satisfied.”

This initiative is setting the standard for other programs that would hope to alleviate a logistical catastrophe for hospitals. The patients would have access to the internet, TVs, as well as online access to a psychologist to make sure that they remain mentally healthy in isolation. Visitation is highly-discouraged, if not completely prohibited.

According to Zalfa, this pilot program quickly became the catalyst for the development of other projects in different areas in coordination with the ministry. Hopefully, this becomes a widespread approach to combating the spread of the virus in Lebanon.