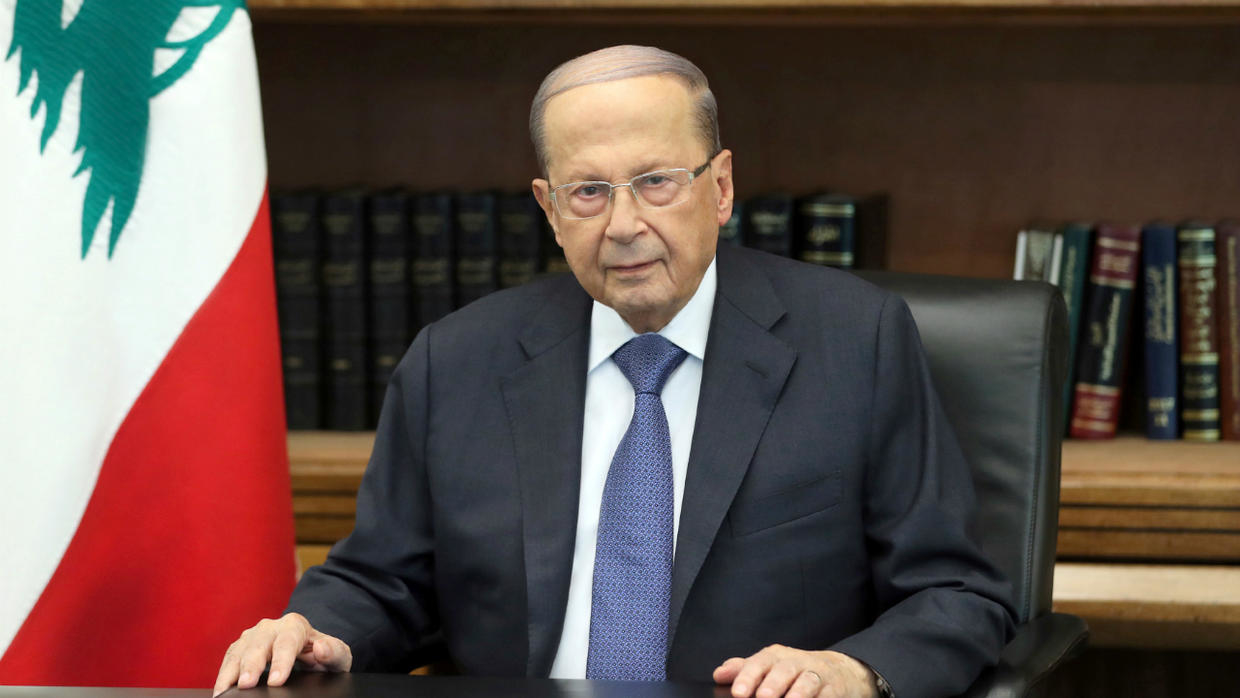 President Aoun’s first speech since the beginning of the Lebanon Protests was pre-recorded. Fast cuts between angles and no pauses in his speech are clear indicators of that. Even worse, it brought nothing new to the table.

He addressed the nation at 1:30 pm, postponing it from noon, on October 24. In his speech, the 84-year-old president claims he is fighting corruption and that protesters’ voices have been heard.

“Your calls will be answered,” said the president.

His speech, similar to Prime Minister Saad Hariri’s speech on October 21, has not been well met by protesters. Demonstrators are expressing frustration on live television with what was said, demanding the resignation of the Lebanese President and the government.

President Aoun positioned himself with the people, expressing how corruption has “eaten us to the bone.”

At the same time, Aoun pinpointed sectarianism as the root of all Lebanese problems, vowing to root out all corruption and bring those who are behind it to justice. His words attempt to imply he is separate from the current ruling class, and guilt-free.

“Let’s see the bank accounts of all officials,” said Aoun. “Thieves have no sects.”

Aoun brought to light several initiatives pitched in the past to fight embezzlement from public funds, including one he suggested in 2013. But it’s too little, too late considering the time Aoun decided the right time to follow up on this initiative was six years later when the general public has had enough of the current ruling class.

The Lebanese president also said roadblocks across the country need to be taken down because administrations can only “change through reforms and should be done through constitutional institutions.”

But the sectarian system in Lebanon, one might argue, is irreparable from within. For years, the same people (and now, their children) have governed Lebanon. One frequently asked question you might come across is “Who was the Speaker of Parliament before Nabih Berre?”. The politician assumed his position in 1992. People who were born in that year have passed their quarter-life crisis.

These people have promised change, over and over, and failed miserably. In his speech, Aoun said he is ready to meet representatives of the protesters to listen to their demands and “discuss what we can do together to achieve your objectives without causing collapse and chaos.”

Aoun warned of an economic meltdown, leaving out that it is of the government’s own making through unsustainable and outdated monetary policies. But the people know this. Their words over the past six-days of protests reflect a population that is sick of being so blatantly robbed. They are demanding the resignation of all government officials who are so desperately clinging to power.

“Dialogue is always the best for salvation,” said Aoun. I guess a pre-recorded statement that reflects your own ideology, rather than considers the demands people have been yelling at you for days, passes as dialogue.