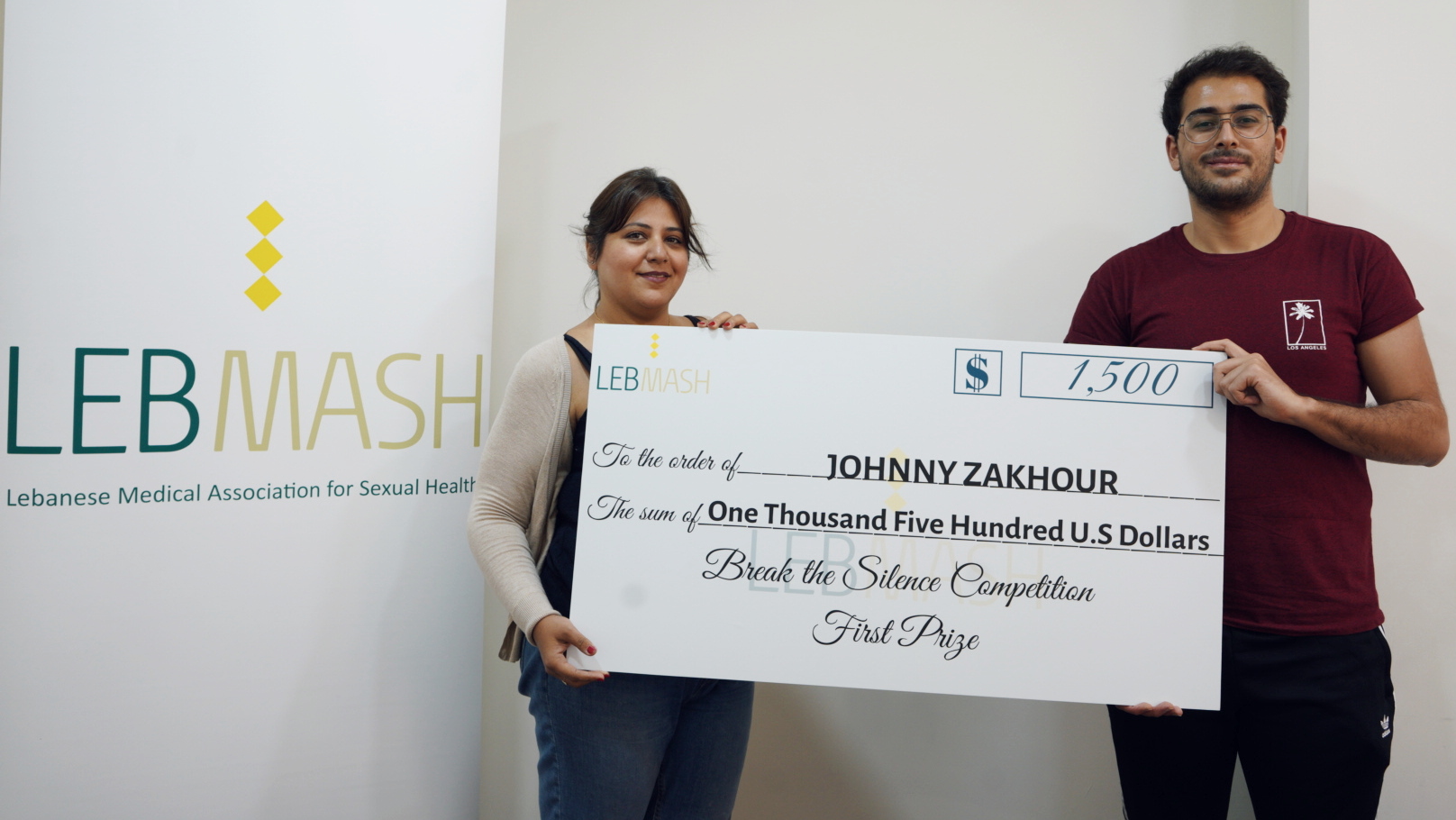 The winner of this year’s “Break The Silence” competition, an annual grant given by the Lebanese Medical Association for Sexual Health (LebMASH) to students who write excellent academic papers on issues related to LGBTQ+ health, explored the relationship between queer patients and future healthcare professionals.

Through two questionnaires disseminated to both the members of the LGBTQ+ community and upcoming healthcare providers from all medical schools in Lebanon, Johnny Zakhour gained valuable insight on several angles of a topic that is largely ignored in Lebanese research.

“I noticed a lot of aggression towards queer individuals whenever the topic of sexuality and the LGBTQ+ community would be opened up in courses,” said Zakhour, who is a medical student at the Saint Joseph University (USJ), “I never understood how people who are responsible for the healthcare of individuals, from psychiatry to organic healthcare, can be aggressive towards these people. That’s why I applied for the BTS competition.”

The BTS winner acknowledged that some of the results of his questionnaires were promising, while others were the exact opposite. Results indicated that 60 percent of the LGBTQ+ community are not comfortable sharing their sexuality with healthcare providers, despite acknowledging its importance in receiving proper medical attention. As for the surveyed healthcare providers, 40 percent were not accepting of queer individuals.

“Some even considered it to be an illness, although a month earlier in the psychiatry exam, one of the true or false questions was about that. It was clearly false, since it’s not an illness,” said Zakhour.

The Lebanese Psychiatric Society (LPS) and the Lebanese Psychological Association (LPA) affirmed that homosexuality is not a disease in 2013, and that attempting practices aimed at changing the sexual orientation of individuals is futile and harmful to their wellbeing. Despite that, homosexuality is still a tabboo subject in the country among many healthcare providers. Zakhour’s submission to LebMASH’s competition revealed that three respondents would not provide healthcare to the individuals who identify as LGBTQ+.

“It wasn’t that shocking but we take the Hippocratic Oath as medical students. In that oath, we say ‘primum non nocere,’ which translates to ‘first, do no harm.’ The greatest way to cause harm is to not provide healthcare to people who need it,” he said.

As part of his reward, LebMASH will be covering Zakhour’s transportation and accommodation to an international conference hosted by The Gay and Lesbian Medical Association (GLMA) in New Orleans this year. Under LebMASH’s sponsorship, Zakhour will be able to attend the workshops and events of the annual interdisciplinary health conference, the largest of its kind dedicated to LGBTQ+ issues.

“I’m looking forward to seeing how health professionals at the GLMA conference tackle the subject in an atmosphere where stigma surrounding LGBTQ+ individuals is not present,” said Zakhour. “There’s a lot of professional knowledge that I’m going to gain there, knowledge that isn’t taught to us in medical school.”

The BTS winner also has the opportunity to be mentored by the LebMASH board members, a set of professionals in the medical field, to help further his research and eventually have it published in peer-reviewed medical journals.

Because of the stigma surrounding the subject, a gap in healthcare provision still exists for queer individuals living in Lebanon. Zakhour highlighted how healthcare providers in Lebanon might hesitate in asking essential questions about the sexual practices of patients who need their medical assistance.

LebMASH is one of the much-needed non-governmental organizations looking to change that, through focusing its advocacy and research efforts on raising awareness and educated healthcare providers in the country on the LGBTQ+ community. Among the NGO’s notable successes is Lebanon’s first “LGBTQ+ friendly” guide to healthcare providers, LebGUIDE.

Zakhour hopes to pitch the addition of an LGBTQ+ health course or elective to USJ’s medical school as a means of both bringing back what he will be learning abroad at the GLMA conference to his peers and spreading awareness on the topic.