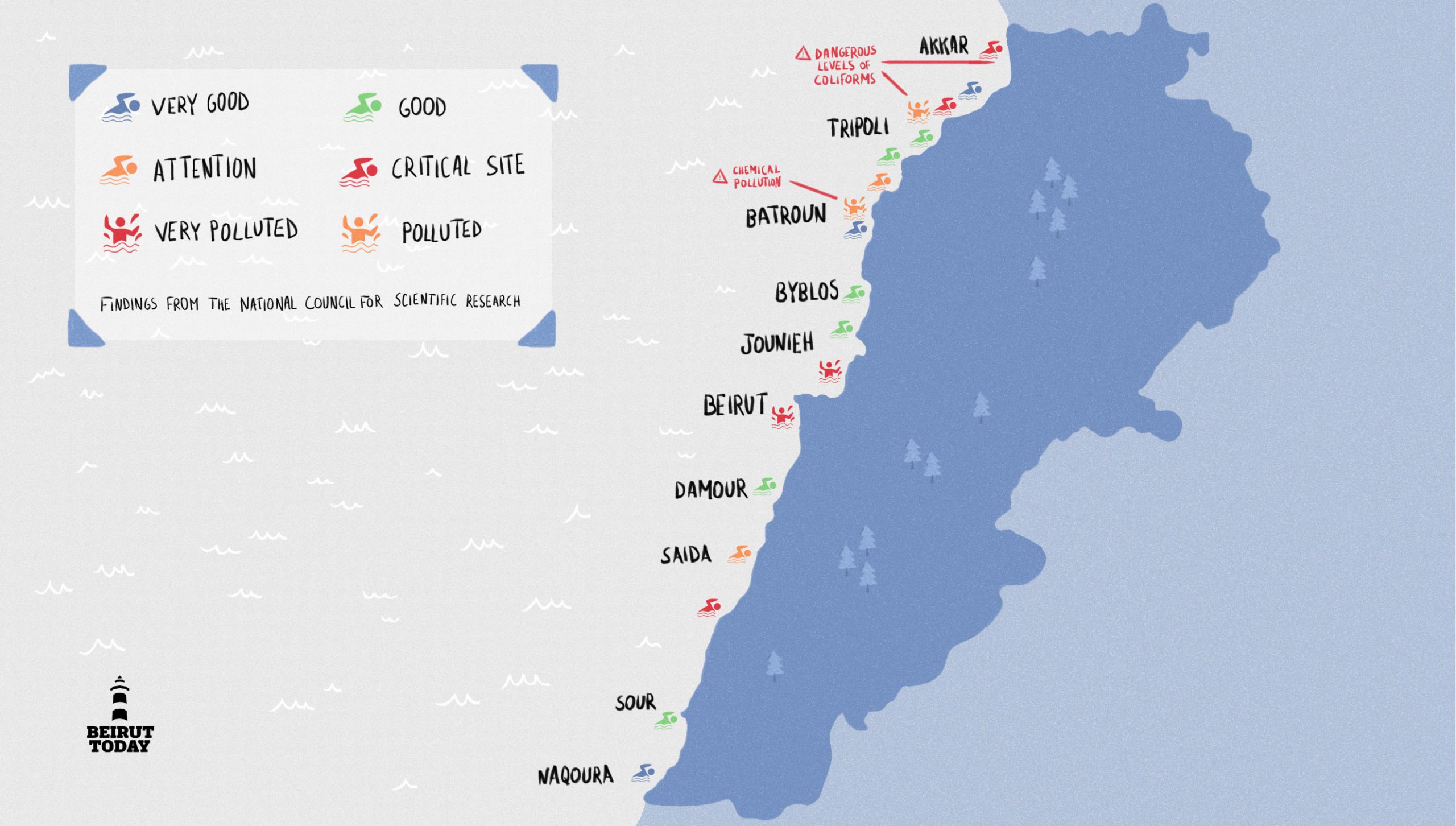 Where is it safe to swim in Lebanon?

Along the Lebanese shoreline, 14 out of 26 monitored beach sites are considered safe to swim in. The sites show low rates of both bacterial and chemical pollution, with the Naqoura Harbor in the South being marked as the cleanest beach in Lebanon. Other safe or “good” sites are largely located between Batroun and Jounieh, as well as Tyre.

According to standards from the World Health Organization, several beaches and areas in Lebanon are unsafe to swim in: Klayaat Akkar beach and Tripoli’s Jaziret Abdel Wahab (which showed dangerous levels of coliforms, or bacteria found in the human or animal waste), Tripoli’s public beach, the area between Koubba and Selaata (chemical pollution), Dbayeh, Antelias, Manara, and Ramlet al-Baida.

The coastline of Beirut and Antelias showed the most pollution, indicated by high levels of streptococci bacteria from the samples collected by the National Center for Marine Sciences in May. Streptococci signal the presence of human or animal fecal matter in the water, which in turn reflects untreated sewage being dumped into the sea. The area between the new fishing port and Riviera hotel in Ain el-Mreisseh was an exception in Beirut, marked as safe to swim in.

For an area to be marked as safe, less than 200 colonies of bacteria should exist per 100 ml of water. Nahr Antelias averaged at 36,000 parts streptococci per 100 ml. Ramlet al-Baida and Manara averaged at 10,000.

The NCMS, which updates a map on the environmental status of coastal areas in Lebanon every year, also advised caution while swimming in Heri, Rmayleh, Saida, and Sarafand. For a more detailed look at the pollution across Lebanon’s coastal line, check out their detailed map: