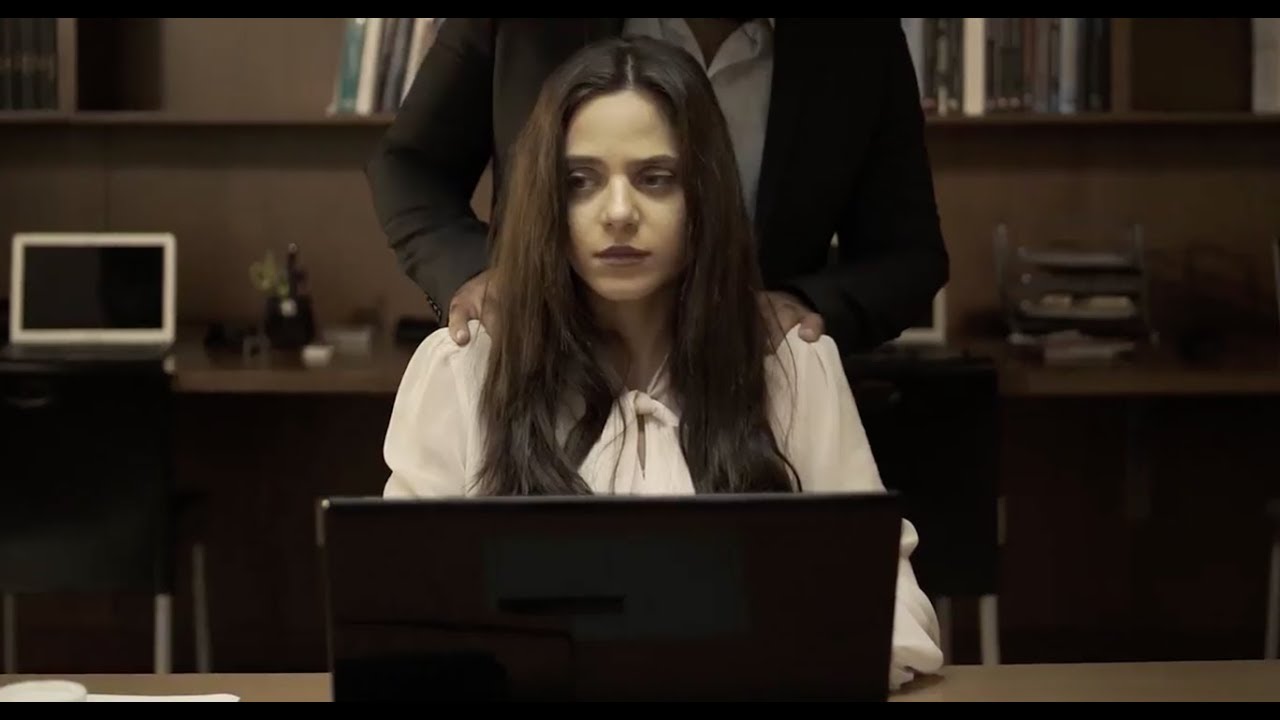 “I am not naive to think that people will change because of campaigns or workshops or speeches or anything like that. But what I do want to do is to plant a seed. This seed will grow at its own pace and in its own way. It will not grow because we made it grow. But at least I want to help plant the seed, and that’s what matters to me.”

A few days ago, KAFA organized a protest in Beirut’s Nejmeh Square after eight women were reportedly killed by their partners in the past month. Not long ago, female activists and civil society members met to grieve the passing away of four other women also victims of abuse. Not a month would pass in Lebanon without us hearing of women being abused, injured, and in many cases murdered by their ‘significant’ other.

Those women, if not murdered and often left forgotten, are harassed, raped, exploited, and marginalized. They are ones who have been oppressed by their husbands, male friends, professors, doctors and neighbors. They are the ones provoked by their coworkers, managers, and males in their community. They are sisters, mothers, partners, presidents, politicians, scientists, and actresses. They are actresses who have championed a patriarchal trend in role-playing, castings, shootings, and every day work relationships.

Beirut Today spoke with Lebanese actress Natasha Choufani of the KIP Project Video on how women are portrayed specifically in the Lebanese film industry. Choufani had a lot to say regarding the integration of women’s rights into society and the importance of contesting stereotypes standing in the face of such an integration. She also couldn’t end our talk without giving some modest advice she had gained from experiences as she found her way to the top of the ladder.

In your opinion, how are women portrayed in Lebanon today?

Women are always portrayed as [victims]. They are taken for granted and are assumed to be in positions of weakness i.e. in need of help and support. If women do assume a position of power, they are not taken seriously or they are shamed for being too tough and lacking in femininity. And they get judged harshly if they are too strong. When a male character does an unethical act, people judge the action itself, but when a female character does so, they tend hate the character herself.

When did you start your professional career as an actress? Did you experience any form of harassment throughout?

I started professional work as an actress in 2013. Harassment is something I encountered once I became a young teenager and it grew worse with age. At university, summer camp, cabs, the bus, on the streets and at work. I worked in production, as a script girl, in wardrobe, as a hostess, a salesperson (which I was horrible at) and at other jobs you’d typically pursue as a student or a fresh media graduate.

And I used to wear my brother’s clothes on set to hide my body in an attempt to wave off unwanted attention. It has lessened greatly now, because my radar is stronger and I am able to defend myself. It has become more subtle. But still I have zero tolerance for it, whether it happens to me or any other girl.

As an actress and activist who has had positive influence, and someone with a powerful podium to voice concerns, how would you better integrate  women’s rights and perhaps raise awareness on issues like sexual harassment?

The most [effective] way, I would say, is by talking about it. When you don’t talk about sexual harassment, society will translate and convince you that there is something you should be ashamed of. After participating in the #MeshBasita campaign by KIP , I felt more empowered. Female acquaintances and young girls were asking me about sexual harassment and how would they protect themselves from it—and when I started addressing these questions or fears, they were shocked and felt assured that they were not alone. It is important to talk, it is important to advocate for women rights. Nothing will change overnight, but talking puts it on the table. You will get criticized the way the #metoo campaign is being criticized, but no one can change the fact that it’s being discussed. This is just their way of dealing with their discomfort.

When critics can’t hit back on what we advocate for, they [utter] logical fallacies to attack a woman’s greatest asset and use it as her greatest weakness: her femininity. Instead of fighting back based on actual principles, it’s easier [for them] to gaslight and convince women that asking for their rights will take away their femininity. This is one of the reasons you will find women who say they are not feminists or women who “don’t want their rights”. They are made to feel that if they are too demanding they will be portrayed as being too masculine. This has nothing to do with feminism. But the idea is deeply ingrained.

Is there a wage gap between female actresses and male actors today?

I do not know much about this actually (laughs). We do not usually go around asking about wages. However, I am positive that there is a serious pay gap between male and female employees in the general workplace.

Is the mentality any different today in comparison to ten years ago?

The mentality has not changed. [Society] does not understand what feminism or advocating for women’s rights is. [They] do not understand what abuse is. They do not accept being called harassers when you tell them what harassing is. They do not comprehend what personal space is. If I tell you I don’t want you to touch me, I am not expecting you to justify it by saying “I’m doing it because I care about you” as an answer. Or that I am making a big deal or that I am being a drama queen. It is my own body.  I decide what to do with it. Society still thinks that the woman’s entity belongs to her father, her son, her brother, or her husband.Eight women have been murdered in the past month by their husbands. Who did they belong to? Whose property were they? These women are mothers and sisters and daughters and beings and citizens. We only knew about Rebecca Dykes because she had an embassy which actually cared about her. Then politician Nouhad Mashnouk tried to calm everyone by saying how Lebanon is safe because her attacker was caught. 4 other women were killed in ten days after. No one cared. No one said anything. No one knew their names, and no one knew the names of the 8 killed this past month. It was much more important to set the country on fire because a politician got offended by street language.

Religious leaders, regardless of which religion, still insinuate that if you witness a man beating his wife it is wrong to interfere, as if being his wife implies she is his property, and you can’t criticize that because they are “men of religion”. It disgusts me. People tend to get agitated and annoyed or insecure for something as simple as when women commit the audacious sin of finding themselves beautiful, without the need for in-the-air compliments, just because she didn’t take their permission first.

On March 8 2017, “rabahouna jmeeleh*” when the cabinet approved the anti-sexual harassment proposal, by saying it was a “gift” in honor of Women’s Day. Of course we were expected to express gratitude, because why should we not be grateful to be gifted a basic human right? If that is not mansplaining at its finest, I don’t know what is.

When Article 522 which allowed for a rapist to marry his victim, was removed from the penal code, it was deleted from only one section. Other relevant articles were not cancelled or reviewed, which only meant that the effect (of 522) was still there.

You took part in KIP’s campaign which sought to contest sexual harassment in Lebanon. Do you think it left a strong impact?

Of course! The campaign was [surreal] from start to end. People were finally able to talk about it and express their thoughts on the subject. And this was a few months before the #MeToo campaign even started. So it got revived again, which made me very happy. It was very healing in a painful kind of way.

What would you do if you witnessed sexual harassment on set?

As I’ve already told you, I have zero tolerance for this. Not on set, not anywhere, not anyhow, I don’t tolerate it. I can’t stand seeing a woman afraid because she was raised to be afraid and ashamed. I can’t stand seeing a woman who thinks she can’t talk about it. I don’t want to see women in pain anymore. I don’t want to see women feel alone anymore. It breaks my heart. It makes me angry. When someone is assaulted, there are three reactions. Flee, freeze and fight. I used to belong to the freeze group whenever I was harassed, then I learned how to fight and because of that I am able to notice things quickly and interfere. Women need to stand up for each other. And men need to stand up for women. Whenever anyone sees anything wrong they should interfere.

What advice can you give to women in Lebanon today?

Women need to understand that they have the right to say no. They need to know that their body and entity are their own.

In Lebanon, a woman’s quality of life is determined by the men around her. She will have a decent life if she has a father, partner, son, brother who are good to her. If one of them harms her or her independence or freedom, they can because they have the power to do so, legally, culturally etc. Her life is at their mercy, not at her choices. They have more power over [her] than she has over herself. They can easily make her life miserable, especially if she doesn’t have enough money in a private, individual bank account to support herself.

Women need to speak up. No one has the right to tell you what to feel, what to wear, how to laugh, and how to talk. Women are free individuals. They are capable, and they need to be treated as such.

Sexual harassment should not be condoned, and our brief talk with advocate and actress Natasha Choufani aims to prove this even more. Harassment takes many forms and is prevalent amongst all professions. If you feel exploited, are harassed, abused, or marginalized in any way, you may report to organizations’ platforms such as KAFA’s support center and ABAAD’s official website. 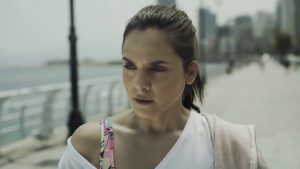 Natasha Choufani is a Lebanese actress, based in Beirut. Born in the UAE, she was raised in a multi-cultural society,exposing her to many different dialects and languages, which has helped open many doors to playing diverse characters in theater, film and TV at home and abroad. A serious advocate of women’s rights, she had participated in #Mesh_Basita which aimed at raising awareness on sexual harassment in Lebanon.