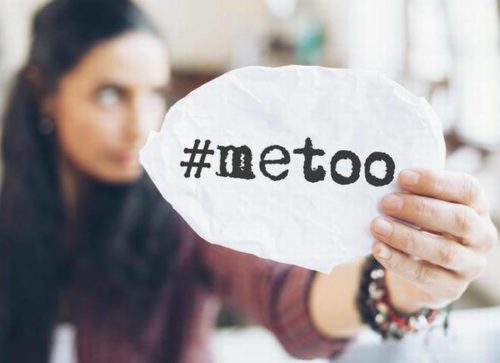 #MeToo: The Surprising Reveal that Victims of Sexual Assault are Actually People You Know

What started as another Twitter call for activism became a viral confession of sexual assault everywhere. In the few days after more than 40 women accused Hollywood bigshot Harvey Winstein of sexual harassment, news-feeds were flooded with two words: Me Too. Many of the women–and some men– were acknowledging that they too had encountered sexual harassment and abuse in their lives. In Lebanon, thousands of women acknowledged their experiences by stating “Me Too” on their social media platforms.

My first encounter with sexual harassment was at around the age of ten. A neighbor was riding the elevator with me and forcefully blocked my exit before finally letting me through. I remember being so terrified and embarrassed that I wouldn’t use the elevator alone for a good month. My shame made me keep this from my parents, and after that, every glance from someone on the street, every catcall, or passing comment would raise my alarms. They frightened me until I got used to them; I learned to ignore them and then disregard them. Soon enough, these micro-aggressions were normalized in my mind. It wasn’t only a year later–at the age of eleven– when a friend of mine told me about how she experienced a similar incident did I understand that I was not alone.

Soon enough, I also began to understand this: every woman, young or old, has had to field a lifetime of sexual harassment.

This also should not shock you. We’ve always told each other #MeToo because when we were together, we would be believed.

Because speaking up about sexual assault is taboo and a shameful burden, many of women’s daily experiences with harassment go unreported. In Lebanon, where patriarchy is just as ruthlessly present and where rape culture continues to be perpetuated as it is in the recent of the world, every woman has at least one or two novellas to share about sexual coercion or intimidation. Still, women often find themselves not only the victims but the provokers of the action, through blameful accusations like: “she was too friendly”, “did you see what she was wearing?”, or “she deserved it.”  This forces many women to live with their shameful secret than to open themselves to the judgement of their society. They share their stories in women’s groups, to close friends, to those who genuinely understand. They teach their daughters to protect themselves; they remind their friends to be proper. What they do not tend to do is publicly come forth with their harassments, let alone out their aggressors.

Now, however, it’s time for men to listen, and many did. Some have taken responsibility, saying #ImSorry, or simply stating how sad they were that so many of their female friends were admitting to being victims of sexual assault.

The power of #MeToo is in the acknowledgment of the magnitude of the problem that is sexual harassment in Lebanon, in the region, and in the world. It targets those who consciously ignore it. Those friends who say women should stop being so aggressive; that they are equal, they are safe… that women need to rest assured? Those men who have found it so easy to turn a blind eye? Those are the men who should be paying attention when a woman says #MeToo. This is about them whether or not they were actively harassing, threatening, joking around, or simply ignoring it.

Whether #MeToo will impose change is debatable, but it does create a sense of solidarity in visibility. Let’s forget the argument of “it could be your sister, your mother, or your daughter.” It does not take a familial bond to make assault wrong. It should not even come down to a sympathetic hashtag to make us acknowledge that harassment is wrong.

We all know the statistics, we’ve all heard stories of sexual coercion, will the fact that it’s your Facebook friend telling it make a difference at all?