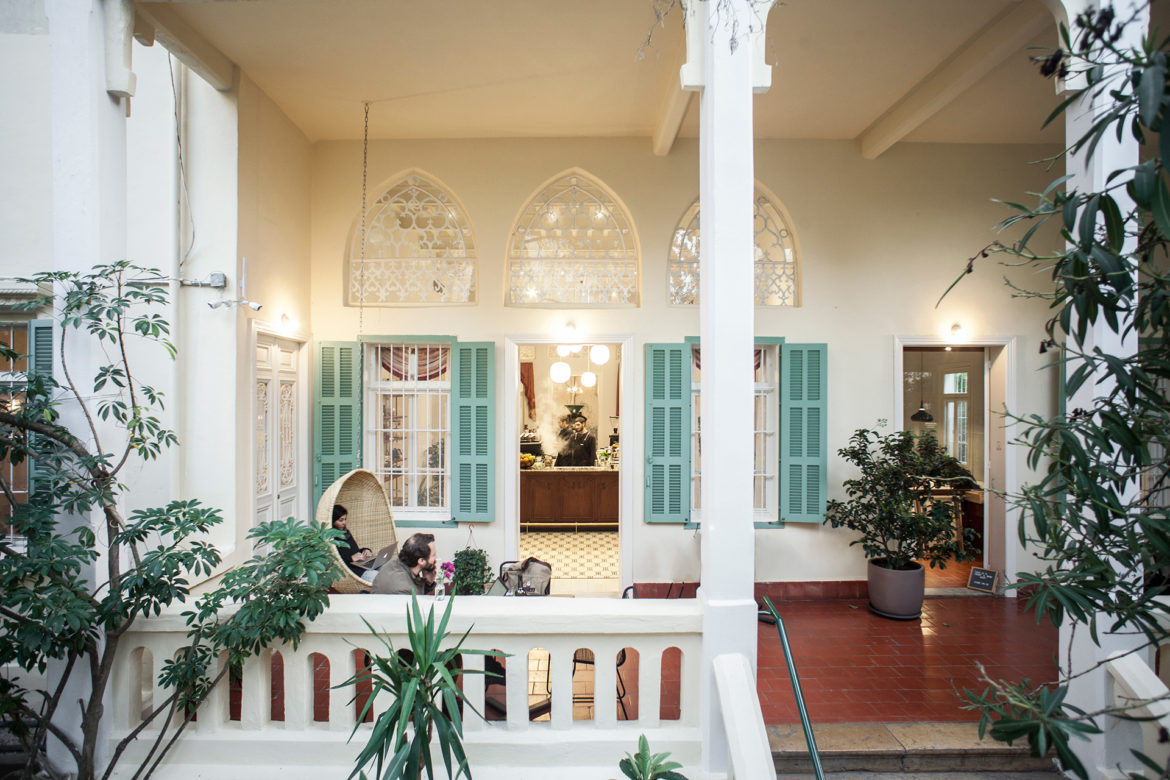 Fearing the Roast: the threat of coffee shops in Lebanon and the Middle East

As social animals, we find solace and pleasure in human interaction. We seek means to gather, and one of the most popular of such means is meeting at a café.

There is nothing quite like being in a place filled with the aroma of roasted coffee beans and baked goods, the screaming sound of a milk steamer and the babbles of people from all walks of life.

While some enjoy cigarettes with their coffee over a chat, and others read a book or are glued to their laptops working – we find that cafés offer a space that welcomes everyone. The concept of visiting a café regularly is very common, particularly in our Lebanese culture where our day is centered around Ahwe (coffee or coffee shop), which has deep roots in our heritage. These days, our visits have become even more regular with the onset of the electricity and fuel crisis, where our apartments become unbearably hot and offices fall prey to the working hours of the generator.

We are usually drawn to the neighborhood café or that of our friend’s neighborhood, whichever is more convenient.

The ritual of visiting the same space almost daily creates common grounds between those that frequent it – this is where communities bloom.

Besides connecting more deeply with our own group of people, we start getting to know the staff better, and/or those that go to that same café as frequently. We implicitly create bonds, which bring comfort in conversing with people once viewed as “the other.” Conversations can lead to debates, which may inspire solutions, and if these solutions don’t match reality, then they forge a will for change.

As such, it is no coincidence that cafés are considered some of the main hubs for political thought and social change. We gather and converse, we laugh and debate – we engage in conversations that, unknowing to us, may hold deeper meanings.

A brief look at history

Historically, the first coffee shops were born in the Middle East. In the 1500s, the number of coffee shops increased and so were the concerns of Imams in the Ottoman Empire.

They observed that coffee shops encouraged conversations that lead to criticism of the Sultan. Sheikh al- Islam Abu al-Saud gave counsel to Sultan Suleyman in 1558 to close down all coffee shops, as they kindled sparks of social unrest.

Consequently, not only were coffee shops banned, but anyone that consumed coffee, tobacco or opium faced the penalty of execution.

Fast forward to the 1600s, Europe witnessed its first wave of coffee shops. These “new spaces” were deemed dangerous, as they attracted those interested in political and intellectual discussions, which often led to criticism of the crown.

Interestingly enough, women at the time particularly fought the existence of such spaces by initiating petitions to close them down, as they were exclusive for men, as most other things of the time were.

Coffee shops housed the meetings that lead up to both the American and French Revolutions, where decisions for taking action were being brewed and subsequently implemented in the streets. They were also pivotal spaces for pioneering intellectuals, such as the likes of Simone de Beauvoir and Jean-Paul Sartre, who broke barriers of thought over endless cups of coffee.

The attraction and danger of coffee shops

Coffee shops offer a pleasant space that people seek to spend their free time in. Unlike other social spaces like pubs and bars, sobriety in coffee shops is almost guaranteed. Not only does coffee bring an awakened state of mind to the conversation, but allows for a greater diversity of minds, as those who do not drink alcohol are granted a place to converse.

So why then are they deemed so dangerous? The answer simply is: they are an uncontrolled, free space, where visitors can engage in whatever discussion they feel comfortable in, outside of intervention and moderation.

Coffee shops create a space where free speech and the length and depth of political debate are welcomed. Conversing face to face makes tracing such sensitive conversations very difficult, in contrast to conversing online or by mail for instance. It is exactly this idea of freedom that presents itself as a worrisome, dangerous outlet from the states’ perspective.

This is not to mention that some coffee shops across the country are welcome to anyone and everyone that would like to visit. Such coffee shops are public spaces that are usually accessible to all people irrespective of their socio-economic status and they attract people, where human interaction costs barely anything, and conversations can virtually be never ending. Such accessibility leads to diversity – one finds openness and versatility in discussions, which feed the quest for change.

The case of the Middle East and Lebanon

Given the harsh history surrounding the matter, one cannot help but wonder how coffee shops are multiplying exponentially in politically conservative countries that do not favor political rivalry.

The case study here in particular is openly non-democratic countries of the Middle East. In reality, such countries are highly aware of the danger of coffee shops, yet they adopt a tactic of increasing the quantity of coffee shops rapidly as a means to conceal their oppression of freedom of speech.

The ruling class of these countries does not favor the existence of a single common space where communities can meet and converse regularly, but to openly ban them would cause outcry from regional and international communities.

Instead, they adopt a new political tactic: they blatantly saturate the market with coffee shops, offering citizens endless options and feigning the image of a “progressive” country. But here’s the catch: the price of a cup of coffee is usually inaccessible for those coming from a middle/low socio-economic background (at least not for daily consumption) – coincidentally, these are the communities that suffer most under such rule.

By offering them coffee shops with inaccessible price points, ruling classes are able to ban any potential political uprising among these ranks, as they cannot access places of debate.

Instead, these coffee shops are found to be designed almost exclusively for business or educational ends. The element of accessibility, and in turn, diversity and consequently change, is almost obliterated.

Yet finding such spaces in democratic communities is more common and is almost crucial for the above-mentioned purpose of debating political realities and bringing about change.

While Lebanon wouldn’t be the best example of a democracy, it is a “self-proclaimed one.” In the case of change through coffee shops, Lebanon enjoys a fair share of that.

Hamra street coffee shops in particular have long been renowned for hosting Arab and non-Arab intellectuals, politicians, journalists, activists, academics and students . Some describe Hamra street cafés as the birthplaces of major revolutions and political shifts in the Arab World.

Today, Hamra street cafés still host the above-mentioned people, but hopes for change are unfortunately at an all-time low. With inflation causing a near-overnight increase in prices, and the many crises facing citizens today, political debates remain present, but many have forgotten them in favor of making ends meet each and every day.

For many, the freedom of mind to engage in political debates and plan action has now been replaced with panic over survival. Communities have never been so frustrated, agitated, angry, yet afraid, panicked and worried as they are today.

In a nutshell, one may not fathom that a coffee shop could be threatening to whole systems and regimes. But the reality of the matter reveals that behind every cup of coffee, could be hidden a debate that may create waves of change.