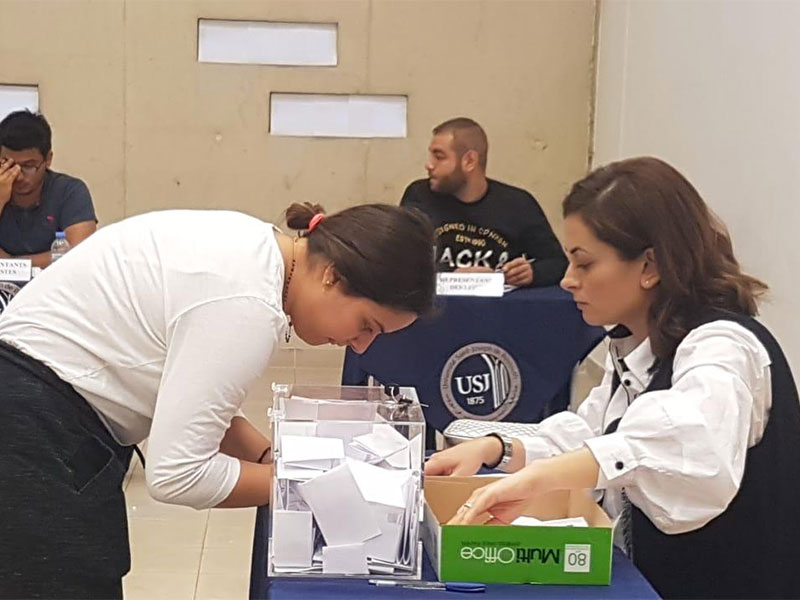 « We Are The Revolution »: Meet the Secular Candidates of the 2022 USJ Elections

The below piece is a community contribution and does not in any way, shape, or form, represent the beliefs of the team at Beirut Today.

What exactly happened in Lebanon in October 2019? A couple of days after the “revolution’s” third anniversary, this fundamental question seems to remain unanswered. As I go around interviewing students for research purposes, I keep hearing that it was a “dream,” meaning the 2019 movement was equally beautiful and surreal.

Having since gone through a pandemic, a disastrous explosion and a massive recession, Lebanon scarcely inspires dreaming anymore. Students and young professionals are fleeing the country, and the new parliamentary minority of “change” deputies have yet to prove themselves. However, the youth is not completely deprived of hope: in universities, secular candidates have been successfully riding the wave of October 2019’s political momentum, sometimes taking the student councils by storm like Saint Joseph University’s Taleb lists, which won 98 out of the 133 seats they ran for in 2021.

Despite their 2020 and 2021 wins, USJ’s independent seculars are now facing the decrease of the 2019 momentum, and the campaigns for this year’s elections are proving to be challenging. After two years of online or hybrid learning, independents are learning how to lead their campaign on campus grounds, opting for a light-hearted, convivial approach.

In the Faculty of Science, where the Taleb list has had to fight many rumors spread about it, head lister Jessica Sader said that her efforts seem to be working to the point where her opponents are accepting the cups of coffee handed to them by Taleb candidates in an effort to open a dialogue with all students. On Monday, Elissa Bou Nader, the Taleb-Faculty of Law head lister, concluded a confrontation between the two opposing lists by hugging the head of the Lebanese Forces list Christelle Wehbe, a gesture that was repeated the next day after Taleb and the Lebanese Forces stands were installed around campus.

Secularism aims at the separation of State and Church – in the case of Lebanon, sects – but in student elections, a whole new political culture is at stake. Bahaa Kaddour, who has brought Taleb into the USJ North Lebanon campus for the first time this year and is running unopposed, wants to generate more political awareness amongst his peers, and to establish the notion that politics should be about merit, not sect. According to him, the university is “a small-scale version of society,” a vision shared by many.

Laetitia Eid, Taleb head lister in the institute of ergotherapy, wants to “plant the thought” of secularism into her fellow students’ minds.

“We are the society of tomorrow,” she says earnestly, believing that seculars are providing a new option for her generation.

In USJ’s school of engineering, Maroun Helou, head of MES, a secular and independent movement similar to Taleb, uses the same phrase: “we are another option outside parties, an independent option.” He wishes to make non-sectarian politics accessible to students, as he feels that most students have only heard of the traditional sectarian parties.

USJ seculars want to be represented by skilled leaders, and they will not let the crisis get in their way. When asked about their plans after graduation, all of them express the will to keep being involved in their country’s future, and they do not shy away from the word “hope,” however discrepant it may sound in today’s Lebanon.