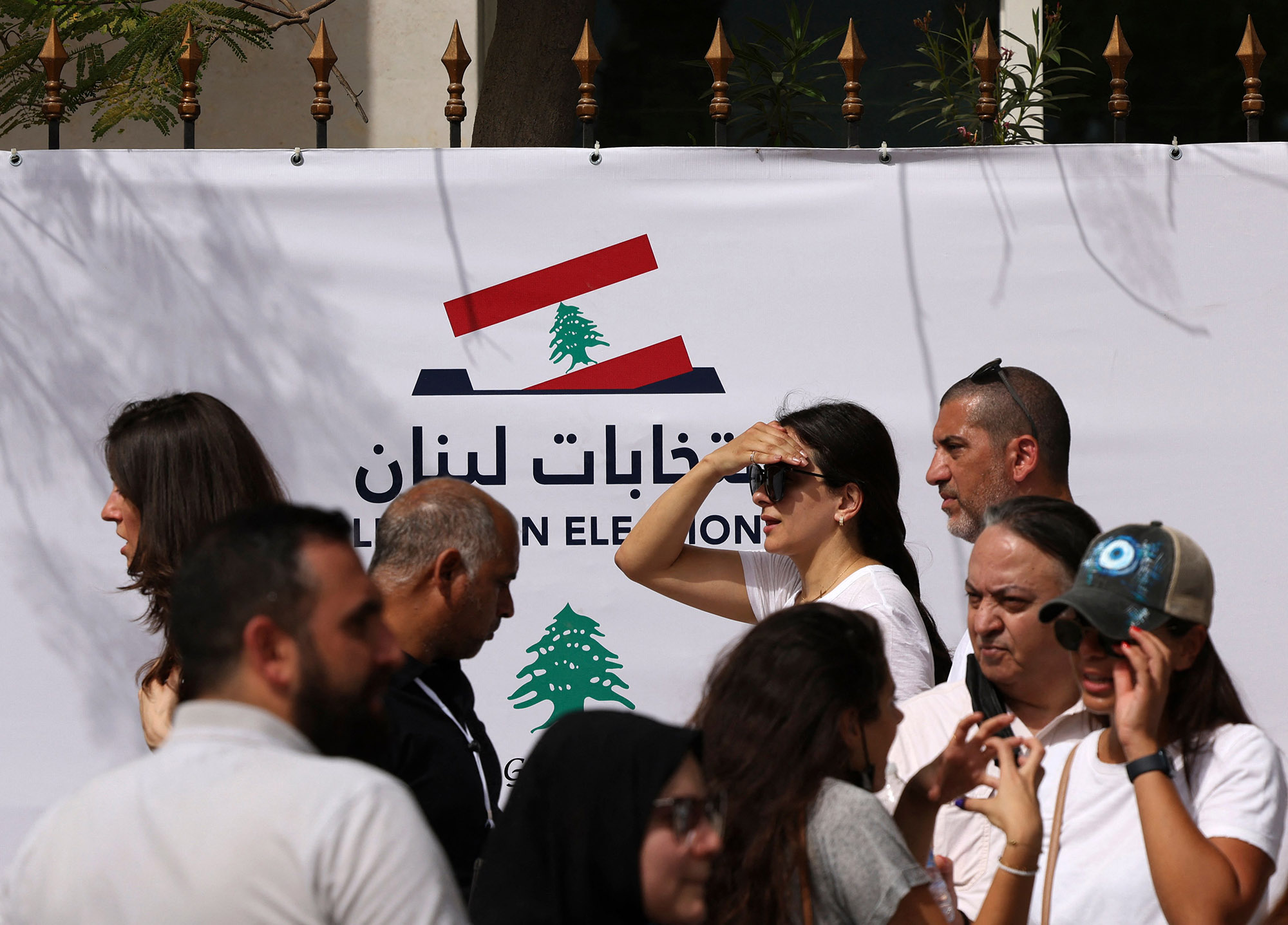 Lebanese expats queue to cast their votes in Dubai on May 8, 2022. (Photo via Bloomberg / By Karim SAHIB / AFP / Getty Images)
Home
Politics
Lebanon

With election results officially finalized, 13 new independent candidates have successfully secured their seats in Lebanon’s upcoming parliament. Get to know the candidates:

Mneimneh is an architect and urban designer and founder of design firm URBANE Design Interventions. He previously ran in 2016 with Beirut Madinati for the Beirut municipal elections, but due to the electoral law at the time, was unable to secure a seat. This year, he ran as part of the Beirut The Change electoral list in the Beirut II district.

Earlier this year, we sat down with Mneimneh to talk about his campaign, secular grassroots movements, and more.

Khalaf is a lawyer, university professor, and founder of the NGO Offre Joie, which played a massive role in reconstructing Beirut post-August 4. He was the first independent candidate to successfully become the head of the Beirut Bar Association (BBA), winning with 2,341 votes.

Through his time as head of the BBA, Khalaf defined himself as independent and pro-revolution. Throughout his career, Khalaf occupied multiple esteemed roles, including volunteering for the Red Cross during the 1975 Civil War and occupying the role of Vice-Chairman of the International Committee on the Elimination of Racial Discrimination in Geneva.

He ran with Beirut The Change in the Beirut II district.

Sadek is an ex-sports journalist and producer who occupied a series of roles in the Lebanese media industry, including heading the sports department at Al Jadeed in 1991 and producing a TV series for MTV.

Jradi is an optician from South Lebanon who ran with the political list “Together Towards Change.”

He successfully secured a seat in Southern Lebanon, a district notorious for its difficulty to break into. He will replace Assaad Hardan of the Syrian Socialist Nationalist Party in the upcoming parliament.

Hamdan is a lawyer and pro-revolution activist. In August 2020, he sustained an injury due to a lead pellet fired by security forces during protests following the August 4 port blast. Hamdan had to undergo surgery on his heart following the injury. He successfully secured the seat previously held by incumbent Marwan Kheireddine in the South.

Douaihy is a university lecturer, researcher and consultant. He ran with the electoral list “Shamaluna”, and we sat down with the candidate earlier this year to talk more about the importance of voting and his platform. He holds a PhD in History & International Relations.

You can watch the full episode here:

Kaakour is a previous university professor at the American University of Science and Technology (AUST), and Universite Saint-Joseph (USJ). At the moment, she is a professor at the Faculty of Law and Political & Administrative Sciences at the Lebanese University (LU). She also works as a trainer, consultant and researcher for multiple international and local organizations. Her work is mainly centered around the promotion of human rights, women’s rights and environmental rights. She holds a PhD in International Public Law from USJ.

Aoun Saliba is a current professor of analytical chemistry and an atmospheric chemist at the American University of Beirut. She was the director of the university’s Nature Conservation Center between 2013 and 2020, and is the co-founder and director of Khaddit Beirut and Environment Academy, which was created with the support of the World Health Organization.

She holds a PhD from the University of Southern California, and was a postdoctoral researcher at the University of California, Irvine. Most prominently, she studied the effects of the August 4 explosion on the atmospheric pollutants in Beirut and warned against potential hazardous chemicals and pollutants that were dispersed in Beirut. She ran alongside Mark Daou in the electoral list “Taqqadum.”

We sat down with Aoun Saliba earlier this year to talk about her work and platform. Watch here:

Daou is a reputation and public relations (PR) professional. He is a previous lecturer of public relations at the American University of Beirut (AUB), in addition to being the founder and manager of multiple PR, ad agencies and media houses across the Arab World, as per his LinkedIn page. He specializes in brand strategic planning, communication strategy, political campaigns, brand positioning, in addition to being a trainer on PR and communication principles.

He successfully won the seat of Talal Arslan, a long-time ally of Hezbollah and a supporter of the Syrian regime. Arslan held the seat for the past 30 years.

We interviewed Daou about the pillars of his platform when he was running for parliament back in 2018.

Yacoubian is a Lebanese journalist, television host and politician. She gained prominence as the host of a number of Lebanese and pan-Arab programs, and was selected by the World Bank group as a member of their External Advisory Panel for Diversity and Inclusion due to her advocacy work for women’s rights and women empowerment.

In 2018, she became the first Armenian woman to win a seat in Lebanese Parliament. After the August 4 explosion, Yacoubian resigned from her seat. She can in 2022 alongside the seat “Liwatani”, and spoke to us earlier this year about the difficulties she faced working in parliament:

Zarazir is a graduate in the field of audiovisual media, in addition to being a producer, reporter, founder of a photography company, and an activist during the October 17 revolution. She is most popularly known for her activist work, such as participating in anti-Syrian occupation movements and the protest post-August 4.

Finge is a pro-revolution activist, dentist, and beloved member of Tripoli society. In March, Finge was called in for investigation for launching a personal initiative alongside some of his friends to distribute home cooked meals to impoverished people in Tripoli’s Al-Nour Square.