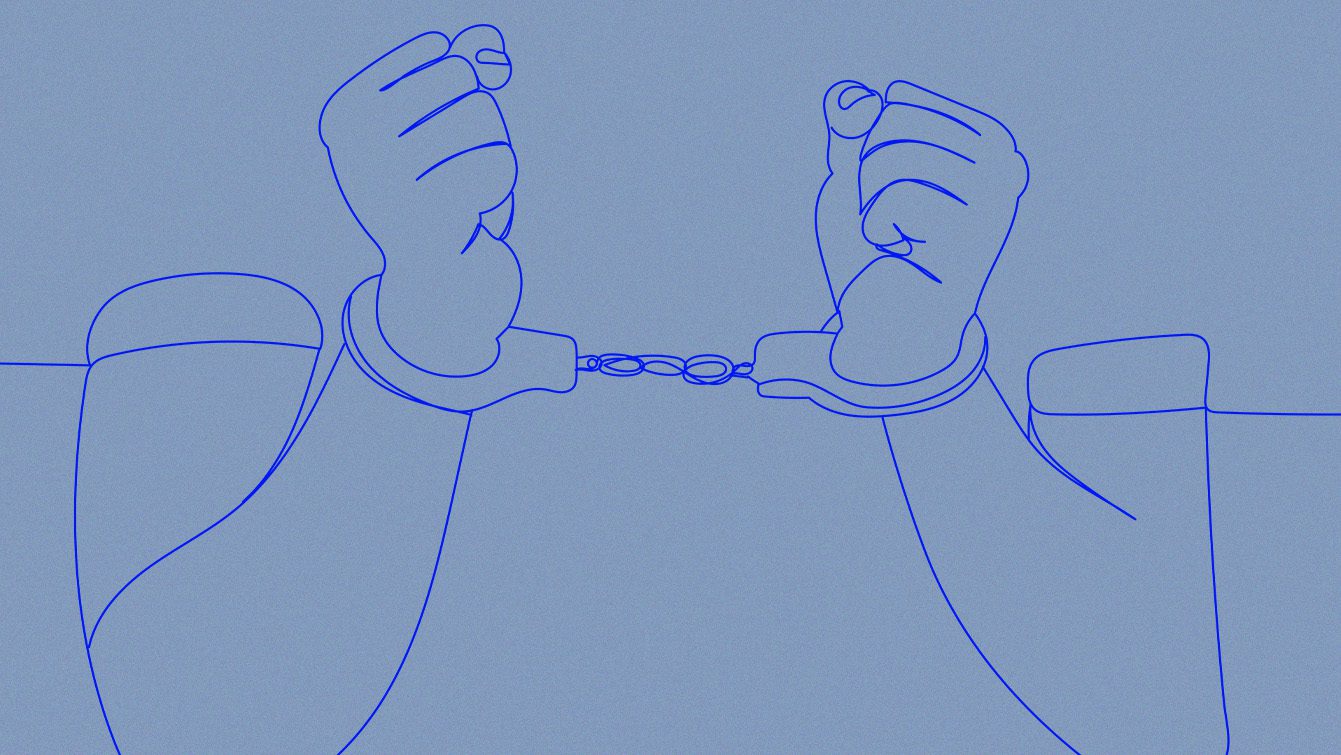 ACHR: 139 arbitrary arrests against Syrians in Lebanon during 2021

The Access Center for Human Rights (ACHR) documented 164 cases of arbitrary arrests against Syrian refugees in Lebanon during the last two years alone, adding that such human rights violations threaten the legitimacy of the country’s judiciary.

“The report released on March 14 aims to provide documented and unbiased information concerning the human rights violations practiced by Lebanese authorities, as well as a series of suggestions based on the results of three years of documentation that allowed us to present the cases with more depth,” Marielle Hayek, program manager at ACHR, told Beirut Today.

Through the “Brief On The Conditions Of Refugees Detained In Lebanon: Unfair Trials, Torture, And Ill-Treatment“, ACHR summarized and explained the difficult conditons experienced by Syrian refugees detained by Lebanese authorities.

The brief also highlighted the investigation methods utilized and how court rulings are often not based on evidence, especially in cases where the accused did not have the financial means to hire their own attorney.

The report noted that arbitrary arrests and detainment are among the most prominent violations that Syrians are subjected to, whether it be from their place of work, in front of their homes, from public institutions, or at security checkpoints across Lebanon.

THE ACHR report documented 139 arbitrary arrests against Syrians in Lebanon during 2021, in comparison to only 25 in 2020—of which six are collective cases.

The report stressed that these random arrests pose a critical threat to the credibility of the judicial authority, because they limit the effectiveness and strength of the system itself.

In the absence of transparency and a fair and independent judicial system in Lebanon, such violations have become widespread in the preliminary stages of investigation, as well as during trial and detention.

They are also not limited to legal violations relating to the abysmal condition of prisons, but extend to include the gross violations against the right to a fair trial, the right to contact a relative or lawyer, and even to appoint a lawyer.

Access to Human Rights (ACHR) is a non-governmental and nonprofit human rights organization based between Beirut and Paris. It was launched in Lebanon in 2017, and later on in France in 2020.

The organization is home to many activists with expertise in the areas of domestic and international law and advocacy. ACHR launched in Lebanon to support the refugees in the country at a time when massive violations against their rights were on the rise.

The center is specialized in monitoring the human rights situation of refugees and publishes periodic reports concerning mass violations to raise awareness, combat these issues, and garner international support in advocacy. Ultimately, their work revolves around ensuring refugees have a dignified life in their host countries until their voluntary and safe return to their country of origin.

“The new report is a step that supports our action plan for international advocacy, which we are doing to shed light on Lebanon’s practices in terms of human rights in the country,” said Hayek.

“Before we recommend anything, all civil society organizations must collectively work on building a solid base that we can count on to change the bitter reality in Lebanon, especially the reality in prisons.”

Lebanon ranks among the worst countries in the Middle East when it comes to overcrowding in prisons and detention centers.

The issue dates back to before the year 2011 and is the result of administrative, judicial and legal obstacles. This includes the lengthy amount of time spent on trials in court, which may drag on for several months—and sometimes years.

According to international reports by human rights organizations, public health conditions in most Lebanese prisons do not comply with international standards. Most prisons in Lebanon lack basic needs and necessities, such as the availability of doctors and basic medicines for the detained.

Read Also | Roumieh prison: A graveyard for the living

Torture, long-term detainment, and no lawyers

In 2021, ACHR documented a case where a detained person was tortured during interrogation sessions by the Lebanese Army and the Ministry of Defense. The detained agreed to the charges brought against him after being denied the right to appoint a lawyer and even the right to communicate with any legal entity capable of representing him.

The absence of a legal representative increases the risk of torture, maltreatment, and the obtainment of confessions by the legal authorities via intimidation or by force. It also means the detained may agree to false charges or confess to crimes they did not commit to put an end to the intimidation and torture.

The center also documented another case in 2021 where a detainee was kept prisoner in Roumieh prison for more than a year without trial. He was prevented from appointing a lawyer during the initial investigation phase, during which he tortured and subjected to violence by the Information Branch to extract a confession from him.

In another similar case, a detainee was held in Roumieh prison for more than two years without trial and without the appointment of a proper attorney.

This person was also tortured during the investigation to force a confession out of him, and only claimed responsibility for the accusations against him after he sustained brain and eye injuries as a result of excessive beating. He is in need of retinal detachment surgery, but the prison administration refuses to provide the necessary treatment for him.

With such brutality on display, spotlighting the conditions of detained refugees in Lebanese prisons and the violations they are subjected to during investigation, trial, and detention.