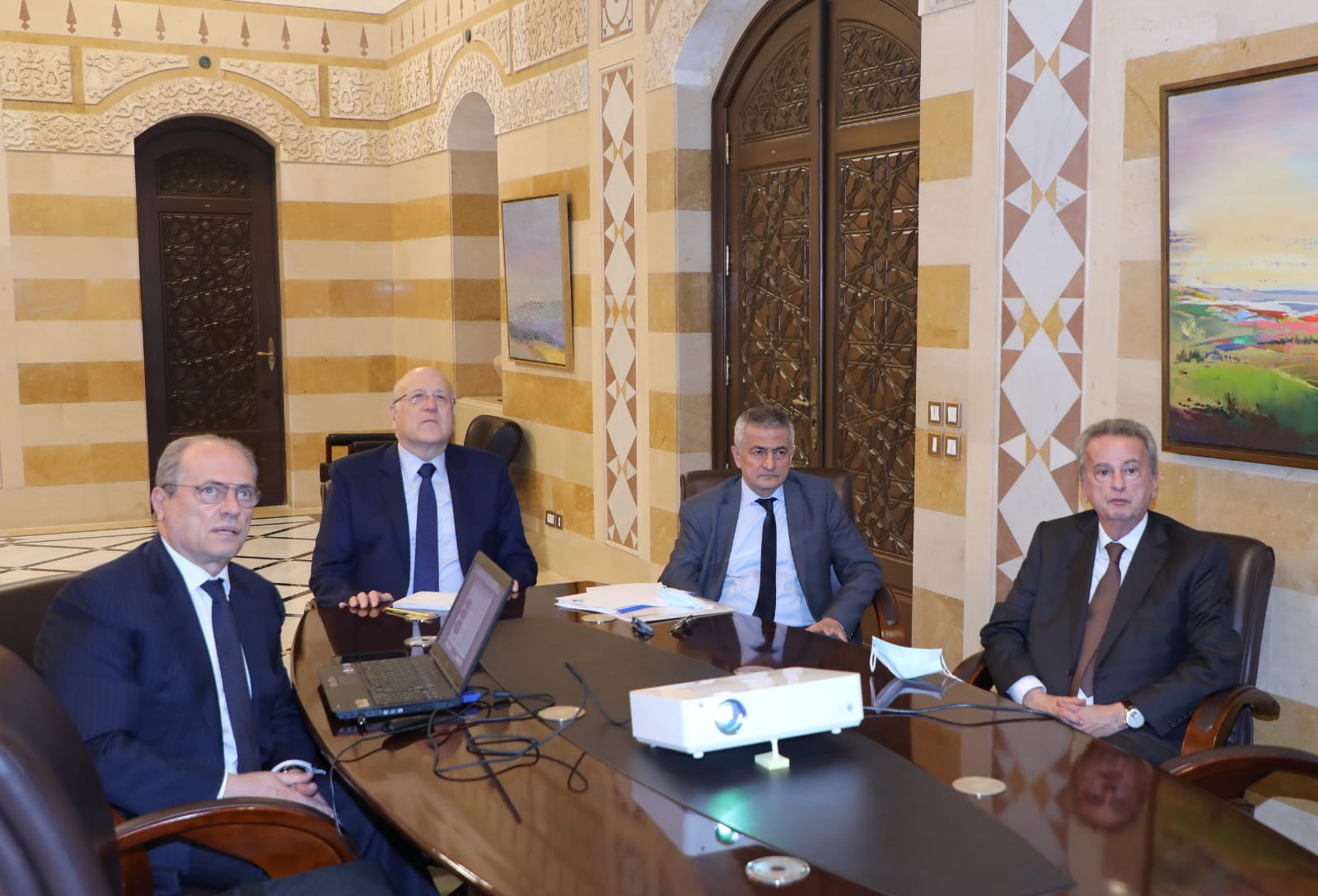 The Lebanese committee delegated with the task of negotiating a bailout plan with the International Monetary Fund (IMF) has finally reached a “unified vision” regarding the losses in the financial and banking sector following more than a year of dispute.

“The previous dispute over the numbers has ended, and they have been unified. There is a clear agreement between Prime Minister Mikati, the Ministry of Finance, the Central Bank, and me about all the numbers,” said Deputy Prime Minister Saade Chami in a press briefing on Monday, following a meeting that was chaired by the PM.

The committee had previously stated its willingness to reach an agreement before the end of the year, but Chami now says there might be a slight delay with negotiations.

“The discussion also touched on how to address the gap in the banking sector,” said Chami, which he explained as referencing foreign currency assets and liabilities. “There were several proposals that are under study and we hope to hold a second meeting this week to reach a unified and final vision to present it during negotiations with the International Monetary Fund.”

According to Chami, the committee must still provide the governmental budget for 2022, and a clear economic plan for the IMF to review. “We hope to come to a final agreement in the next few months and start finding solutions to the country.”

Chami also said that ending a crisis that has been compiling for the past 30 or 40 years will take time.

A bailout plan from the IMF will help the country in its journey to economic recovery. The latest UN statistics show that 80 percent of the population has sunk below the poverty line. The local currency is also depreciating at cosmic rates, medicine subsidies have been partially removed, and the electricity crisis persists.

The Lebanese lira hit a new low as of last week, trading at LBP 25,000 per every one dollar, prompting citizens to close roads on Monday morning.