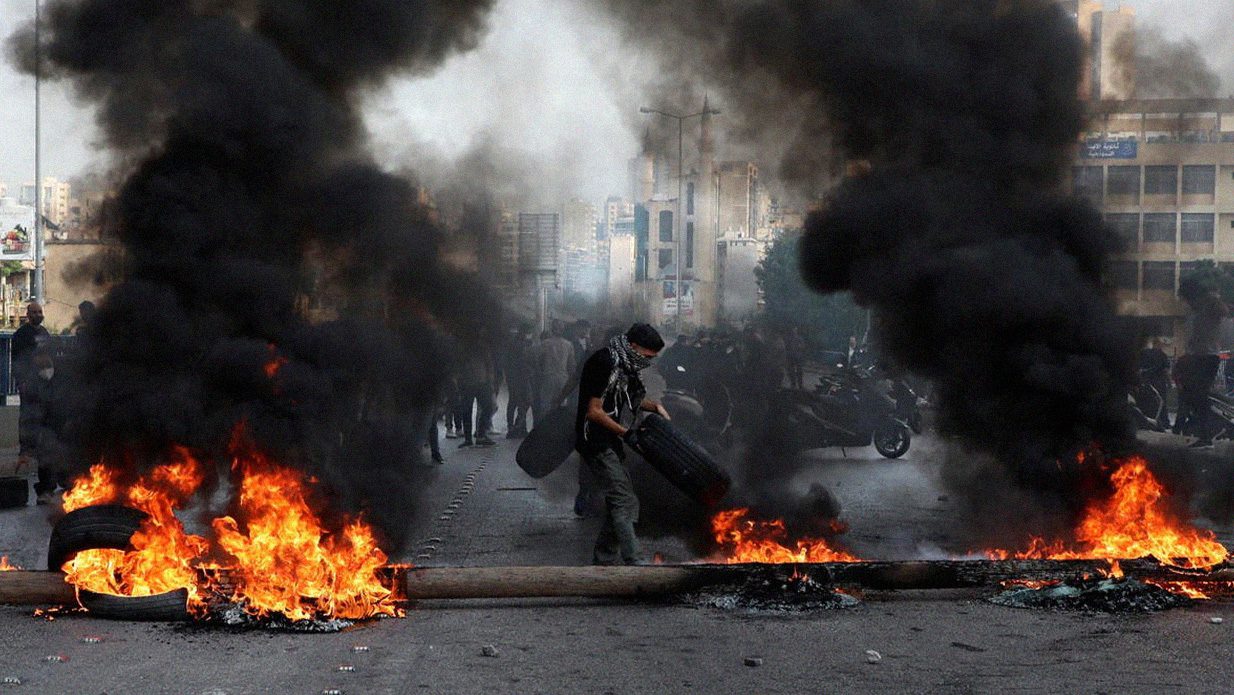 Demonstrators across Lebanon have blocked roads in protest against worsening economic conditions, days after the local currency began to trade at LBP 25,000 per dollar—a devastating new low.

As of this morning, citizens awoke to multiple roadblocks from the north to the south. Protestors blocked roads in Tripoli, Sidon, Chekka, Zouk Mosbeh, and more. The Lebanese army has reopened the Chekka highway road.

Most closed roads in Beirut have now been opened, according to the National News Agency.

Taxi drivers had closed off many parts of Hamra street, one of Beirut’s main arteries, while other public transportation drivers called for another protest at 9 AM tomorrow in Downtown Beirut. The Traffic Management Center reported that roads in Verdun, Cola, Kaskas, Corniche al-Mazraa, Barbir, and Saeb Salam were inaccessible in the morning.

Tyres are being burnt and those in Sports City have poured gasoline on the road to prevent cars from passing through even if the Army is successful in reopening the highway, according to NNA.

The currency has plummeted by more than 90 percent since the start of the crisis, but the Lebanese government has not met in over a month because of internal disputes concerning Beirut Blast investigator Judge Tarek Bitar and a diplomatic row with Saudi Arabia that later spread to include most Gulf countries.

The government is faced with multiple other pressing issues, such as the partial removal of medicine subsidies, the inability to secure funding for a ration card for Lebanon’s most vulnerable, and the transition into negotiations for the economic policies of a bailout plan with the International Monetary Fund (IMF).

It has been months since citizens have taken to the streets to protest the dire conditions, with many feeling hopeless, tired, and burnt out amidst the worsening situation.