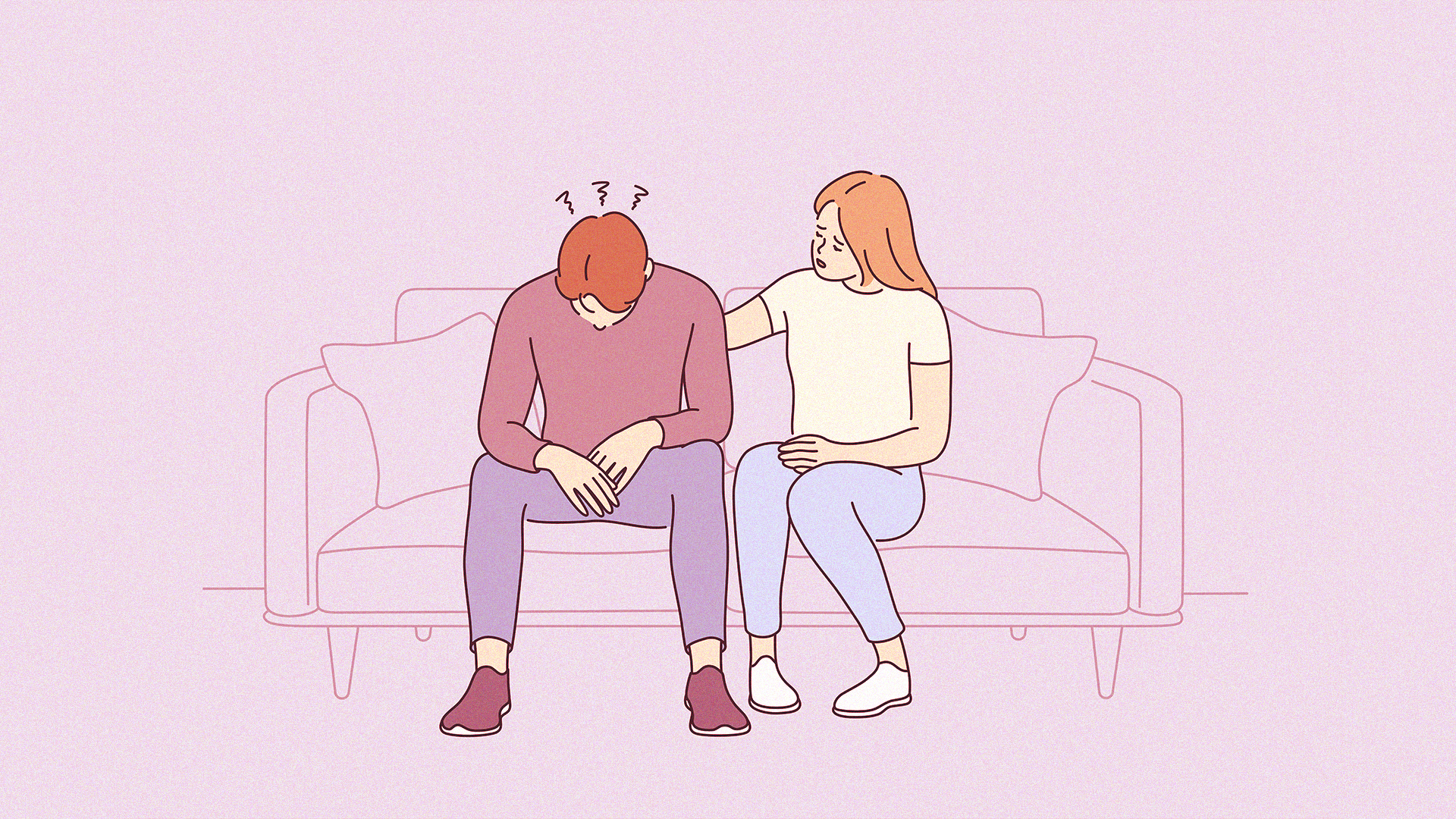 To wake up in a country with a collapsing currency and lacking in electricity, water, fuel, employment opportunities, and medical services is reason enough to put you in a negative mental state—if not a severe depression.

Rather than being fleeting, the mental health issues caused by Lebanon’s multi-layered economic collapse can sometimes induce suicidal thoughts and behavior that turn into attempts at taking one’s own life. Paired with factors such as the COVID-19 pandemic and the Beirut blast, the added economic pressure can particularly affect the mental health of Lebanon’s youth—given the uncertainty of their future in the country and the absence of any clear or positive indicators that can provide them with much-needed answers.

Studies show that the COVID-19 pandemic has exacerbated risk factors associated with suicidal behavior. These factors include losing a job, psychological trauma, abuse, mental illness, and barriers to accessing healthcare.

The National Lifeline in Lebanon (1564) for Emotional Support and Suicide Prevention Hotline, in partnership with the National Mental Health Program at the Ministry of Public Health, is anonymous and free. If you’re feeling distressed or thinking of suicide, call 1564.

According to the World Health Organization (WHO), more than 700,000 individuals die by suicide each year—or approximately one person every 40 seconds. For every death by suicide, there are many more attempts. WHO lists prior suicide attempts as the “single most important risk factor for suicide in the general population.”

While suicide is a global phenomenon, over 77 percent of global suicides in 2019 occured in low and middle-income countries. So where does Lebanon stand? What is the suicide rate in a country that’s suffering from a multi-layered economic, health, political, and social crisis?

Statistics show that one in four Lebanese will suffer from a mental illness sometime during their life.

“Suicide is a preventable public health problem,” Hiba Dandachli, the director of PR and Communications at Embrace, told Beirut Today. “While 90 percent of suicides are related to a treatable mental illness, social and environmental factors also play an important role in suicide prevention.”

Economic factors, such as the unavailability of resources that ensure the right to a dignified life, also contribute. Embrace is a local NGO working to raise awareness around mental health in Lebanon and the Middle East.

Dandachli noted the economic crisis, the COVID-19 pandemic, and the Beirut port explosion as factors that have led further psychological issues and calls to the Embrace National Lifeline in Lebanon (1564) for emotional support and suicide prevention.

The Embrace lifeline is operated in partnership with the Ministry of Public Health’s National Mental Health Program. The NGO also works with authorities on raising awareness about suicide and its prevention.

“We need economic and social structures, especially because basic necessities are not being met,” said Dandachli. “Lebanese citizens wake up every morning to a number of problems, including the lack of fuel, the harsh rationing of electricity, and the banking crisis. All these issues affect mental health.”

She highlighted the lack of laws preventing bullying and harassment, and called on local authorities to implement measures that protect mental health.

One person in Lebanon dies by suicide every 2.1 days

The latest UN statistics show that 77 percent of all suicide cases worldwide come from high to low income countries.

As per the UN, gaps exist in the availability and quality of data on deaths by suicide and suicide attempts. Only around 80 UN member states have good-quality vital registration data that can be directly used to directly estimate suicide rates.

“Lebanon is one of the only 38 countries who have a National Strategy for Suicide Prevention,” mentioned Dandachli.

“The average number of suicides per year across the past three years (2018, 2019, 2020) was around 159,” Dandachli told Beirut Today. “Across all three years, the percentage of males in the reports provided by the ISF was always greater than that of women.”

Reported deaths by suicide in Lebanon were also most common among individuals between the ages of 18 and 39.

“During the first 6 months of 2021, 65 deaths to suicide were registered till now,” said Dandachli.

The number of deaths by suicide in 2021 so far is slightly lower than those recorded in previous years, with analysts suggesting this may result from of an increase in understanding the importance of therapy and calling the hotline when in need.

Advertising awareness campaigns, setting up programs or workshops to encourage individuals to seek therapy, and the establishment of free clinics by NGOs all also aid in preventing suicide.

Embrace registered an increase in calls to its hotline

Dandachli said the number of incoming calls to Embrace’s lifeline increased drastically in 2021, with the team receiving more calls this year despite power and mobility constraints faced in the recent months.

Dandachli emphasized the importance of the lifeline as an essential mental health tool provided by Embrace in Lebanon. “The lifeline has now responded to over 15,000 calls since its launch,” she said.

She emphasized the importance of the lifeline as an essential step to suicide prevention taken by Embrace, also noting that the NGO has reached 15,455 people through awareness sessions conducted since 2014.

Why do people die by suicide?

Mental health practitioners explain that there are many factors related to suicide, with suicide being a preventable public health problem. A few leading factors, and sometimes an interplay of them, account for the majority of deaths by suicide.

Statistics show that the majority of those who die by suicide suffer from one or more mental disorders, including:

Suicide attempts are elevated among sexual minorities, especially LGBTQ+ youth, often due to social and familial rejection, isolation, or aggression towards them. Environmental factors may drive them towards depression, hopelessness, homelessness, and more—which can increase suicidal ideation.

Among those with aged 25 years and below with depression, medication including antidepressants may increase the risk of suicide.

Passing through a painful or traumatic experience, such as the death or suicide of a loved one, or living under war, could lead to the developing of suicidal thoughts. Additionally, people who recently left prison or are imprisoned may suffer from suicidal ideation.

Long-term alcohol or drug addicts may enter a period of depression and begin to contemplate suicide, especially if they are incapable of securing the sufficient funds to purchase the products they are addicted to.