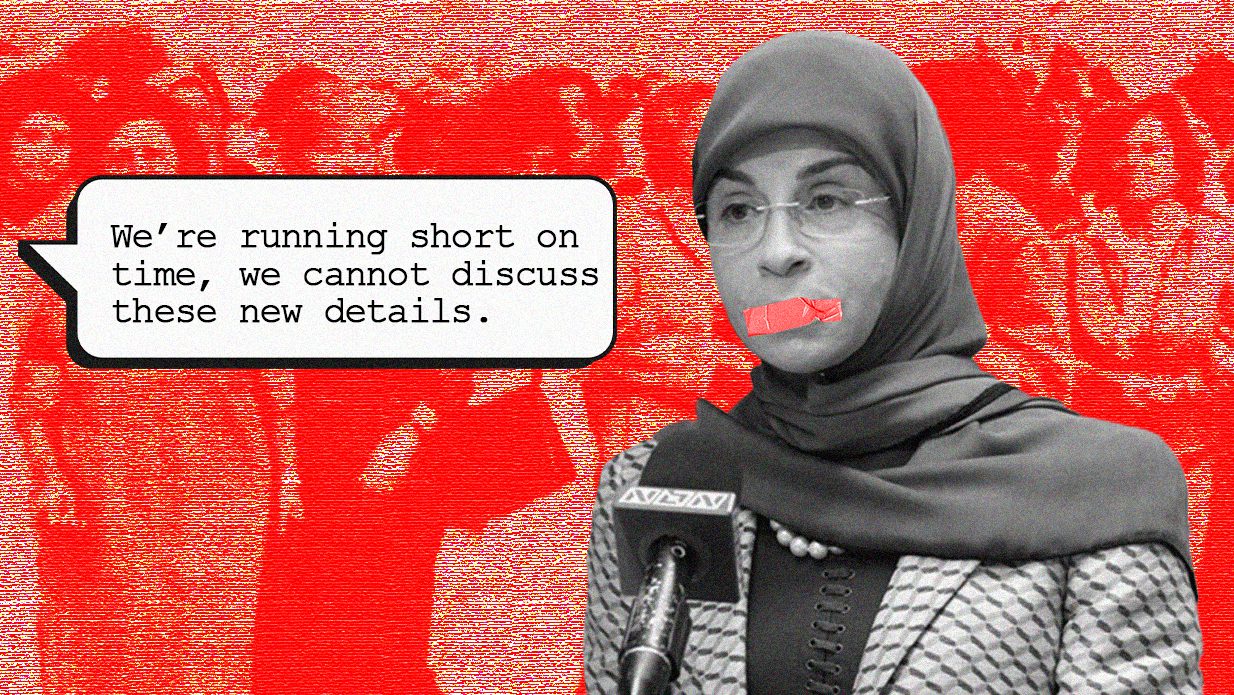 MP Inaya Ezzedine, an Amal Movement representative, withdrew from a session of the Joint Parliamentary Committees on Thursday after its members dismissed her proposal to impose a women’s quota in the upcoming general election.

Other MPs made the decision to skip over her proposal and move to the next point of discussion in less than a minute, Ezzedine told The New Arab. She then interrupted MP Ali Hassan Khalil, also belonging to the same bloc, to discuss the women’s quota after he skipped her proposal.

Deputy Speaker of Parliament Elie Ferzli, who was leading the session, intervened. “We’re running short on time, we cannot discuss these new details.”

Ezzedine proceeded to leave the room, making a frustrated statement about how the interest of MPs in women’s participation in public life is limited to their words. Ezzedine chairs the Women and Children Parliamentary Committee.

“Women are not dear to their hearts, they weigh heavy on their hearts,” said Ezzeddine, referring to Prime Minister Najib Mikati’s statement after his government won the parliamentary vote of confidence.

Mikati’s 24-person cabinet only includes one woman. In his statement, Mikati mostly referred to women according to their relation to men, as “the mother, the wife, the sister, the daughter, the granddaughter” to say that they remain integral to society despite their absence in politics.

Ezzedine’s proposal aimed to allocate 26 seats to women in the upcoming Parliament and enforce a condition that requires 40 percent of candidates on electoral lists to be women, demands made on behalf of a coalition of civil society groups led by Fiftyfifty.

“What distinguishes Fiftyfifty’s proposition from other laws is that it proposes 26 seats solely for women across all electoral constituencies, equally distributed between Christians and Muslims,” Fiftyfifty founder Joelle Abou Farhat told Beirut Today in a previous interview. “The law also requires 40 percent of all candidates be women, putting the list at risk of not being registered if it falls below this percentage.”

The proposal allows women to run as part of the quota or outside of it, which they would indicate on their candidacy application.

Claudine Aoun, president of the National Commission for Lebanese Women (NCLW), highlighted that the Fiftyfifty proposal had previously received broad consensus from representatives of most parliamentary blocs.

“The National Commission for Lebanese Women is counting on parliamentarians across different blocs to deal with the issue of women’s representation in parliament seriously, and on their pro-women stances to be more than just statements for media consumption,” said Aoun.

In 2018, only six women secured seats out of the 86 female candidates running for Parliament—comprising 4.6 percent of the 128 seats and two more women than the previous council elected in 2009.

“Studies have shown that having 30 percent of women as candidates may not help women actually reach parliament, which is why we need to allocate a certain number of seats in parliament for women to have equal opportunities to succeed or fail as men do,” said Abou Farhat. “Until today, women have not been able to secure seats in Parliament despite the large number of female candidates compared to before.”

In Lebanon, women lack many political and social rights, rendering them secondary citizens. They cannot pass their nationality on to their children if they’re married to foreigners, they remain largely unprotected from domestic violence and sexual abuse, and they are subject to 15 separate, religion-based personal status laws that regulate their personal affairs—among other issues.