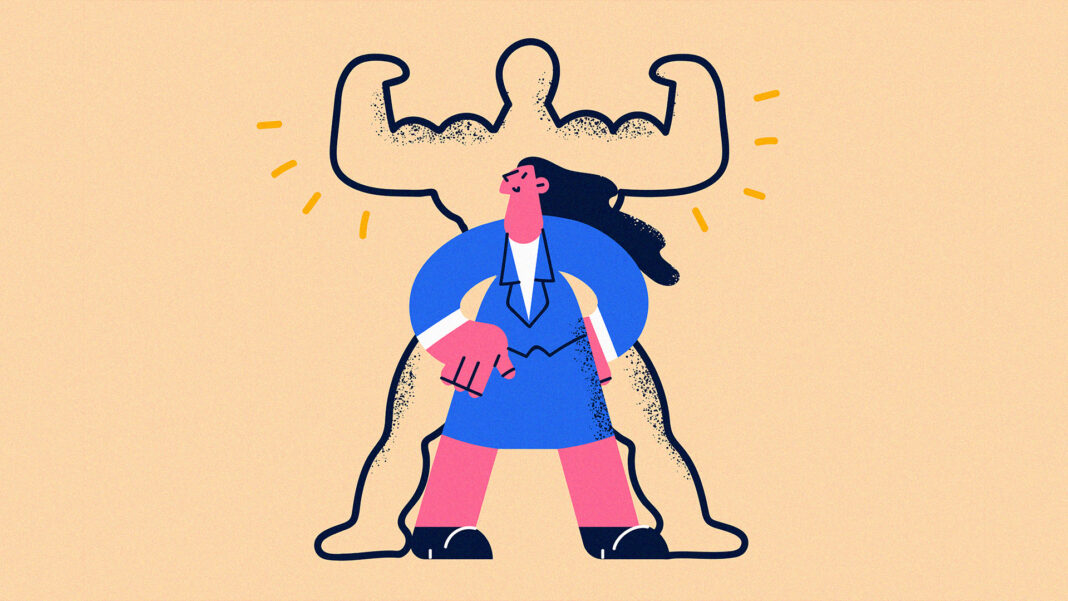 Political parties and movements across Lebanon have begun preparing for the upcoming parliamentary elections, set for May 2022. Some have resorted to distributing “food boxes,” helping facilitate the process of obtaining a ration card, or even renovating roads as part of their campaign to lure in voters.

Few Lebanese have sought out more democratic and transparent means, in the way that Fiftyfifty has opted to adjust the current electoral law.

The Lebanese non-governmental organization proposed a women’s quota to ensure female participation in parliament, demanding a minimum of 26 seats allocated equally among christian and muslim women.

Women in Lebanon still suffer from a lack of representation in state institutions and marginalization in politics. For example, only 6 women currently hold seats in Parliament out of a total of 128 deputies.

Fiftyfifty launched to counter figures like that, aiming for gender equality in both the public and private spheres with a focus specifically on increasing the number of women in public leadership positions.

Since 1953: Hurdles facing women in politics

Lebanese women have demonstrated the necessary knowledge and skill set to enter the electoral race since they first gained the right to vote and run for Parliament, Fiftyfifty founder Joelle Abou Farhat told Beirut Today.

The law granting women their political rights was approved in 1953. The first woman to enter the Lebanese parliament was Mirna Al-Bustani in 1963, winning by acclamation to fill the vacant seat left by the death of her father Emile Al-Bustani.

Almost 70 years later, our laws make up a major hurdle for women in politics seeking out a parliamentary seat. Several other obstacles also stand in their way—including a dominant misogynistic mentality and the failure of political parties to encourage women to run for public leadership roles. A quota can help counter that.

“We need to start from somewhere specific. Women have the freedom to run inside or outside the quota,” said Abou Farhat. “We can get to a place where women hold half of the seats in parliament. I feel sorry for so many women who have tried time and time again to reach parliament since 1953 without a female quota.”

The importance of having a quota for seats, not just candidates

According to Abou Farhat, the latest electoral law stopped women from taking up decision-making roles.

In 2017, Lebanon adopted a proportional electoral system across 15 major constituencies. A voter would choose one list and may then give their preferential vote to a candidate from that list, for a seat in the voter’s minor constituency. The system did not set a quota for women in the House of Representatives, nor did it adopt measures to boost the participation of women in public leadership roles.

Despite being a “proportional” law, the existence of a preferential vote pushes citizens to vote for their traditional (and historically, male) sectarian leaders. The law, then, is unfair to women.

“What distinguishes Fiftyfifty’s proposition from other laws is that it proposes 26 seats solely for women across all electoral constituencies, equally distributed between christians and muslims,” said Abou Farhat. “The law also requires 40 percent of all candidates be women, putting the list at risk of not being registered if it falls below this percentage.”

In 2018, only six women secured seats out of the 86 female candidates running for Parliament—comprising 4.6 percent of the 128 seats and two more women than the previous council elected in 2009.

Parliamentary Speaker Nabih Berri once proposed a law allocating a female quota of 20 seats. Former Prime Minister and current PM-designate Najib Mikati once proposed a quota that ensures 30 percent of women as candidates. The latter’s proposition, according to Abou Farhat, may not actually be effective if applied.

“Studies have shown that 30 percent of women as candidates may not help women actually reach parliament, which is why we need to allocate a certain number of seats in parliament for women to have equal opportunities to succeed or fail as men do.”

The law proposed by Fiftyfifty gives women the right to run within or outside of the quota, which Abou Farhat defined as an absolute necessity.

“Until today, women have not been able to secure seats in Parliament despite the large number of female candidates compared to before,” said Abou Farhat.

Lebanese women are ready, willing, and have the ambition to enter the world of politics, according to Abou Farhat. They broke into different work fields decades ago, with some syndicates estimating that women comprise between 30 and 50 percent of their members, and they do not lack the skill to enter parliament. But the issues they face are systemic, and discriminatory laws stop them from flourishing.

Abou Farhat highlighted how women in Lebanon do not have all of their political and social rights: Lebanese women married to foreigners cannot pass on their nationality to their children, women cannot open up bank accounts for their children, and remain marginalized and unprotected from domestic abuse and physical violence across Lebanon.

The 15 separate, religion-based personal status laws to regulate personal affairs have also prevented them from gaining their full civil rights—although Abou Farhat mentions that religion does not prohibit women from taking up public leadership roles.

Lebanon: The Arab World’s only “democracy” but lacking in women’s rights

By taking up the quota as a temporary measure to ensure equality, Lebanon would be following in the footsteps of 128 countries around the world. The country would ensure that its parliament truly reflects the people it is representing, encourage the increased political participation of women, and rectify under-representation across different political bodies.

“Lebanon is the only democratic country in the Arab world, but it unfortunately ranks 18th with regards to female representation in parliamentary councils,” said About Farhat. “It has failed to take any measures to push and motivate women to work on the frontlines of politics.”

She gave the examples of the United Arab Emirates which, in stark contrast to Lebanon, has divided seats equally between men and women. She also mentioned Saudi Arabia, which has allocated 20 percent of its seats in parliament for women.

All Arab countries have preceded Lebanon when it comes to setting electoral quotas, which vary between 20 and 30 percent.

The quota proposed by Fiftyfifty can push the country forward. “The members of the organization are going to do a tour of the parliamentary blocs, emerging political groups, and opposition parties to show them our proposed law,” said Abou Farhat.

“We’ll consult them and try to pass the law, and we’ll keep on working until women comprise a substantial parliamentary bloc (30 – 45) that can change unfair laws and take part in public discourse and reform efforts.”

Many proposed laws have sought justice for women, who often work behind the scenes for the betterment of society. The quota is necessary for the greatest number of women—who are most knowledgeable about what they are lacking in society—to take up seats in parliament and implement change.