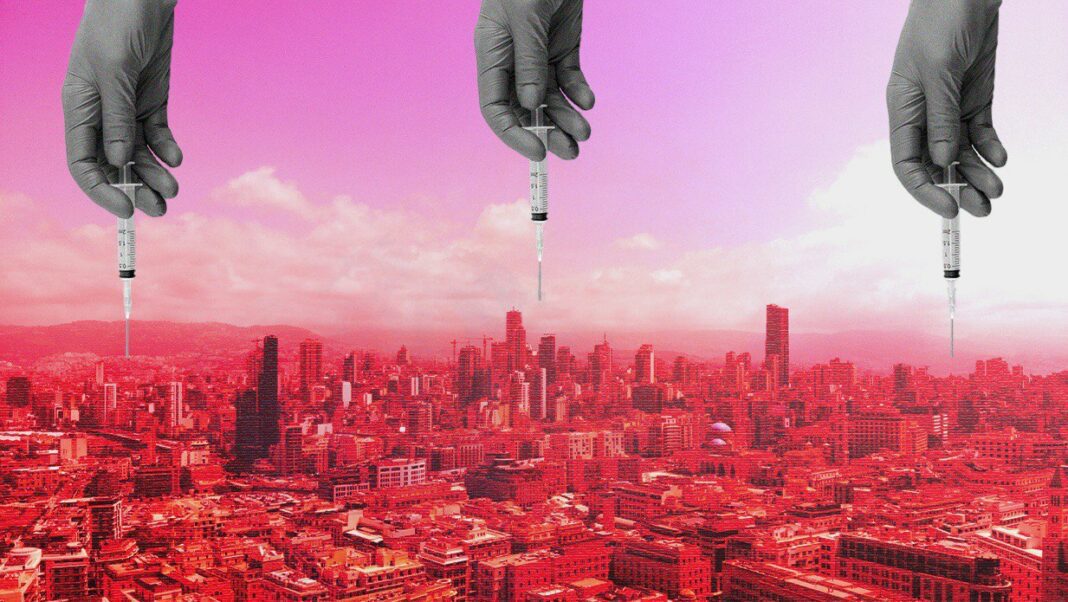 Public and private efforts to combat the coronavirus outbreak in Lebanon persist, with the vaccine at the forefront of the uphill fight. Yet a third of the country remains vulnerable and in danger of catching the virus without any protection: Syrian refugees.

Statistics from the United Nations (UN) in Lebanon show that the number of coronavirus-related deaths among Syrian and Palestinian refugees are threefold or fourfold more than those of Lebanese citizens—bearing in mind that one out of every three people in Lebanon is a refugee or an immigrant, but that the percentage of vaccinated individuals among their ranks remains low.

“No one is safe, until everyone is,” UNHCR spokeswoman Dalal Harb told Beirut Today, pinpointing the phrase as the core principle guiding the UNHCR’s involvement in Lebanon’s vaccination plan. To achieve “herd immunity,” Lebanon needs to vaccinate 70 to 80 percent of its population—impossible without the inclusion of refugees.

Who has been vaccinated so far?

According to the World Health Organisation (WHO) and up until September 28, 2.57 million vaccine doses were given to Lebanese, 60,813 given to Palestinians, and 71,131 given to Syrians in Lebanon.

Over 2.67 million individuals—or 49.2% of the population over 12 years old—registered on the Impact platform to obtain the vaccine since the campaign started on January 28 and until September 28, including more than 119,000 medical workers.

Last May, Human Rights Watch (HRW) criticised the Lebanese government’s inoculation campaign against the coronavirus for ignoring marginalised communities, which include refugees and immigrants.

The need to overcome fear and communicate better

Harb told Beirut Today that the national inoculation campaign has targeted everyone in Lebanon, including refugees, since it was first launched. According to the UNHCR, ensuring the inclusion of refugees in Lebanon’s vaccination campaign is essential to ending the pandemic.

The spokeswoman mentioned that a high percentage of both Lebanese citizens and refugees are skeptical about receiving the vaccine, attributing the cause to fear of possible side effects.

Refugees face an additional layer of fear when it comes to being vaccinated. Some displaced people live in fear of being arrested, detained or even deported should they register on the Impact platform, especially if their residency in Lebanon is illegal or their documents are not in order.

Their fears are partially driven by the lack of communication from authorities, with HRW highlighting that the Lebanese government did not work on reassuring refugees that the vaccination process is protected from security measures related to deportation. It also has not submitted accurate or up to date information to Syrian and Palestinian refugees on the vaccine and how to register.

Spreading awareness and reaching remote groups during a crisis

Like other international organisations, the UNHCR supports the national inoculation campaign through raising awareness campaigns related to the vaccine, which Harb says remains the best available option to protect individuals and their families.

Harb added that the UNHCR sets priority according to age groups defined by the WHO and the Lebanese Ministry of Health. In just two weeks and despite the challenges and obstacles facing displaced people, UNHCR contacted those over the age of 75 to set dates for their COVID-19 vaccines.

To help deal with mobility and fuel issues in light of the economic collapse, the UNHCR launched a mobile vaccination campaign with an experienced and trained team under the leadership of the Ministry of Public Health to vaccinate the displaced in remote areas.

“To ensure that this campaign reaches the largest segment possible, a media and advertising campaign was launched to inform the displaced that vaccination is necessary to protect them and society, and that it is free,” said Harb, going on to praise the massive efforts of volunteers, workers and partners in this field.

The UNHCR adopts behavioral science strategies to help change the opinions of the displaced about the vaccine throughout its awareness campaigns, added Harb.

The Ministry of Public Health also announced the launch of a national campaign in the coming weeks to raise awareness about the importance of getting vaccinated and limit the spread of COVID-19.

The Ministry of Public Health also stressed the right of all persons residing on Lebanese territory to obtain the vaccine, free of charge and with the highest safety standards guaranteed.