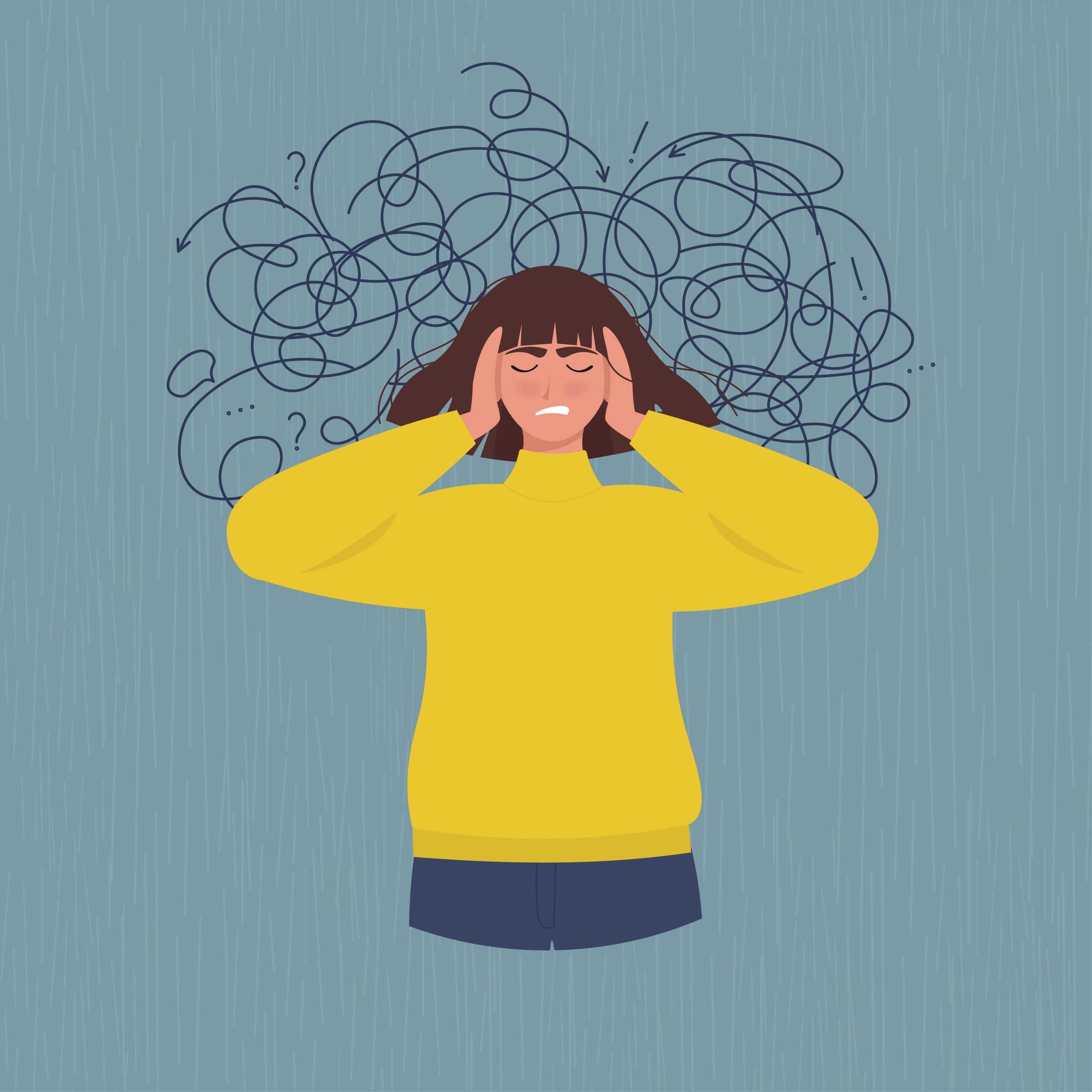 After the Beirut blast, Ghia Haddad’s constant view of Lebanon changed. The young activist grieved and mourned over the country as “someone who died,” triggered when the slightest inconvenience disrupts the country and struggling with symptoms like insomnia and sensitivity to loud noise.

We live in a time when anxiety –and a whole lot of it– has become the new normal. We struggle with everything from peer pressure on social media and extensive work stress to the most modern, stressful, and common topic nowadays: the COVID-19 outbreak.

We also live in a place where everything that can trigger anxiety, including feelings of unsafety, uncertainty, financial instability, the fear of losing loved ones, and traumatic experiences that are  poured into one bottle and flowing over the brim.

As Lebanon is dragged to the battlefield against an economic crisis, a corrupt government, and the remaining pieces of a blast that shook its heart, the people of this country are struggling with a concept that one Lebanese therapist describes as “Lebanxiety.”

Karim Khalil coined the term to give Lebanese people a common piece of word to relate to, regardless of the actuality of the term itself.

“It is not an actual disorder,” said Khalil, who is devoted to raising awareness about mental health and providing tips and tricks on how to improve our well-being via his Instagram account @psykarim. “I only created the term because I saw that, in Lebanon, we are truly facing problems that are unique to us.”

“Lebanxiety” mainly focuses on the factors caused by the situation in Lebanon and how it can be reflected into the anxiety of Lebanese people in specific. Some of its symptoms include having trust issues due to a dishonest government, being sensitive to sudden loud noises due to the Beirut blast trauma, and even living with the constant fear that everyone around you will leave.

“It is really that uncertainty and fear that made me want to talk about anxiety in our society,” he told Beirut Today, explaining how his Instagram DMs were suddenly flooded with messages from people asking him for advice on how to cope with the uncertainty and the fear of living in Lebanon.

Ghia Haddad mourns Lebanon as someone who passed away, adding an extra layer of grief and sorrow over the country as a whole.

As we pass the one-year mark of the Beirut blast, painful memories are being reactivated as explosion-related content is heavily circulated on social media. Now more than ever, we could use every tip and trick to cope.

Khalil explains that it is very important to disconnect from time to time, detach ourselves from social media, and try to maintain at least one activity in our day to day lives that is constant and certain. From running at a specific hour of the day to painting or meditating, a specific daily routine adds a form of stability to our lives.

Haddad explains that escapist entertainment, such as binge-watching television series, helps her reduce stress and cope.

Most importantly, seeking the professional help of therapists can greatly ease mental anguish. Several free and low-fee professionals can help through initiatives by NGOs like IDRAAC and Embrace.

At the same time, accessible social media accounts like @psykarim allow us to become educated and aware about mental health issues, their symptoms, and tips to ease our struggles at times when many cannot afford consistent therapy sessions –given that the Lebanese lira has lost more than 90 percent of its value since October 2019 and unemployment is expected to rise to 40 percent of the population.

Given the amount of stressors we face everyday in Lebanon, dealing with “Lebanxiety” is normal and should not be looked down upon. The sheer amount of socioeconomic and political struggles equate to an added amount of psychological stress. It is okay not to have it all under control. In fact, it is only human. Even therapists like Khalil, well-equipped and well-versed in psychology, deal with it.

“At the end of the day I am a therapist, but I am human as well,” he said. “And this makes us as therapists more relatable to the client.”

You should not be told to “man up” the day you have a panic attack because the thunder struck a little harder and you thought the heart of your country exploded once more. You should not be told to “toughen up” when your heart beats a little faster, your knees get weaker, and the whole world feels tight on your chest when you watch the news tonight.

If you are having suicidal thoughts and/or feelings, please reach out for help. You can call the Embrace Lifeline in Lebanon: 1564.