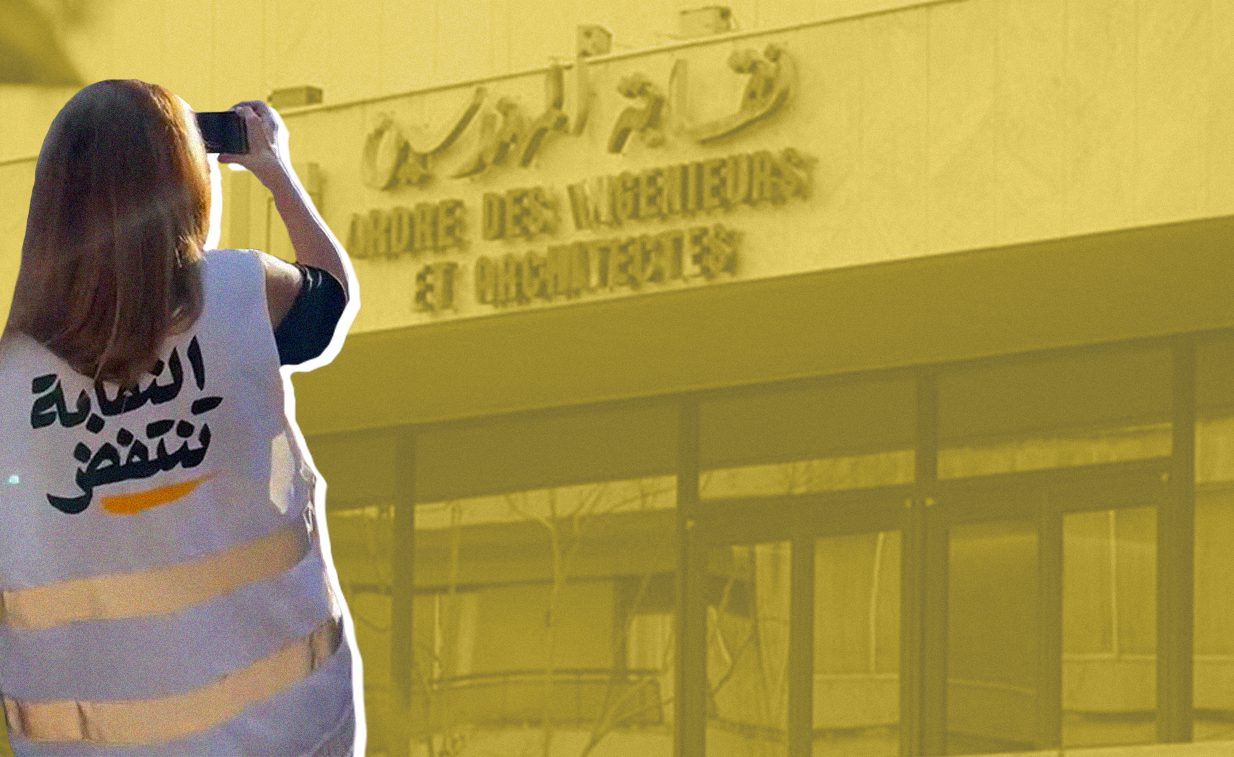 The independent Naqaba Tantafid coalition, or “The Syndicate Revolts,” earned 67 percent of all votes in a landslide victory during yesterday’s Order of Engineers and Architects elections.

The electoral coalition consists of a number of representatives from more than 20 groups active in the October 17 uprising, and was capable of securing the position of head of syndicate for its candidate, Aref Yassine.

Yassine won by a difference of 4270 votes, receiving a total of 5798 votes out of 8842. The list also succeeded in gaining 9 of the 10 board seats up for grabs and majorities on two retirement fund committees.

“The board is made up of 15 members, plus the head,” Abdul-Halim Jabr, engineer and member of Naqaba Tantafid, told Beirut Today. “Every year, five seats are renewed. Last year, there were no elections so 10 are being renewed this year, as well as the head.”

A total of 8842 voters turned up on Sunday to cast their ballots in the syndicate elections, with the Naqaba Tantafid coalition earning 4 times the number of votes than the combined total of political parties.

The coalition’s win is the second in less than a month. The first round of syndicate elections in June saw Naqaba Tantafid secure 221 of the 283 seats in the Council of Delegates and the majority in five council branches. Political parties secured a win in the sixth and final branch, representing architects and engineers working in the public sector.

Similarly in November 2019, the Beirut Bar Association succeeded in electing the independent Melhem Khalaf as its new leader.

Major political parties, including the Future Movement, the Free Patriotic Movement, the Amal Movement, and Hezbollah, allied to run in opposition in yesterday’s election.

In the months leading up to the elections, establishment parties ran rumours and smear campaigns on their media platforms, but were massively unsuccessful, as results will show.

“It wasn’t an easy day,” said Imad Amer, a candidate and member of Lihaqqi. “We were expecting a bigger turnout, but then we discovered that it’s actually the political parties who couldn’t mobilize… Political parties are the ones that came apart.”

Naqaba Tantafid considered Sunday’s victory to be a massive win for “the spirit of October 17” as they were able to “free the syndicate from the control of the ruling class” by securing a win solely based on prime candidacy and electoral platform.

On the day of elections, rumours spread that Yassine had already secured his seat to prevent people from participating in the elections, except that their awareness of the political circumstances pushed them to attend the elections regardless.