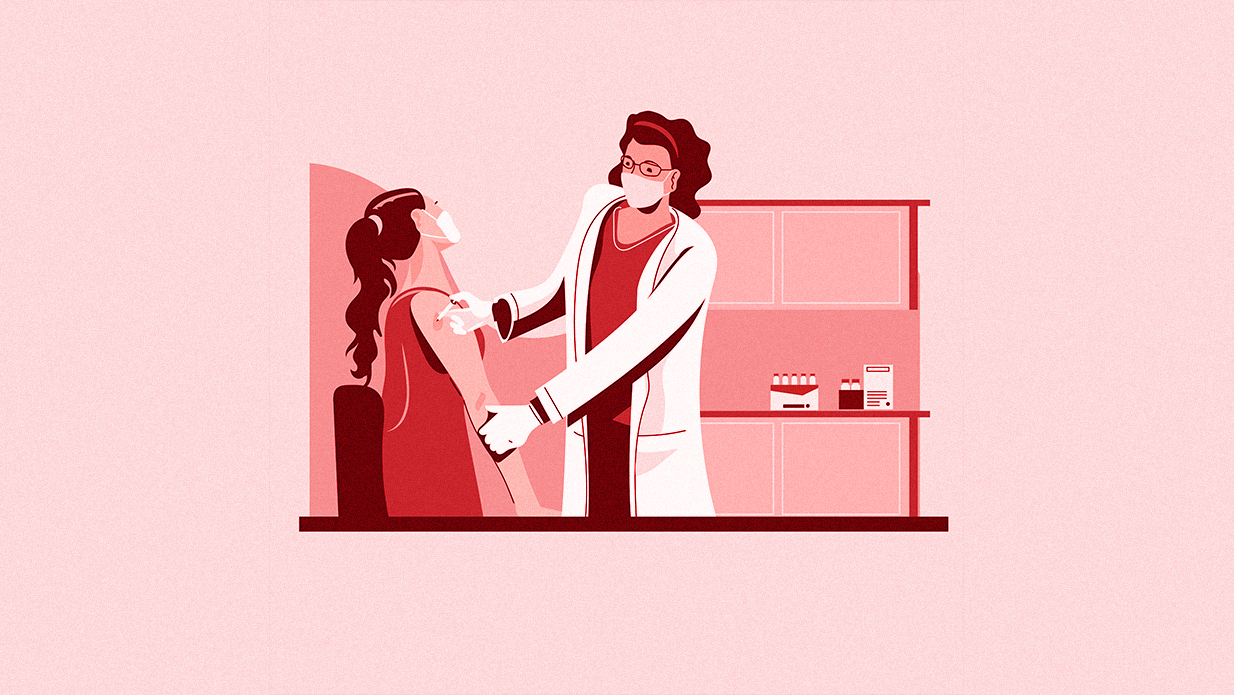 The term herd immunity is used to describe a situation when a large segment of the population has developed a collective immune response against a virus.

In Lebanon’s case, this is largely due to the fact that the country has been struggling under the weight of a massive outbreak of COVID-19 from the beginning of this year.

This was then amplified by the country’s unsuccessful lockdowns and slow vaccination campaign, leading many to obtain infections and develop antibodies against the virus. As such, less individuals are likely to be infected by the virus, thus massively contributing to halting the spread of COVID-19.

As of January, infections have been reaching highs of around 3K – 4K cases per day, after the government eased COVID-19 restrictions over the Christmas and New Year period in order to help businesses in light of the economic crisis.

The local positivity rate, which is a ratio of positive cases to the number of tests conducted, had retained highs between 9 percent to up to 20 percent. On Saturday, May 8, the rate reached a new low of 3.03 percent as cases finally began to decrease for the first time in five months.

The subsequent threat level for COVID-19 in Lebanon was lowered to medium threat after being on high since September 2020.

However, a new surge may occur if social distancing measures are lifted and Lebanon faces new, transmissible variants of COVID-19.

According to a report by the American University of Beirut’s Knowledge to Policy Center, Lebanon would require at least 80 percent of the population to be immune to COVID-19 for herd immunity to be achieved –which requires an expedited vaccine rollout with the least number of deaths and hospitalizations possible.

After months of outbreak, the country is expected to become the first worldwide to achieve herd immunity. However, virologists “have serious doubts whether a nation can indeed achieve the herd immunity,” as per an article by The Business Standard.

The article cites “waning levels of immunity after vaccination and the likely impact of new variants” as the chief causes behind these doubts.

Studies show that the sickest patients are often those that develop the strongest immune response, meaning that there is a direct correlation between the severity of your symptoms and the strength of your antibodies.

An article by the BBC states that “if the adaptive immune response is powerful enough, it could leave a lasting memory of the infection that will give protection in the future.” The article cites a study by Public Health England (PHE) which states that individuals are protected for “at least five months” after infection.

But while infection does guarantee the production of antibodies, it does not guarantee long-lasting immunity since not every individual is guaranteed to produce an equal amount of antibodies.

It is not yet known if individuals who had suffered only mild symptoms are capable of developing a sufficient adaptive immune response, meaning they are susceptible to harbouring the virus once again.

Scientists have their doubts about the possibility of reinfection, stating that it is rare and unlikely to happen, but not completely impossible. Additionally, even if an individual is protected from the virus by their antibodies, they are still capable of harbouring it and passing it on to others.

While herd immunity seems an effective solution to curb another COVID-19 outbreak, it is unlikely to remain effective in the long-run as developing long-term immunity is a difficult task.

Since COVID-19 is still an incredibly new variant of coronavirus, it is unsure whether the vaccine will be able to provide lifetime immunity or we will need to develop booster shots, as with the flu. As of now, vaccines such as Pfizer, Moderna and AstraZeneca provide 90 percent immunity against the virus following a second dose of the vaccine.

Protection now lasts for up to 6 months, potentially even for longer periods, although this is still under study.

Yet vaccines remain the most effective method of developing a sufficient immune response against the virus, as it guarantees the production of an equal amount of antibodies amongst individuals, thus contributing to the slowing down of spread.

Should the country fail to speed up its vaccination process, it may soon face another mass outbreak of COVID-19, further straining its healthcare system.