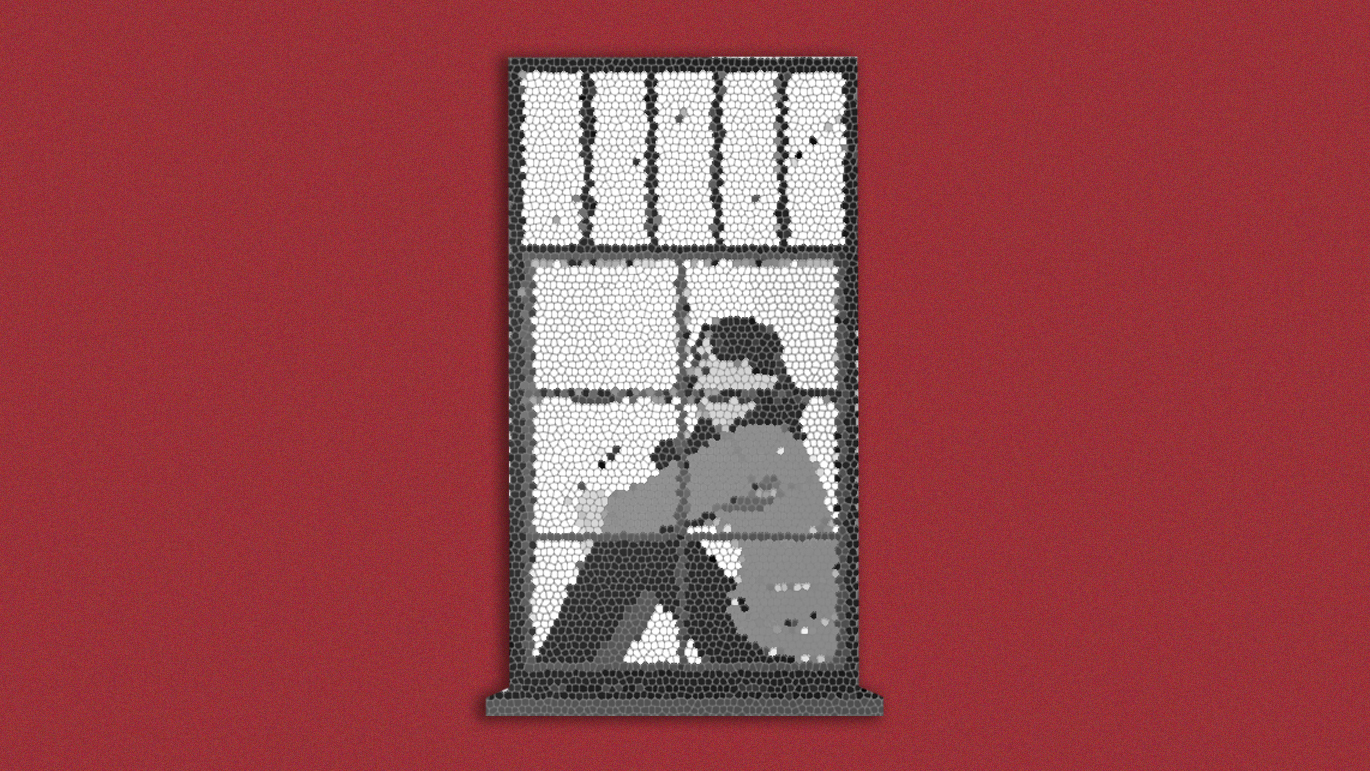 What you’re feeling is normal: On Lebanon’s pandemic fatigue

A friend in need is a friend indeed; that’s how the old saying goes, but what happens when the world is struck by a global pandemic, leaving almost everyone in need of some kind of help –emotional, material or otherwise?

With the surge of the coronavirus pandemic, a lot has changed in our day-to-day lives. Social gatherings have become distanced when in the absence of a lockdown (or online all together), education has been moved from a book to a tablet, smartphone or laptop, and work is now rarely from behind an office desk anymore.

“The virus is mutating, the cases are increasing rapidly with the new strain, and the number of deaths is increasing as well. There is no ‘end frame’ or clear ‘timeline’ as to when life will finally go back to normal,” said mental health professional Leen Farhat.

A study conducted in Spain in January of 2021 involving over 9,000 healthcare workers across the country proved that around 28% of the personnel were suffering from major depression due to the COVID-19 pandemic. The study also showed that these workers additionally suffered from anxiety and sometimes resorted to drugs or alcohol for relief. All over the world, employees from different fields of work have become burnt out.

Ever since early 2020, countries have been taking different measures to reduce the mitigation of the coronavirus pandemic and limit its effects. Some countries have been on total lockdown, closing off borders and the airport for months, while others have been rather lenient with their measures in hopes of reaching “herd immunity” or simply for the lack of resources to afford a full lockdown.

A Series of Lockdowns in Lebanon

Lebanon confirmed its first coronavirus positive case on February 21, 2020. Soon after, the cases began to increase and Lebanon imposed its first lockdown on March 15. The airport, seaports and land entrances closed as of March 18.

Come May, Lebanon had already been in its second total lockdown. Prior and following the second lockdown, the government would intermittently impose curfews and different measures that citizens were to abide by such as social distancing and obligatory masks.

During these lockdowns, a quick look at social media showed that some people were able to cope well with the stay at home. Many people had developed personal routines, including working out, baking and/or cooking, or picking up a new hobby such as learning a new language or an instrument.

“In the beginning, we were more scared of the virus. What was out there was scarier than the idea of quarantine or isolation,” said Farhat.

Parents and caregivers were also affected by the series of lockdowns imposed, as students were forced to switch from learning in a classroom to learning from behind a screen. Many parents expressed concerns about how that might affect their kids’ learning abilities as well as their mental health.

Not only so, parents and teachers alike were struggling to keep students engaged, while university students found it harder to attend classes due to lack of motivation, especially with the unstable internet connection, electricity cuts and economic crisis.

“At first students were excited [about staying at home] but as the time passed, most started to miss classes,” said Ali Dokmak, a high-school biology teacher at the German International School of Beirut. “Academically, a lot of students benefited from the lockdown, especially those who had struggled to communicate in class, as it provided them with alternative methods to express themselves while others ‘benefited’ from the usual excuses of no internet or no electricity to avoid or skip classes.”.

After the August 4 explosion, the country witnessed a surge in cases as some hospitals were unable to function and many people were still in disarray. The country officials took a decision to, once again, close off the country, with minor exceptions this time. By then, the airport was no longer closed off, and especially after August 4, different non-governmental groups and individuals were allowed to continue their work managing the aftermath of the disaster.

The coronavirus measures that followed, coupled with the effects of the blast, were brutal on some.

“A part of all of us was shattered and a piece of our heart was permanently broken on August 4,” continued Farhat. “We all lost something or someone that day and a lot of us are still grieving up to this day, whether we were affected directly or indirectly.”

In October, some villages and towns were closed off. In November a nationwide curfew was once again imposed. But the real surprise came in December, when government officials decided to keep the country open during the holiday season.

Little to no measures allowed visitors to easily come in and out of the country easily and visit restaurants, markets and clubs. Tony Ramy, president of the Syndicate of Owners of Restaurants, Cafes, Night-Clubs & Pastries, wanted people to be “dancing on table tops” during this time –and that is what happened.

As the country entered the new year, Lebanon was once again put under lockdown after a significant increase in cases and deaths as a consequence of the negligence in implementing measures the months before. People blamed the government first and foremost, and the recklessness of those who were partying secondly.

How Has This Affected People?

During the early COVID-19 days, and despite the ongoing economic crisis, it had been easier for some people to create and stick to a routine. Some resorted to working out, some to baking, spending time with family while others created a to-do list and sought to complete it.

But failure after failure from the government has only made it harder for people to willingly stay at home, especially those who do not have the privileges the rest of the population might enjoy. Of course, the increasing poverty and unemployment rates while prices continue to skyrocket also factor in.

“People no longer have access to their basic and human rights: shelter, food, water, hygiene, clothes, and education. All of this is now a privilege” said Farhat.

Others were unable to stay in because of more personal problems, such as having abusive family members or housemates or mental health problems. “To some people, their homes are not necessarily a safe space. But I know these are exceptional cases and may not be the cases of many, but it is important to acknowledge that they exist,” she added.

Different minority groups in the country, like refugees and migrant workers, have also been highly affected, especially given that the state has failed to offer any substantial help. While non-governmental institutions have filled in the gap left by the failed government time and time again, there is only so much these institutions could do.

“Definitely the first step is to reach out to these minority groups, assess their needs, and always provide them access to the needed information, services, and equipment to ensure their wellbeing and that stay updated and safe” commented Farhat, who currently works at an NGO.

Meanwhile, this has been Dokmak’s first experience teaching online. Despite entering his seventh teaching year, coping with the stress of  online teaching and the lockdowns has not been easy.

“Being an ADHD patient, dealing with long repetitive tasks or actions was already one of my weaknesses, and having to spend long times at home doing the same thing over and over again has been a struggle,” he said. “There have been many moments of depression, anxiety and other issues and with the lack of my support system and the proper professional support I need, I must admit it has not been easy at all.”

Farhat recounts that during the first lockdown(s), we were more afraid of the “unknown” virus and had a willingness to comply with staying at home.

“We also thought it would be temporary, that it’s a short phase and it will pass,” she said. “We were still hopeful and had some energy in us to fight this pandemic in the best way possible while still coping.”

But after a year, and especially in a country facing an economic crisis, political turmoil and unrest and a crumbling healthcare sector, it’s normal that people are getting tired and more hopeless.

“The intermittent lockdowns cause a lot of disruption in established routines. This quick response to adjust to enforced situations is very draining and frustrating. All these factors can lead to a sense of sadness or even depression. In the end, you feel like what’s the point? We miss and are grieving our old lifestyle.”

Words of Hope, Or Just Words.

“Our home was just limited to a personal space for us where we can relax, feel comfortable, and unwind. Now, with everything being online due to lockdown, our home has become the place where we take classes, study, work, exercises, etc.. This is unhealthy to a certain extent,” said Farhat.

What’s to come is still unclear. Lebanon should be receiving the first doses of the Pfizer vaccine this month and will begin administering it to high priority personnel in the first stage including healthcare workers, older people and those with underlying health issues. The Ministry of Public Health (MOPH) has issued a plan for the vaccine, and those interested can sign up by calling or by applying via a link.

But what about people’s mental health for the time being? The MOPH had launched a COVID response plan earlier and have already worked on and launched their plan for 2021 which includes a lot of psychosocial support services and psychoeducation and awareness content for NGOs and others to use in their campaigns both online and offline.

On the other hand, Farhat highly recommends that people translate their emotions into something more practical by setting some realistic demands or goals, keeping in mind the resources available to them. She also highlights the importance of having a support system to stay in contact with, processing feelings and contributing to society in any way possible. Farhat stresses the importance of disconnecting from news and media, and breaking down tasks into smaller and more achievable ones.

“Don’t see your progress as climbing up a ladder and reaching the top, see your progress as a straight road with small milestones along the way that you set to reach and achieve at your own pace,” she said. “If you walk backwards, it is only to revisit a strength or achievement that has once helped you that you would like to be reminded of to give you the fuel to keep going.”