Beirut Today
Home Better Living What do we know about the Pfizer-BioNTech COVID-19 vaccine? 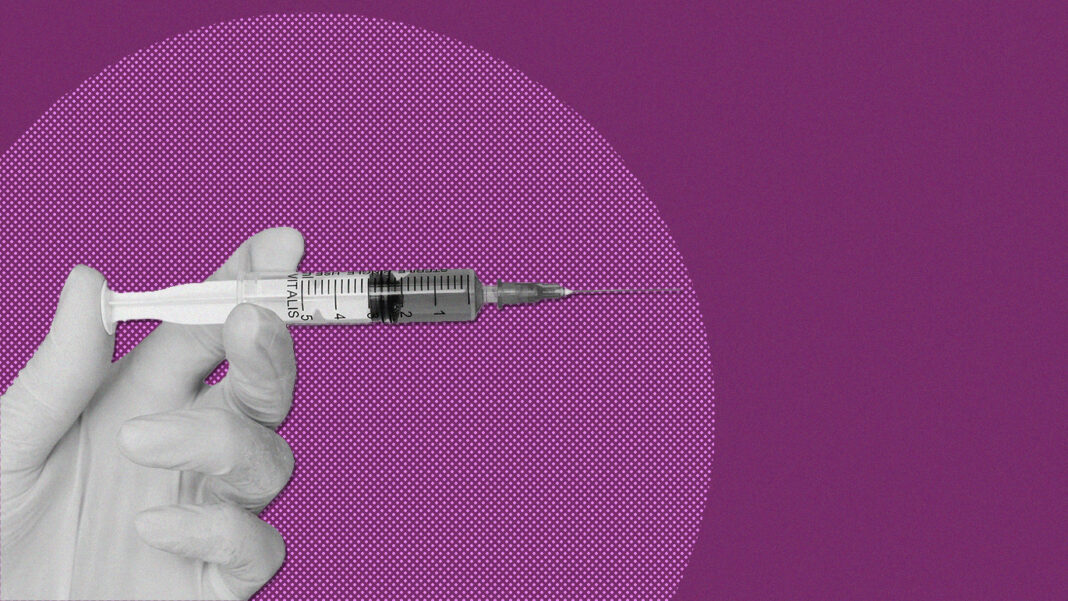 Lebanese authorities announced a three-week lockdown to curb the high number of daily COVID-19 infections that have threatened the country’s healthcare system.

Starting Thursday, the total lockdown includes a curfew that begins at 6 pm, a reinstatement of the “odd-even” license plate rule, and a reduced capacity of arrivals and departures through the airport.

The recent surge in cases is accompanied by hopes in the arrival of the COVID-19 vaccine, with the Lebanese Ministry of Public Health’s media office recently confirming that the Pfizer-BioNTech vaccine has received “Emergency Use Authorization” and gained approval by the Ministry’s scientific committee.

The statement originally added that “Lebanon will receive the vaccine in mid-February, in batches, so that 15% of citizens will be covered.”

It was also specified that the Ministry of Public Health has negotiated a deal with COVAX, a global collaboration by the World Health Organization (WHO), to receive more vaccines to cover an additional 20% of citizens.

Last month, Health Minister Hamad Hassan had also confirmed that Lebanon was expected to sign an $18 million deal for the new Pfizer vaccine to secure 1.5 million doses. Hassan added that the first batch is expected to arrive two months after signing the deal.

However, the head of the government’s emergency health commission told The Daily Star today that the first shipment of vaccines “could be 60,000 [doses]” and that “by the end of July, we should have the 2 million doses.”

The vaccines for COVID-19 are being produced at record-breaking speed, with over 50 vaccines in the process of development. Countries across the globe  authorized and approved seven vaccines, all within one year of recognizing the virus.

The enormous funding poured into the several scientific institutions at work partially led to the sped-up vaccine production and distribution process, as it allowed for an overlap of stages of vaccine development: What would normally occur sequentially was put to practice in parallel time, due to the urgency of the situation.

There is widespread relief but also skepticism surrounding the vaccine. Much of the apprehensiveness is a reaction to the novelty of the Pfizer vaccine technology and the speed of its production.

To better understand what we will be receiving, here is a brief break-down of vaccines, how they work, and how the Pfizer vaccine will affect our bodies.

How do vaccines normally work?

The function of a vaccine is to introduce part of the virus, such as COVID-19 to your immune system so that your body will be able to combat it more easily. By teaching your immune system what the virus looks like, you prepare it to quickly and vigorously attack it in the event of contraction. In this way, vaccines prevent you from becoming seriously ill with a disease.

Traditional methods of making a vaccine usually include weakening the virus, inactivating the virus, or using a small part from the virus to be introduced to your cells.

Weakening the virus is a method used so that when the virus is introduced to your body, it reproduces poorly and hence gives your immunity time to recognize it and fight it off. While a normal virus would reproduce thousands of times in your body, a weakened form would reproduce less than 20 times. Vaccines for measles, chicken pox and influenza are produced in this way.

Inactivating a virus means that it is completely killed and inactive when introduced to your body so that it has no way of reproducing and causing disease. The virus is still recognized by your body and so cells in the immune system are generated to combat the disease.

The third traditional method involves using part of the virus to be introduced into your body. A vaccine has proteins that reside on the surface of the virus. By injecting one of those proteins from the virus in a vaccine, your body can activate an immune response to it, familiarizing it for a potential future interaction with the same virus.

The Pfizer-BioNTech vaccine for COVID-19 uses a newer method of production which involves injecting genetic material called mRNA. Although this is the relatively new technology and is the first mRNA vaccine to be widely distributed, scientists have been studying and researching mRNA vaccines for over 30 years.

What happens when you take the Pfizer vaccine?

The cells in our bodies carry DNA in the nucleus, which stores the instructions important to the functioning of our cells and bodies. This DNA has a code sequence which is scanned and read by parts of the cell in order to make a complementary messenger RNA (mRNA) strand. This RNA strand codes for the production of essential proteins in your body which keep you alive.

What mRNA vaccines do is code for a protein, or part of a protein, that exists on the surface of a virus to be made by our cells that will then trigger an immune response when introduced in our bodies.

When you receive an mRNA vaccine, the needle injects mRNA carrying genetic instructions which only code for one small part of the COVID-19 virus. The spike protein on the surface of the Sars-CoV2, a harmless piece on its own, is what is being coded for in this case.

What occurs is, once the mRNA is injected, the cells use these instructions to make the spike protein themselves. Once the protein piece is made, the cell destroys these mRNA instructions.

The protein piece is then displayed on the surface of the cell, upon which our immune system recognizes that it is not supposed to be there and proceeds to build an immune response by making antibodies.

This will then prepare your body for the real virus by creating antibodies beforehand. The memory of antibodies is stored in certain cells called B-cells so that if you are ever infected again, your body knows exactly what to do.

Centers for Disease Control and Prevention (CDC) reported the Pfizer clinical trials lasted two months and included around 44,000 participants aged 16 or older. The results indicated 95% effectiveness at preventing COVID-19 sickness in people who have not contracted the virus before. This 95% applies to those who have received both doses of the vaccine. One dose alone has shown to provide 50% protection.

Common side effects include pain, swelling or redness at the point of injection on the upper arm, fatigue, headache, and chills.

Adverse reactions to the vaccine were very rare, with few allergic reactions.

What we don’t know

Plenty of unknowns remain at this moment in time, which contributes to vaccine apprehensiveness.

First, we do not know how safe the vaccine is for pregnant women, babies, children under the age of 16 or people with weakened immune systems.

We also don’t know how long the vaccine will remain effective in preventing COVID-19. The trials collected data over only two months, and it is unclear how effective it will continue to be beyond that. There needs to be more research done in order to find out how long immunity actually lasts.

It is also unclear whether vaccinated people can still carry the virus and spread it asymptomatically.

While the presence of the vaccine and its future distribution is a beacon of hope in an endless series of unfortunate events, the process will be a long one. We must not yet bask in reckless relief, especially in light of the new strain of COVID-19, now detected in Lebanon.

We must approach the situation carefully and not forget to continue to take the necessary precautions like wearing a mask, washing our hands regularly with soap, and effectively social distancing.